What kind of fighting game player are you?

Yes its was a wild ride and i’m sure it does it job getting new players into the area, and there a good part of the forum that does a grate job showing new player the ropes of the game.

But there’s one thing that new players may have over looked for a wile.

What kind of fighting game player are you?

This question sounds dumb or just odd to a new member to the FGC or to KI as a whole but it should be asked IF they don’t want to give up IF they don’t understand why a player who beats him every time when he can’t get to much of a good fight in.

Are you mind?
Are you heart?
Are you body?

with that being said what kind of fighting game player are you?

Every fighting gamer is a combination of all the types to varying degrees. I personally tend to play more from the heart and do well in the mind games. I am a ‘good’ technical player at best.

When I play, I wield the POWER OF FRIENDSHIP!

I believe in the heart…OF THE CARDS.

I love this forum.

I’m very much a heart player - I thrive on the conditioning and patterning of my opponents. It’s probably why I like HIsako so much, as she gets incredibly rewarded for being able to do this well

Behind that, I’m probably mind, although I’m not especially interested in finding out OS’s and the like on my own. I do try to make sure that I’m limiting the opponent’s options as much as possible though and am generally aware of my frame data, and I’ll pull out OS’s against certain characters or for certain situations. I’m not much of an execution monster, and am mostly content with having “serviceable” combos over optimal ones. Don’t throw a fireball at me though - we shadow through those

I don’t think “body” is a good way to classify the players. Since games don’t uniformly use execution as a way to tax power.

For the “body” character example, D’Vorah from MKX is brought up. I play D’Vorah in MKX (secondary to Sonya actually), and she’s quite a high-execution character because her pressure game requires some extremely tight links. Even pros drop F22 bug cancels.

But D’Vorah’s pressure game is inferior to Tanya, who in contrast, has both a better pressure game and an easier one to execute at that. So in MKX, execution, while required, is there as a side effect, not as “more execution = more powah”

What makes D’Vorah good is actually her neutral and footsie game, which is actually not high execution. The high execution part of D’Vorah is just an unfortunately arbitrary requirement to play a part of her game that isn’t even the core of her character.

The issue with having “execution” as a complete basis for a player type is this player type is completely subject to how the game treats execution, and if it allows for you to reap linear rewards for increasingly better execution. This is in contrast to the other types. There’s hardly a concrete limit with how good you can be at “mind games” or knowing the technical details of the game (heart and mind) because the game doesn’t have a way to regulate that.

KI kind of attempted to allow for the “body” player type in Season 1 manual system, and they had to fix it. The manual system gave linear rewards for execution. The issue was, once you got two Jago players who could nail links effectively it turned the combo system into a complete guessing game.

I am a mixture of all three. While I primarily want to make good reads on my opponent (heart), if I make a bad read I need the (body) component to be able to break accordingly. Also it’s always great to go the lab often (brains) to know my character inside and out as well as a knowledge of all other characters advantages and disadvantages in order to even MAKE said good reads (heart). And when my reads do make their mark and I go into a combo, I generally play the auto double-manual mixup game to decrease my chances of getting broken (body)

All in all, I agree to you do need a sense of all three types to be a very effective fighter.

I’m like 80% body and 20% brain. I’ve always been more intuitively inclined to simplify competitive games down to raw mechanics and technical skill, to the point where I often don’t care about the existence of any other skill the game has to offer.

i play alot of heart and slightly mind but my execution ( body) needs alot of work, especially in street fight i can never land a dp on the right side to save my life

Well I like the replies from the people where, now I have a question IF you’ve played me in the past on KI or any fighting game, what type of player do you think I am?

I think I am a mix of Heart and body (I.E Rush down) But I could be wrong.

I’[ll post a few videos of mine just so I know where I’m leaning and what I need to do to better myself.

(the games are USF4 and KI)

@Fwufikins these stats, what build does this give me? Lol 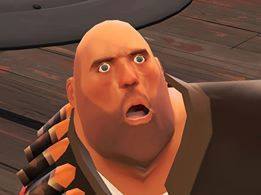 On the topic of this thread.
I’m probably 20% Heart, 20% Brain, 10% Body, and 50% Profanity.
(More serious note: mostly brain and heart. My execution is pretty meh but I like figuring stuff out and playing by feel.)