What Kind of Aganos Merch Would You Like To See?

This is a thread dedicated to thinking up of ideas for stuff like Aganos shirts and what not. What would you guys like to see on a shirt? I’d like a shirt that has the 8 word lyrics of Polemos on it, or a render of Aganos with the peacekeeper and him having shades on and it saying something silly like, “Going clubbing tonight”.

I’d like to have some wrestling cameo merch with aganos. I mean look he’s “The Rock” and his ultra ever is “a flying elbow”. THAT’S GOLD.

I wish his mask was one of the accessory points so that way you could swap it out with a wrestling mask haha.

Also, as a side note, does anyone have a render of Aganos’ logo during character select in game? I know @FinchoMatic uses it as his avatar but I want to know if there’s a source for it or not

I want a full sized Aganos themed mech warrior to drive to work.

They need to make a life-sized Chunk statue. It’s just a giant boulder with a name plate reading “Aganos Chunk”

I’d wear this if it was made into a shirt 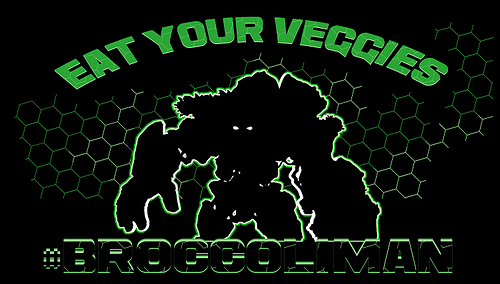 Picture this: A cyclopean wall in the background with a peacemaker club lying on the ground a little off to the left, a pile of rocks centered upon the wall, which is also upon the ground. His mask is centered upon the pile of rubble with a little flower growing off the pile to the right. His face(s) appear to be slightly tilted, as if it is gazing upon said flower, with a smiile and at peace.

Another shirt of his Win animation, specifically on the flower planting frame that says “Rest in Pieces”

Working on a design for a T-shirt of him in my free time actually. It’ll be based on one of the profile taunts for Aganos. I was thinking of using “A rock and a hard place” with Aganos using Ruin on Jago with a wall placed.

I want a Bonzai with Aganos pedestal.