Now is it I got double XP. I buy a double XP with gold so now I have 4x XP. If I buy another one will it keep stacking

the staking is only on the base XP

the only question I don’t have an answer to is if you can have more than 1 XP Booster active at a time (i.e. 3 day DBL XP booster + 1 week DBL XP booster).

If you are getting 100xp normally, with double xp you get 200xp. With another double xp that becomes 300xp.

So, the max that will be possible is 4 x baseXP.

But are you able to purchase multiple KI Gold Boosters and have them all active at the same time?

Or if you purchase more than one, it’ll be queued to the active one and only start when the existing expires?

@rukizzel are you able to shed some light on the topic?

I believe they cannot be stacked. Else we’d have level 50s who paid enough to get there in a couple of games

are you able to shed some light on the topic?

Just appends to the end of your current time. So if you have 3 days left, but 9 days more, you’ll have 12 days…

I think the VIP booster is actually in effect now but it’s only kicking in when I play on Hard or higher, or when I’m playing ranked.

Is this going to be the case when S3 goes live? Double XP should mean double XP.

Bio only in effect as of March 29th

What you’re referring to I’d the difficulty multiplier which was always there.

Nah, not that. I’m getting the x1.50 difficulty bonus but then a Booster Multipier x1.00.

You aren’t acquiring any bonus from the VIP XP until March 29th.

I know how to math very well. 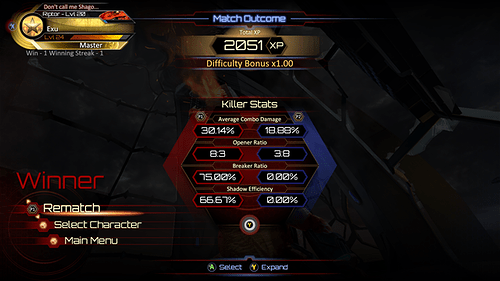 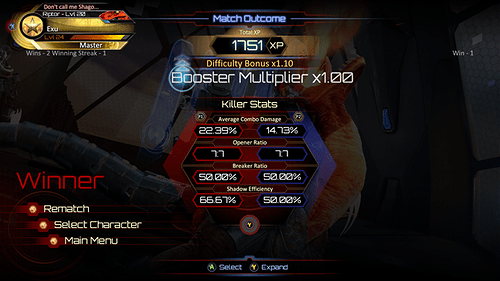 I have no idea why I’m getting a booster on hard mode, I wondered if it was perhaps due to the pre order affecting it somehow.
Certainly not complaining.

I’ll figure out what’s happening tomorrow morning. Unless someone can give a detailed explanation in the meantime.

But you’re not getting a booster. Looks at the number, it’s x1.

New development: Did a ranked match after going gold and didn’t get the booster anymore.

That’s what I thought, but when the animation plays it’s making the XP glow blue and then it “fizzes” into a higher number.

EDIT: No it’s not it’s just giving me the booster message for no reason. Harmless bug.