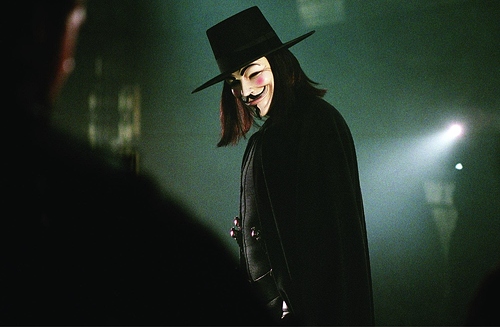 I would like to see him in KI so much.

The teenagers revolution idol, no pls.

Don’t we have shago and kim for that? Oh and hako?

He is the best.

Thing is, he doesn’t really have anything to do with Microsoft license-wise. He’d be more likely to show up in Injustice, since he’s a DC/WB property.

Kudos to you for licensing knowledge!

We can buy him

Or we can make someone like him. He could be ideal against a s4-gargos-possessed-ARIA-boss. A very evil ARIA is trying to destroy mankind. Common people wearing V’s costume and mask (or something similar) are standing against her. He could be a character with multiple selves in the story mode. Something like a good omen.

But gargos died in SL. Plus if could possess ARIA he would have done so already. Pretty sure ARIA is immune to possession.

He didn’t die. He became shadow energy. This shadow energy could cause problems to ARIA. That meaning of possession. We could have S.H.A.D.O.W. A.R.I.A… Peek your words for the initials.

Oh he died…gargos is no more.

The implication I got from the ending was that the lost shadow energy then became part of the rest of the cast, making them stronger.

Oh and that and the fact that he’s a guest…so yeah.

That shadow energy didn’t work in a good way with ARIA. She became stronger but in another way.

Guests should have connection to the story. Even an abnormal one.

Why? Not part of the universe. So no, keep them separate. That’s just asking for a plethora of problems (and not the good kind.)

What problem would that be to say that gargos’s portals drew accidentally or not creatures from other dimensions?

This would require a non canon spin-off mode. Which SL is not…so it doesn’t work.

Still better than having the characters (mimic skins, pics) and not being able to fight them. Plus KI is not a fully canon game (thanks to the expressionist movement) and that is something that makes it more fun.

Yeah sure let’s go with that.