Hi forum,
This is my first post and you may say “first cry” post but if any Dev. read this, just fyi.

I play FG about 20+ years ago and easly I can say KI (PC) has the worst Match Making system. EVER.
I’m an active SFV, MKX, TTT2, GG Xrd player and I have played countless FGs since 1995 and I really wonder why KI has a very very very BAD MM system… Even it passed 3 season! THREE!
If any dev did answer this question, I’ll be so happy to read it. But this is just a shame. Many of my FG-fan friends talked about KI’s enjoyment and I just started to play KI (XB1 but usually at PC), I played 60+ Rank matches. I know I’m a newbie player, my level knows it too but MM system doesn’t know somehow! Propably I faced 30+ Rank50 player. What the F? Why am I facing veteran players? WHY?

I don’t mean I can’t win them, I got many easy wins against Lvl50 players because this game is just for mashers (100%) but to a REALLY newbie, this game can give headaches and the final result would be a big “give up”.

KI has a newbie fighting mechanics indeed, easy to play but this unbelievable MM kills everything. Unbalanced rank challange would bring the end of KI. Just sayin’.

Someone being level 50 has nothing to do with skill - just means they’ve played the game (or that character) enough to unlock all their accessories. You could lose every game you ever play and still be level 50, or just beat up on the bottom tier AI and be level 50. Has absolutely no bearing on how good someone is.

As to the rest of your post - play someone who actually knows what they’re doing and see how far mashing takes you.

It is for mashers? What? The reason you can’t find people your level is because their isn’t a lot of people around your level.

Rank 50 just means they played the game a lot, not that they’re any good
If you feel like you can’t learn anything playing against high level players, go into Exhibition and set it so you only get matched with Bronze and Silver

I haven’t seen anything wrong with matchmaking on the Xbox side of things - I find other players just fine, usually within a minute or less of starting the search.

As for being matched with others of higher skill, their are 4 aspects to every player card to look at:

Also, the reason you’re fighting so many so-called veteran players is the same reason that you’d play so many veteran players in any other fighting game. The game’s been out for years now - you came in late, and it’s harder for you to adapt because there are far fewer players who are “still learning” how to play then there were when the game 1st released. This would be true of any FG, not just KI.

The game is not setup for button-mashers as you seem to think. You can button mash all you want and against ANY experienced player, you WILL lose. This game is designed around the combo system that has combo-breakers and counter-breakers, which allows for a great, and constant, 2-way interaction. This game is NOT easy to play as a result of that, since you can go ham with mind games against your opponent using them (when and where to break, whether you should, etc.)

Out of curiosity, are you playing with combo-assist on? I can see why you think it’s button-masher friendly in that case, but trust me - if they’re button-mashing, they still won’t win. If you do have it on, try turning it off,and then see how well you do.

This is 1 of the best (IMO), most interactive (FACT), and balanced (FACT) fighting games out there today.

You talk in general. Of course level number is nothing, I already said I beat many lvl50 players but being veteran means something. The game doesn’t tell me how the system chooses my rivals, so a newbie player can easly think that “level means a lot” and when the newbie players face lvl50 players again and again and lost a lot, this is bad. Honesly I faced 10-15 really but REALLY good players, they massacred me. Why? If the game can’t find any players around my level, I prefer to not play.

Now I’m at silver but when I was at Bronze, I matched many many higher level players. The game couldn’t choose any balanced bronze players for me and it was a little bit difficult to rise. Even at Silver, it still is. I don’t care “level means nothing”. A newbie player should not care about this, all I/we want to see balanced MM.

Of course “this game is old, no newbies for you kid” story is real but PC side is so new! There are so many blood to suck! Can I choose “PC only players” for Rank? like SFV did? No. Sorry guys but there is no way to defend KI’s MM system.

Mashing is another subject. I don’t want to argue this from here. Maybe another time. But don’t tell me what KI really is. I know KI till 2000s.

If the game can’t find any players around my level, I prefer to not play.

But it does. The game always searches for players around your level 1st, and then broadens the search to other tiers. The devs have openly explained this (even though it’s not visible in-game). There’s also a lot of other factors you’re not taking into account, like time of day, or just how many of each rank there is among players.

Yeah take me for instance, I became level 50 on single player solely. Played online and lost almost all the time lol

You have to also keep in mind that the ranks are still a bit out of whack after the reset at the beginning of the month. You’d think it’d level out by now but I’m still seeing S2 Killers in bronze and qualifiers.

because this game is just for mashers (100%)

Yet another person to join the forums just to bash it and knows nothing about the game. His account isn’t even 2 hours old.

lol. I already told this is my just first post. And I did’t even play 100 rank matches. I told what I think as a newbie. So normal to see that you can’t see what a newbie user see, how the game looks like from here.
From here this game’s MM system looks like crap. No offence.

I’m talking about you saying KI is just for “Mashers”. If you honestly think that, you have no idea what you’re talking about.

So normal to see that you can’t see what a newbie user see, how the game looks like from here.

You didn’t understand what I mean. Even if you reset your rank, you know how to play. You lost because your qualifier rivals are like you, veteran but looks like new. But I mean “brand new” KI player.

Also, no need to say relax. I didn’t give any $ to this game and I don’t think that I’ll give in near future. Even for a free FG, it’s not good to see this kind of MM.

Here is an idea for you. Go to exhibition and choose players from your rank. Done. Ranked is for competition. Don’t like that,do exhibition/lobbies.

KI has a fairly unorthodox matchmaking in terms of how newbies should approach it. Ranked mode is probably the worst thing you can do as a new player. Ranked and Exhibitions are terrific for intermediates and above. If you are a beginner and want to start learning KI, I think the best thing you can do is to build a shadow and play against other shadows. Many people’s shadows stick to one or two lines of attack, so by playing against a shadow you can learn how to beat certain things one step at a time as they reveal themselves to you. And it feels just like fighting real players anyways. Beyond that, you might want to try playing exhibitions with your own guidelines for rank. Be wary of allowing qualifiers in because they could be reset Killers. But if the person is pretty decent at KI, there’s almost no chance they will be in bronze or silver, as they will automatically be thrown into gold if their qualifier matches were like an 8-2 win/loss record.

And KI has nothing to do with “mashing,” though at the lower levels it can appear powerful.

I know your pain. It happened the same to me. In the first days of KI on PC, however, I faced a lot of newbies. But after that period, I managed to find killers even when I was in silver plus a TOP32 star when I was still in bronze (I have a screenshot).

Like Sasuke99l said to you, exhibition would help you a lot in practicing. But I suggest you to endure in ranked too, even against higher skilled people because you’ll learn a lot from them, even if that means getting bodied or penetrated in the backdoor 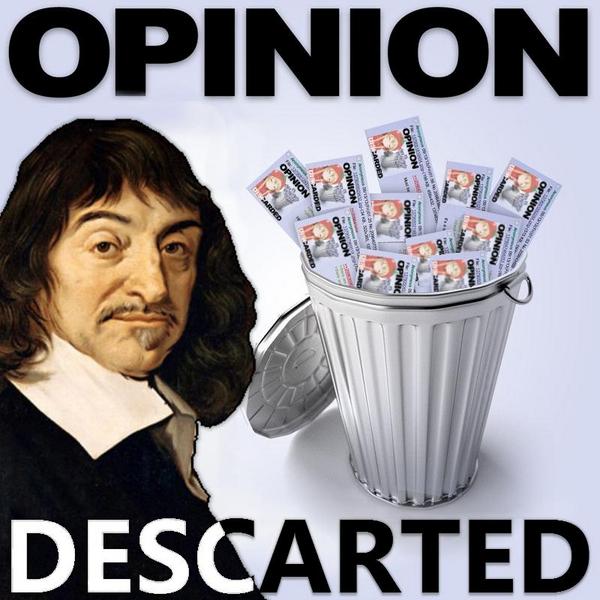 Ki doesnt go buy level 50… that just means you played many hours. KI goes by Ranked Tiers. Depending were you qualified and advanced to in ranked mode. If you are a bronze or qualifier you can go to exhibition and select search criteria to only match you up with your tier or lower.

But level 50 is not match making. I can play for 3 months straight, reach level 50 and still suck at that character or over all.

But again, tell me how MKX has a better match making or SF or any other fighting game?

Wait so instead of the game actually finding you a match, you want it to sit there looking for someone with EXACTLY as much hours as you… As of right now it searches for players near your skill level, then it broadens it so that you can find a match without too much downtime, I will take that over sf5 and mkx match making where it can take forever sometimes to find a match. I love mkx but ki’s match making is MILES ahead of mkx’s. Also for a veteran Fighter you seem to know very little on how match making works.