Trying To Learn BlazBlue. Anyone Playing?

Title says it all. Anyone play this game?

sometimes but only as Hakkumen

I’m having a lot of trouble with the game. They give every character SO MANY MOVES! How are you supposed to memorize them all?

Yes, I play it, but only the old one, Continuum Shift Extend. I have not purchased the newest one yet, because I am waiting excitedly for Central Fiction. I play Hazama, Jin, and Valkenhayn.

Hit a solid Break Wall in Guilty Gear so I decided to check its Cuter Sister… BlazBlue.

Man this game is complicated… but as long as the Execution remains consistent then there’s hope.

Still deciding on who I wana play… so far Kokonoe and Kagura are looking good to me… but Kagura and his Stance Cancelling Juggles are alil too difficult… like the game didn’t even go over any Hitconfirms or Normals… they just jump straight to the Drive Juggles.

So… who hits pretty ■■■■ hard for very little Effort ?

I’m not talking about Damage… I mean who’s got moves like Kokonoe’s BROKEN BUUNKAAAAH !!! 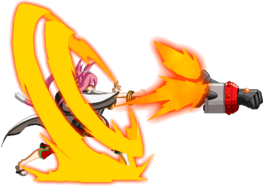 First time did that move I sat up straight and was like: “Where the hell did that come from ?!”

Who else hits that hard ?

Edit:
After a trying almost all the trials I have detetmined that only Tager, Susano and Azrael hit harder than Kokonoe… well o mean Platinum has some items that hit pretty ■■■■ hard (Frying Pan)… but I’ve decided to go with Azrael since he’s less Jail Baity. But that’s for way later.

In the mean time I’m fully dedicated to Kokonoe… I grinding through her trials…
Normal took me way longer than I’m proud to admit.
Hard started slow with Trial 1 & 2 but gained some good momentum until trial 5… it wasn’t difficult. I just couldn’t see because the super combo knocks the opponent so far up Kokonoe is no longer visible… after that it was smooth sailing until Trial 10… sigh… Theres no other way of putting it… Trial 10 is a Ramlethal Combo… its literally the same concept only much more difficult…

I was getting mad because the previous 9 Trials showed me things that I didn’t even know were possible and I assumed there was more stuff I could learn in The Expert Trials… but in order to even see them I had to beat trial 10 (I mean theres also youtube)… what a pain… but I did managed to pull it off. Sakonoko would be proud.

So the expert trials… hmmm… I have absolutely Zero intension of beating the Expert Trials… they are entirely way too long and impractical because the Damage Scales pretty ■■■■ Hard… I feel like 6 seconds in you’re only doing 1HP
With each hit and the Heat Gain seems to scale along side it… so yeah… theres no point.

I’l still attempt them… just to see how far I can go… but I really should start labbing and playing something that will hit me back.

Didn’t know where else to put this. 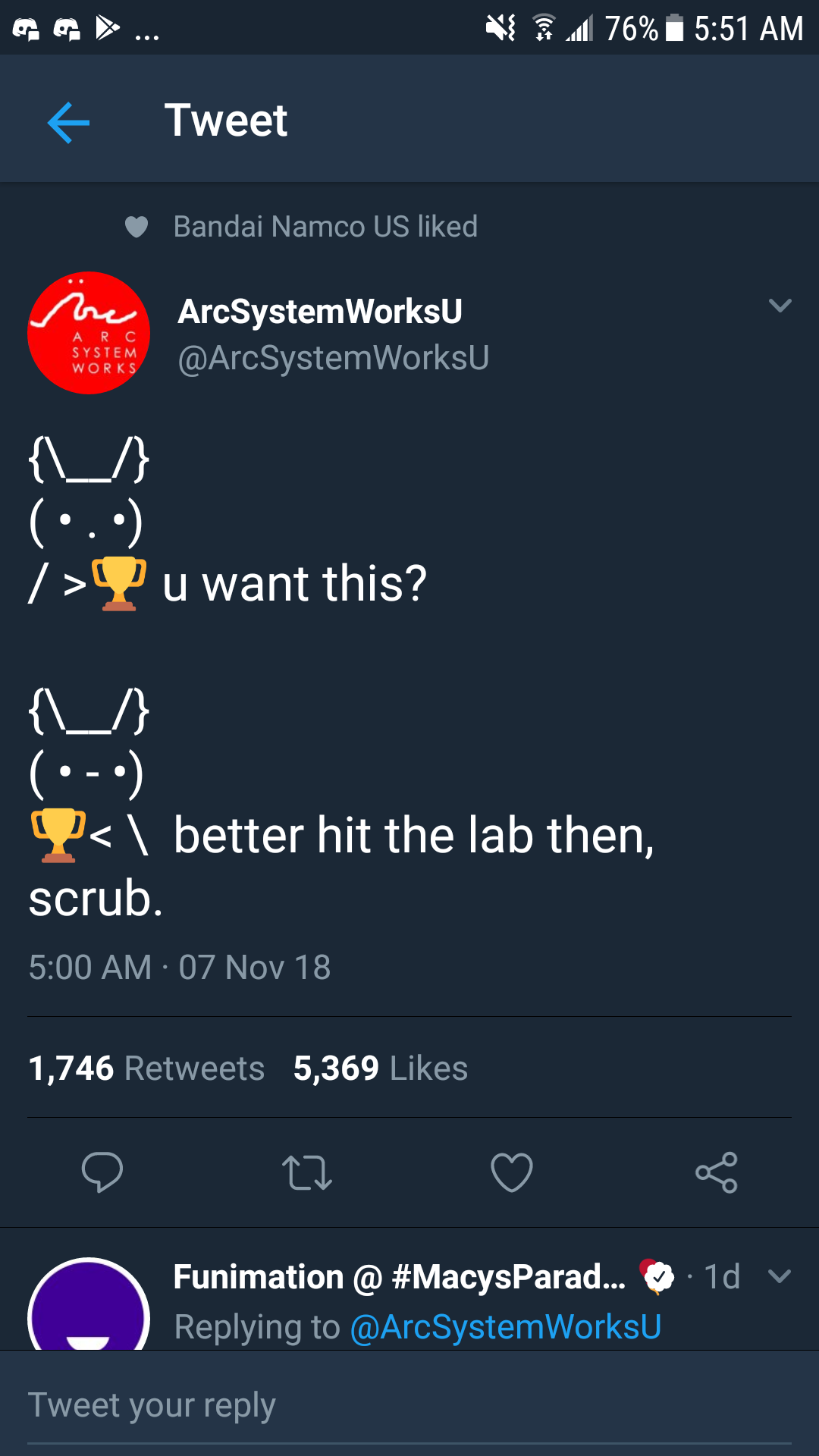 You know whats funny though… as good as the Training modes in ArkSys games are. They stil don’t come close to the leading Benchmark that is Skullgirls’ Training Mode. So really ArcSys is just Trolling…

What did they do to her that hurt so much ?

Also why do people keep insisting Makoto is a beginner Character ? Makot is Hard as Balls !!!

Slowly, they’ve been nerfing and making things harder for Makoto again and again.

She took her first real dive when CSEX came out. They messed with her Drives and damage output a bit so you had to learn completely new combos and such. Basically had to relearn almost everything.

That was just the beginning. In CP, they continued nerfing her base combos by changing and tweaking some hit effects. At this point, playing her online was pretty frustrating and there were characters that played her kind of game better.

I skipped CPEX as a whole so I can’t say anything about that.

In CF though, they once again took away some base things and replaced them with weaker options. In this game though, she definitely isn’t as bad as her past two iteration because they did make some changes that helped her. However, Nine was introduced. Not much else to say about that. The last nail in the coffin that I remember though was that in this game, her fireball no longer went full distance like it always has.

Also doesn’t her fireball go full screen if you use Level 3 Drive ? I thought it did.

You’re right about her though… given the Crazy ■■■■ other characters can do, her stuff seems alil too honest by comparison… especially now with Hibiki, he does similar things like Makoto but with more options and more potential for Shenanigans.

Does anybody know how to use Training Mode ? Specifically Dummy Options…

I can’t lab my stuff if I can’t manipulate the dummy.

Edit:
So apparently There’s no option to play back a certain move or any move as a reversal.

Also doesn’t her fireball go full screen if you use Level 3 Drive ? I thought it did.

This is what they took away. She doesn’t have it Cross Tag either

They should just give it back to her… shes not going to break the game with it… its just a standard projectile.

Edit:
Maybe its time to find a new main… Theres plenty to choose from… How about some Bullet ? Or alil Terumi… or journey to the dark side with SUSANOO !!!

Allright… I’ve become proficient enough with Kagura so he’s going to be my Back Up Character… I don’t need Azrael anymore. 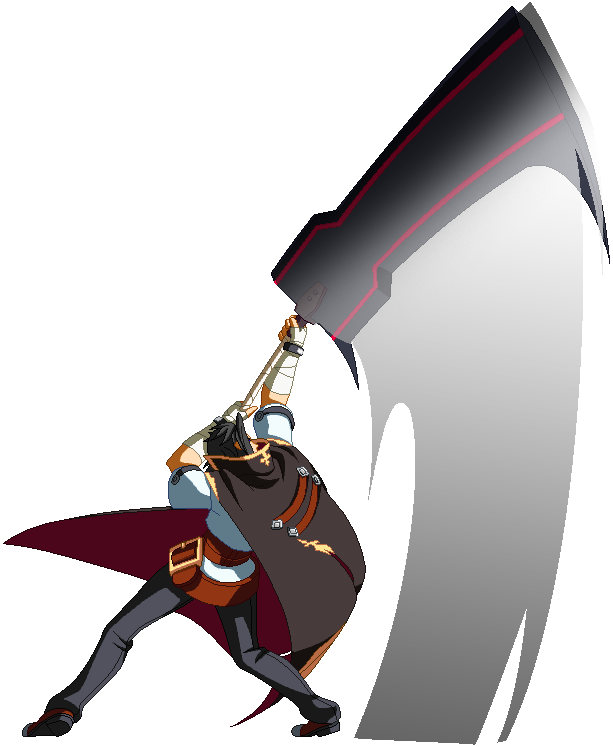 I did play Terumi for a bit, and I think he has it worse than Makoto. When they first patched him, they practically took away most of his good and interesting tools. I don’t think he got anything redeeming the tools and tricks he lost either. At this point, it feels to me like there’s no real benefit to playing him.

Well then you could just try sticking it out through Thick & Thin with Makoto. It won’t be easy… but The power bond between a man and a furri Waifu can overcome anything.

Or you can join Team Kokonoe.

The Lonely Man’s Guide To BlazBlue.

As someone whos Got Crappy Internet and whos friends don’t like Fighting Games… this is the best I can do.

Edit:
On The Topic of Picking a Character…

Pick whoever you like… I think the general consensus about Anime fighting games is because they are so complex when it comes to certain characters that it would better to start with someone simple.

You can go further with a character you like even if they are super difficult to play than you can with “The Beginner” Character… I mean its hard either way and if you were using Ragna when you were questioning why The Developers/God hates you then that just makes it easy to drop the game.

Edit2:
Still couldn’t find anything that explains the dummy features in Training Mode… looks like I have to go in RAW !!! 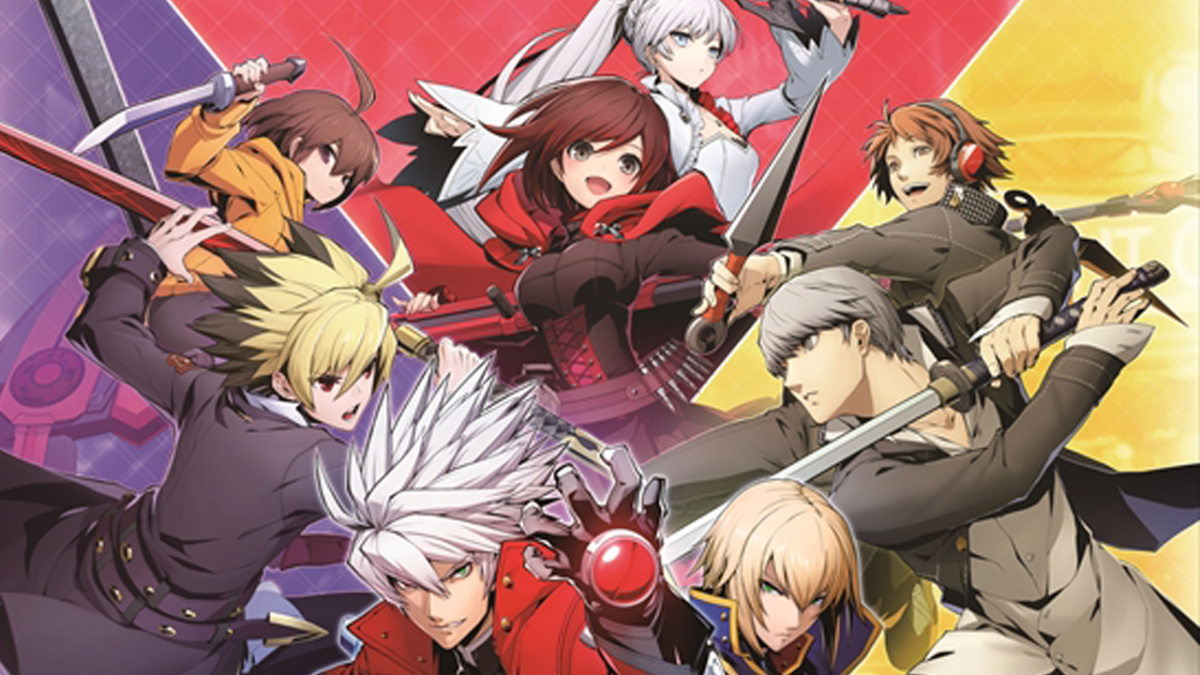 How Arc System Works is aiming for a simpler fighter with BlazBlue Cross Tag...

Exclusive When I think about Arc System Works, my brain can’t help but make the comparison to 1990s’ Capcom. And it isn’t because they are both the source of great 2D fighting games. In the 1990s’, Capcom was the pinnacle of 2D art direction in the...

With that in mind, the controls are much easier than in some of our past titles. You may have seen, at Evo last year, that in the finals, all the finalists were Japanese. We don’t want that. We want a global audience to have fun. We want to see more foreign players in competition.

I like how its not lost on ArcSys that The Primary Reason the Japanese players are always on top is likely because of the Execution.

Now if they could take this approach to a 1 vs 1 Anime Game then I’d be down to try it.

Edit:
BBCT wasn’t so bad… but tag just isn’t For Me… UNIST was a totall bust.

and with That… We Are Back on the BlazBlue Central Fiction Grind… waiting for Arc System Works to get their ■■■■ Together.

Edit 2:
Completed all the Hard Combo Trials for Kagura… I guess that means I’m Kagura Certified… I will attempt some of his expert trials but I’m not expecting to get any of them down. Still though…

Okay… no more Distractions… I’ve got My Mains… I’ve got my Tutorials and I got my Pad… LETS DO THIS !!!

Edit 3:
Man its really hard learning a character when there is no official source of information. The Forum is dead… the Wiki is incomplete… and Discord is a cluttered mess.

You know what… ■■■■■ it… I’m Making my own BnB’s… I know what all the the Starters, Extenders and Enders are… I just need to fill a reasonable amount of buttons in between them.!
Edit 4:
SO CLOSE… 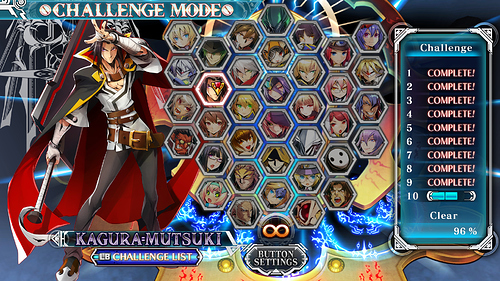 Look At What They Want Me To Do 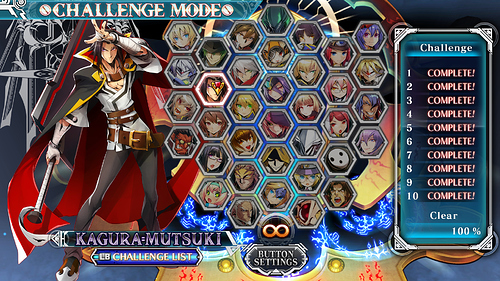 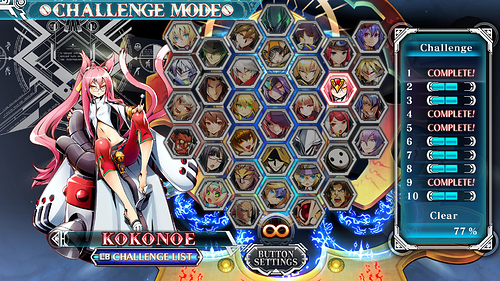 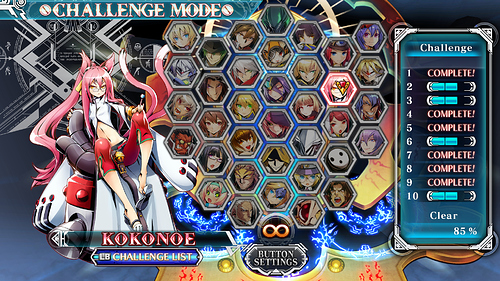 I’l have to remap my buttons if I want to complete challenge 6 Expert… actually its just one button… the drive button… turns out Kokonoe is one of those Negative Edge Characters, like Carl and Litchi. Pad Struggles man, pad struggles.

Edit 6:
AAAAAAAAHHH This is so frustrating !!! 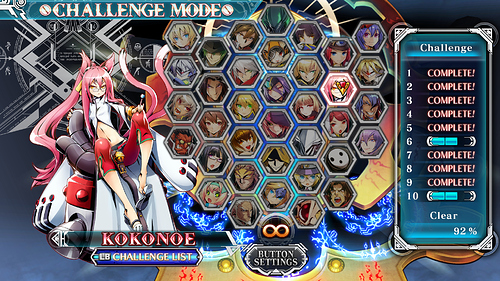 Edit 6:
As I suspected… Like every other Charge Character in every other game… Kagura suffers from overlapping inputs. Wheb I’m trying to Retaliate with 6B the game thinks I want to throw a Fireball…

I suppose BlazBlue gets a Free Pass because they’ve never a charge character before (even though Guilty Gear has)… but they gotta fix this ■■■■… 6B should become 4B.

Edit 7:
The Struggle is Real

I’m not talking about Crush Triggers or Kokonoe’s Black Hole (not that kind of Hole… get your filthy mind out of the gutter).

Its not a mix up… its a legit Unblockable… I literally cannot believe any modern fighting game still does this after 2010.