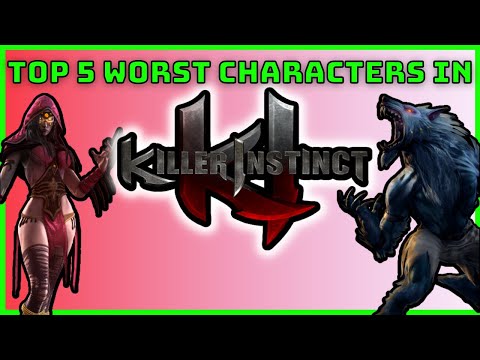 as far as I’m concerned a character is only as affective as those who play them. If your not skilled enough to wield that character you will get stomped.

He does have a point though, two players at very high level play can surely do well no matter the character, but when one character design has definitive advantages over others, no high level player can play absolutely perfect 100% of the time, especially in a game as fast paced or with the combo system of KI. While the game is fun to play, it can get mentally taxing over time trying to make constant judgement calls.

In other fighting games without a combo breaker system, getting opened for a combo does grant the opponent a short reprieve in mental tasking and allows for a small break to regain composure, where as in KI, even while being combo’d, you are making active decisions on things like when to combo break, what strength, following the opponents actions and keeping track of patterns, etc.

It helps to have a character who can cover a lot of bases with less effort, which by design, some can do and some can’t. The mental stack of covering your bases becomes less taxing and allows the player to reserve their mental “computing power” for more important decisions while mitigating various scenarios to a certain level of strategy they don’t have to give much thought about to various tech and setups.

So Nicky does have some strong points, but Orchid is not a garbage character by a long shot.

Yeah Orchid is probably lower-mid tier at best, but aside from having no standard projectile she’s very well-rounded unlike most lower-tier characters.