I miss the good old days.

Is this happening in a game you are playing?

Sorry give me a minute to respond.
Digging in a philly cheese steak, wish I had some Mac and cheese, be right back.

How old are you? Am a parent and need to know.

Nearly 37 currently, if you must know.

I’m speaking in general, point out, the remark in question.

I cannot joke
I’m the jouks. But because of symintics can’t joke.

Betas, in general, are nothing but mass bug hunts. If you are speaking about an online game environment, until the final product is released, you can expect loads of buggy and more buggy updates until they resolve the matter. The same process can present itself when beta testing new phone software. If you beta test for Apple for example, you accept the risk that any new beta update could cause you to have to completely wipe your phone.

I beta tested Xbox Dashboard updates for a year and received a few nasty bugs during the process. I don’t do it anymore for that very reason. I have friends that actually beta tested consoles before they hit the market. It was cool seeing an Xbox 360 before they were available to the public, but my goodness it was buggiest piece of hardware I’d ever seen.

That’s the whole point of beta testing something. To figure out what needs to be corrected before release.

Of course with the advent of DSL internet companies can now release products earlier and fix bugs as they go through updates. I know this isn’t always most convenient option, however it is MUCH better than purchasing a broken game (Superman 64) and being stuck with a turd.

Subscriptions… come down the products. I don’t see it as extortion as nobody is literally forcing you to purchase a product. I subscribed to Final Fantasy XIV for three months. As cool as the game was, I couldn’t find a real reason to keep paying for it. Canceling that subscription was as easy as not renewing it.

Generally speaking and legally speaking companies have to be forefront with their charging model. For example Elder of Scrolls: Online is completely free to play once you purchase the game. They do have microtransactions that will allow you to skip certain quests, such as becoming a werewolf or vampire, but everything you can purchase you can also obtain within the game itself. Now, if suddenly they said that they are going to start charging you and you had to pay for back months of playing the game, that would be extortion.

In respect to Pay Per Clicks and the Cell Phone model of gaming, it can be rotten. Until recently, it was rather dubious, especially on cell phones. I remember a mom getting $300 dollars in “in game purchases” because her 4 year old son kept buying lives. Our government (in the US) actually put a stop to that and now app makers have to go through several approval levels before such a purchase could be obtained. In short it’s harder for kids to buy things.

In respect to the “good” ole days. You have to take several things into consideration. Most games were much simpler then and thusly easier to program for. If a game was broken, you were kind of stuck. There was no way to “fix” it. If the glitch was bad enough you were refunded your money. If not, you lost out.

The new generation certainly has its bad side, but what is being created now far surpasses what I played as a kid, in respect to technology.

Give me a minute to respond.

I m on mobile so can’t really type.
1- make a product that works. If it good, then fine.
2- charge extra for extension’s, is OK, but must be quality. And work…

I have no problem paying for quality.
Make a solid game, no rush…

I said Tyson digital. Lololol.mm… the young ones will fight. 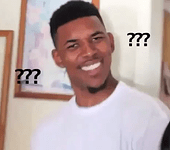 All I’m saying is get it right can wait.

Stabilize the gear…
Sorry friend there are bugs needs fix…