There is somebody that believes bayonetta 3 will may happen?

i love the first and second one, and i wish for a 3rd game.

i hope this e3 they mention or show something or a teaser but is one of my favorites hack/slash game.

after the cancellation of scalebound i dont know if hideki kamiya is working on something new or sequel finger cross. 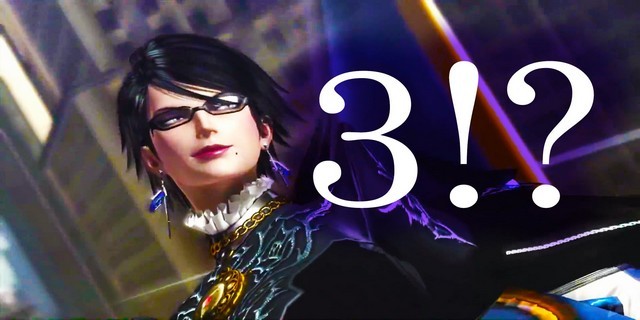 Me here so count me in now. Those were my exact thoughts too

That and Heavenly Sword

Personally, I was never a fan of Bayonetta.

I wish there was a new Bayonetta game. This time adding a playable Lumen Sage.

Balder was playable in the multiplayer mode of Bayo 2. (And he was a badass)

I imagine Bayo 3 will happen eventually, it was highly praised. But it will be a long time before then.

He is working on something new but please platinum make bayo 3 multiplatform.

Ive never played it but it does look interesting fro a story point of view. I really like what I had seen and every time im in game stop I see the WiiU version and think wow that would be fun…but its too expensive.

but it does look interesting fro a story point of view

Haha no. The story is not the game’s draw and I’ll leave it at that.

Its all about the action, scrow the story.

Well i mean the way it looks, the way she looks, the enemies I seen, ect… the game play on the other hand …ehhhh… not really my thing. I did love Dantes Inferno as it looks similar to Bayonetas game play.

Bayonneta is similar to dmc in fact its made by the same team.

That explains a lot actually…

I can see why people like it. Played a bit of the first and beat the second.

It’s just not something for me. The combat is fun enough but with all hack n’ slash games, the repetition closes in really early. A fun game every once in a while but as for the way the story is told, I can go without it. I just can’t be a fan of the jokes.