So have any of you tried/attempted your hands on AND by any chance have any of you succeeded in solving the Rubik’s Cube, one of the most famous and popular toys ever made in human history?

Now would AND can any of you try/attempt your hands on this one particular Rubik’s Cube?:

Or how about this one even?:
https://youtu.be/qlnUEknwdcI

I learned how to solve them really fast as a party trick. Though it doesn’t really feel like I’m “solving” it since I’m just following a series of steps depending on which pieces I want to get where. Kind of took the fun out of it.

I can solve a 3x3 in under 40 seconds. Haven’t timed myself on my other ones though. 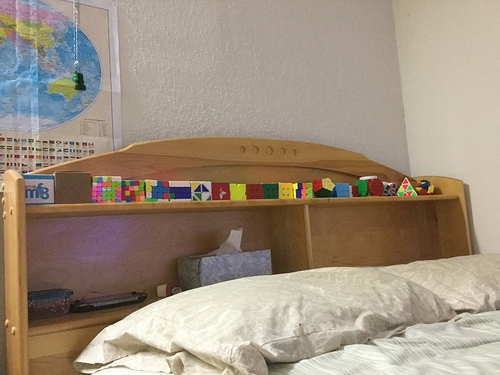 I spent a few months doing speedsolving as a hobby maybe about 2 years ago now. It’s a nice challenge of pattern recognition and dexterity, both of which I like. I have a rubik’s cube on my desk and solve it several times a day just to keep my mind and brain busy while doing work.

My best time is somewhere around 30 seconds but I stopped measuring my times a year ago or so. I’ve learned new algorithms since then so I’m sure I could get it lower, but I’ve stopped caring about speed as much and now just solve it as a destresser.

For other speedsolvers here, I do the Fridrich method (as most cubers do). I do F2L and two-stage OLL and PLL (never learned full OLL/PLL sadly, but that’d be the next step for me).

I use beginners method

40 seconds is good for the beginners method!

There’s a bunch of ways to do the beginner method, depending on how you learned.

Did you know that at one point I was going to make a website on how to solve the cube with the beginner’s method? This was before ki.infil.net! Part of the motivation for starting my KI site was because I was upset I never did the rubik’s cube tutorial!

I do a slight variation on that. Top cross. Edge rotation,corner insertion,and then sune lel. KI was saved to Rubik’s cubes. A Rubik’s cube for S4

Fridrich method is basically an extension to the beginner’s method, so if you ever cared to learn it, you don’t have to un-learn what you’ve learned.

You do the cross the same way, then you do the bottom corners and the middle edges at the same time (called F2L = first 2 layers). You identify where the corner and the corresponding edge is on the cube, then you do one of several algorithms to insert them both at the same time. You can also do this intuitively (called “intuitive F2L”) so you don’t have to learn a bunch of algorithms. Takes a bit of time but it’s not too bad.

Then you handle the top layer by doing OLL (orientation of last layer, ie, rotate the pieces so they’re correct) and PLL (permutation of last layer, ie, shuffle the correctly-rotated pieces into their final positions). If you’re smart you do OLL all in one step (I think there are 40-something algorithms) and PLL all in one step (another 20-something algorithms). Or you can do what I’ve done, which is do OLL in two steps (build the cross using a few algorithms you probably already know -> learn 7 algorithms to finish the top layer… sune is one of these 7 algoirthms, and many of the others “feel like” sune so they’re easy to learn) and then do PLL in two steps (move the corners -> 2 algorithms, move the edges -> 4 algorithms). Then you can just slowly learn some of the “full” OLL/PLL algorithms as your interest allows and insert them in. That is, if you see one of the magic OLL cases you’ve learned, you can skip your 2-step process and do the full step much faster, otherwise you just default to your 2-step process.

Hmm. So Rubik’s Cubes aren’t allowed,then what about the Megaminx…

I’m just trying to express that a Rubik’s Cube and I aren’t compatible. We do not go well together. If you hand me 1 of those things, I’d be all like, “uh uh.”

Now what exactly is this Megaminx? Is it a MUCH MORE complex and advanced version of the Rubik’s Cube?

Is there anything you don’t excell in Infilament?

You make this poor mortal feel so inferior

One time I took all the stickers off and rearranged them so they matched, does that count?

For the record, just wanted to say that solivng a Rubik’s Cube is actually very easy if you don’t care about speed. There is a “supreme beginner’s method” that takes maybe about 30 minutes to an hour to learn and remember where you basically just do one basic algorithm over and over and over again until the cube solves itself. This algorithm is only 4 twists, and the only thing you have to train yourself is to learn how to rotate the cube the correct way before applying the algorithm. You have to solve the cube in 7 different “stages” but each stage just involves specific applications of these 4 twists.

So if you guys want to learn how to solve a Rubik’s Cube, it’s really easy! Your first solve will be somewhere around 10 minutes using this one-algorithm method, but don’t let all this talk of a million complicated methods discourage you… that stuff is only for solving it fast. Actually just solving it is not that hard and there are good tutorials on Youtube for it. I spent one evening going from “I literally know nothing about a Rubik’s Cube” to “I can solve it in about 5 minutes”, just by watching a few Youtubes and doing the step by step stuff until I could remember it without watching the video. It doesn’t take more than one evening to do this. 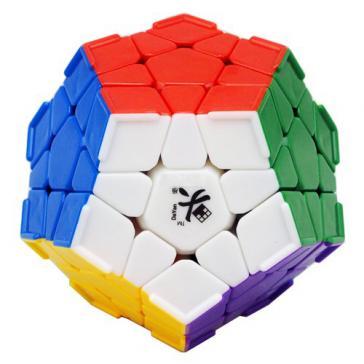 Same difficulty as a 3x3. Just takes longer. Some in my collection are easier. Some are harder(the infamous 1x1) and some are just different.

Maybe so, but I never really cared enough to impress someone by learning it in the 1st place. There are other things I would rather do with 10 minutes of my free time (like playing a match or 2 in KI).

Just to correct you but it doesn’t have to do anything with impressing someone. You can but that is its own thing. Just saiyan…

Maybe so, but I never really cared enough to impress someone by learning it in the 1st place. There are other things I would rather do with 10 minutes of my free time (like playing a match or 2 in KI).

That’s fine, dude. I solve cubes because it is relaxing and fun, not because I’m looking for people to impress with how fast I can do it.

If you don’t find the same satisfaction in it, that’s understandable.

I just wanted to say that I threw a bunch of random acronyms at people (I solve the OLL with the 2-stage PLL after the F2L!) and it’s important to clarify that just the basic act of solving the cube involves none of those terms. So anybody who is actually interested in learning to solve a cube can do so in one evening with a basic, foolproof method that anybody can learn that involves very little memorization (a muscle-memory 4-twist algorithm that will be second nature within 2 minutes and a small amount of remembering how you apply it).