The Last of Us Part II

This is a dumb place to put this, because it’s a Sony exclusive non-fighting game. But frankly, this is the only community I’m really engaged in so here it is.

I just saw the Last of Us Part II trailer from Sony Experience. And Damn…

I played the first game on PS3, and unlike Uncharted 3, I finished it. I think the game was overrated in a lot of ways, the controls were sometimes frustrating, the puzzles weren’t all that challenging and the silly “if a monster hears you you’re dead” sections were not only frustrating but not even very well done, in my opinion. But the game was more than the sum of it’s parts and despite some predictable or even cliché elements the narrative was an 11. I wanted to play it, I wanted to get to the end, and when it was over I wished that it wasn’t. I didn’t even like the ending (no spoilers) but holy ■■■■ that was an impactful game.

I never thought it needed a sequel, and in fact it seemed to me like a sequel could only damage the legacy of the first game. What would they call it, “the second to last of us?” So I wasn’t all that excited to hear about the sequel but interested enough to click on the link.

First of all, if there is an award for best teaser trailer this should win. This thing was perfectly tuned to the event, to the audience and to the nature of the game. The way it is constructed revealing/teasing different elements as it goes along is just masterful. Unbelievably good. Everyone should check it out - especially if you played the first game.

I don’t know that I would buy a PS4 just to play this. But I damn sure would have to think about it.

I wanted to play it, I wanted to get to the end, and when it was over I wished that it wasn’t.

I agree with everything you said and especially this quote.

Still haven’t finished the original after 2, 3 years but I just enjoy ploughing through one chapter at a time.

Its an intense experience and if I was a game developer, or studying game design in school I would definitely be looking at this game for narrative experience. The opening scene, where you play as the daughter, was gripping for me (maybe in part because I’m a parent). And the way the narrative elements and the gameplay work together is really well done. I feel like the character interactions while you play the game are just a cut above everything else out there. Like I said, I can’t even explain why I like it so much - the game has plenty of flaws. But it really is greater than the sum of its parts. Part of it is the plot, part of it is the writing (which is good) and part of it is the voice acting which is just outstanding throughout. We live in a world completely saturated by zombie apocalypse stories, but this one stands out head and shoulders.

Not to go on too much of a gushy rant here, but this is the kind of game that should be considered art, and it is also a viable commercial product (not like, say Journey or Flower). It just makes the whole industry better because it exists.

I play this game just for the interaction between Ellie and Joel. I really don’t care about anything else, I actually think the game’s (combat) design is what kept me from finishing things months ago.

If you have managed to make it this long without spoilers, you aren’t going to hear any from me. But if you are engaged by the relationship between Ellie and Joel then you really owe it to yourself to finish the game - despite the gameplay.

Ill keep with the no spoilers trend. But for me, i know exactly why i likef that game. There were a few things, actually.

Again, no spoilers, but im curious how the ending of part 1 will affect part 2.

a
Well, 1st, I’d like to say thanks for the no spoilers bit.

Secondly, I have never had the pleasure of actually playing The Last of Us. I’ve always wanted to though, based upon what I’ve seen of it - I’ve just never felt it worth buying a PS4 for (though this is definitely 1 of the few titles I would likely pick, if I did).

the controls were sometimes frustrating, the puzzles weren’t all that challenging and the silly “if a monster hears you you’re dead” sections were not only frustrating but not even very well done, in my opinion.

I dunno, I thought the gameplay worked well, though the game was quite a bit easier on normal difficulty than I would have liked.

Last of us also had an incredibly underrated multiplayer mode, the kind of really tense experience you rarely get from a team shooter. While I think it’s a pretty fantastic decision in overwatch and titanfall 2 to just give players unlimited ammo, factions MP went in the complete opposite direction–some of the guns don’t even start with enough ammo to fill a single magazine. It’s a pure fight for resources and map positioning, and with no regenerating health even if a skirmish doesn’t end in players getting killed it has a long-term impact on the match. Getting hit means spending resources on medkits that you would otherwise be using on devastatingly powerful room-clearing molotovs.

Consistent aim was important, too–there was only one weapon that could instantly down a player from a single headshot, and it had a single-shot magazine. As an example of how aim was rewarded, the choice between the 9mm pistol and the revolver was interesting. They both downed players in 2 headshots, but the 9mm fired faster and started with more ammo, 10 shots as opposed to the revolver’s 7, and it was cheaper to make 9mm ammo. On the other hand, it took 3 bodyshots to down with the revolver, and 5 with the 9mm, so a less skilled player might still favor the revolver.

Bottom line is, it was great. Hope they keep up that level of quality in the second.

I’m glad you liked it. I never played the multiplayer at least in part because my PS3 wasn’t well positioned in the old house for multiplayer. But that wasn’t an aspect of the game I really enjoyed anyway so I don’t think I missed out.

The Last of Us wasn’t all that difficult but there were spots. If I take my rose colored glasses off, it’s kind of taking you out of the narrative when Ellie has to hole up and massacre dozens of enemies. Granted they have to make gameplay somehow, and I think thy handle the combat/narrative better than Uncharted or Tomb Raider. I’m pretty sure I played throughons default difficulty. My frustration often came from the stealth levels where it seemed like there was really only one way to get through it and that meant dying a bunch of times figuring out the “one right way.”

In any case, I’m looking forward to this new one. I e basically decided I will get a PS4 for it, since I’ve been looking for an excuse anyway. It’s just a question of which model and when does the thing release.

The Last of Us for me was a great game and I look forward to the next one. My connection to the game was ellie reminding me of my little sister. I’ll do anything for her, even fight and kill cordyceps infected mofos lol.

The game play for me was good, I played the game on the most difficult setting so situations were pretty desperate for me like in that one shelter area. Improvements I think could’ve been more usage of the environment for weapons. There was shattered glass and other crap everywhere, why are we restricted to bottles and bricks? There were countless times Id use glass shards to stealth kill somebody. They could’ve given more options in this regard.

The story was wonderful, very cliche but so good. Made walking dead for me pretty boring. The idea of how this brand of zombie apocalypse was different in how the monsters came about.

If you guys research, there really is a fungus that attaches to live organisms in the jungle. However it goes after ants and makes them crawl up trees, find a leaf, and control the host to bite into a vein for nutrients to help it grow and spread. Ants evolved the ability to detect who amongst them is infected and they’ll carry the infected far from the colony so they don’t get spores on more of them. Cordyceps can wipe out whole colonies (and has). So I give credit to naughty dog on finding out this creepy ■■■■ and applying it to humans. We can only die off to the undead so many times!

Yeah, I give them credit for how they handled it. Is it realistic? No. But if they make any sort of effort to try to link their fantasy to reality in order to help us suspend our disbelief I think that’s great.

I have some thoughts on the difficulty versus narrative that I can’t quite put into words, so forgive me while I stumble through this. I don’t really want games to be easy - because that’s not fun. But there’s something about dying fifteen times while trying to get out of a contrived “game” situation like “now you are trapped in a room and there will be fifteen zombies coming in and you have to take your otherwise untrained character and turn them into Rambo to get out of this sequence, in order to get to the next movie where she will once again be a true to type teenage girl.” This is a bit unfair, and I am completely sympathetic as I think this is one of the core challenges of game design when it comes to expanding the story beyond “you are a badass space marine - go kill ■■■■.” And I think TLoU did this as well or better than anyone. It’s incredibly challenging to do, but I’m kind of hoping someday people can figure out a game flow chart that allows you to fail without dying and those failures impact the game in meaningful ways without just sending you back to a checkpoint…

i dont think i will either lol

The Last Of Us 2 Release Officially Delayed Until May

You'll have to wait just a little longer for Ellie and Joel to arrive on PS4. Here's the new release date. 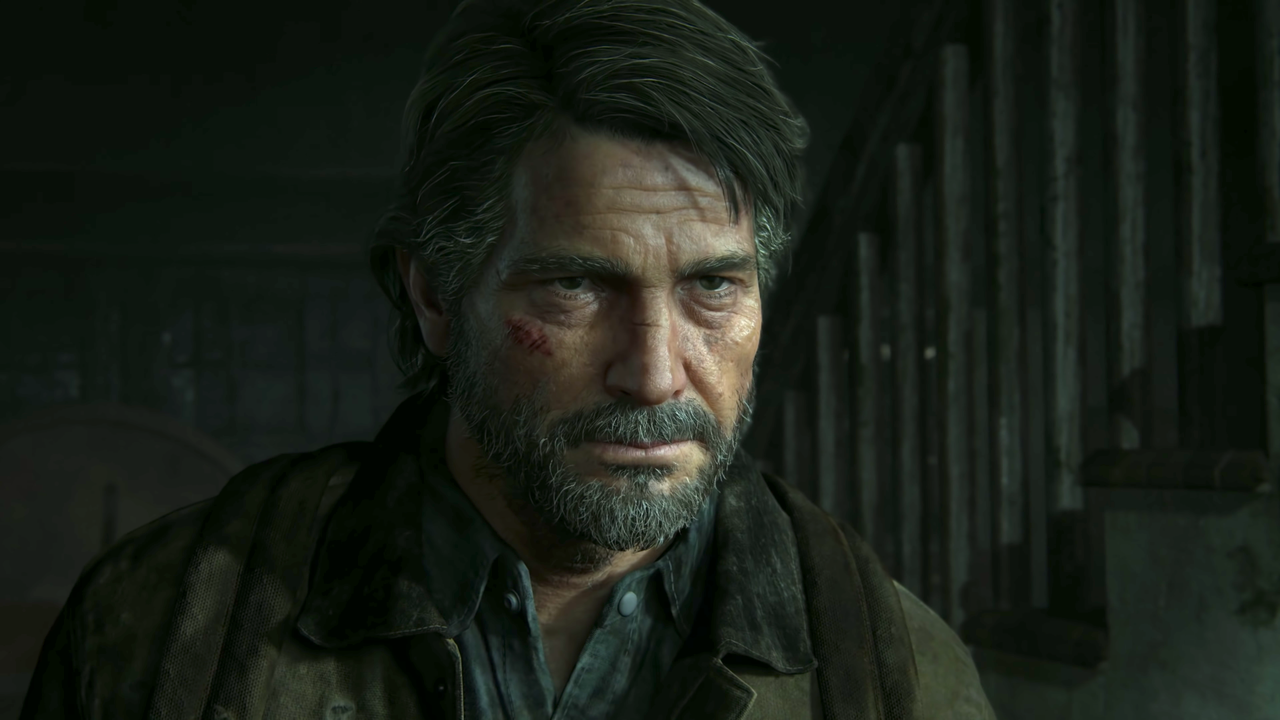 The Last of Us Part 2 Delayed Indefinitely, No New Release Date Set - IGN

Naughty Dog's highly anticipated sequel to The Last of Us won't be hitting its May 29 release date.

Ouch. So they are porting it to PS5 in other words…

Part I has got to be one of my favorite games ever. Because I didn’t own a PlayStation for a long time, I was pretty late to the party but I just enjoyed the long walks with Joel and Ellie. Can’t remember exactly what else I enjoyed about the game other than that the writing was pretty good.

I hope the game turns out well.

I only heard about the leaks from the developers announcement that they were disappointed. I guess this is the new reality where people choose to ruin everything all the time.

I have a lot of doubts about how TLOU2 will turn out, but I don’t need to look at leaks to figure it out.