I took my kids to see The Last Jedi. They loved it and so did I. There are definitely a few parts where I could be critical of the plot or dialogue, but overall I thought it was fantastic. Completely different than the Force Awakens which was roundly (and somewhat unfairly in my opinion) criticized for presenting a series of copycat Star Wars tropes. This film sets up a half dozen similar tropes but subverts them - in ways that are still in character for the franchise and interesting and cool.

Visually it’s astounding. Plenty of CGI so be warned if you hate that. But also lots of practical effects mixed in. Some stunning sequences that people may love or hate but were thoughtfully constructed including at least two that will appeal greatly to anime fans.

It’s funny - so if you hate movies with jokes or tongue in cheek moments you won’t like it. But also deals with serious themes about war and sacrifice without being overly preachy or getting bogged down. There were also some very tender and incredibly impactful scenes especially those involving Carrie Fisher in light of her passing.

All in all I really enjoyed it. Kids wanted to immediately see it again.

As someone who found The Force Awakens and Rogue One a “meh” or under average movie and kinda losing interest in the Star Wars franchise, would you still recommended this movie to me?

If it’s anything like the boring predictable Mary Sue story in Force Awakens I don’t want to watch it yet. I’m hoping they worked on Rey and maybe focused on Finn a bit

Oh yea and I hope that they worked on kylo ren and captain phasma. Such let downs

Overall I liked it but it does do a few things story-wise that I wasn’t too fond off. However because of how those things fit into the main theme of the movie they’re kind of forgivable… kind of.

I’m so far away from this opinion of the Force Awakens that you probably shouldn’t ask me as my opinion will likely not resonate with you. I actually hate the phrase “Mary Sue” and I have very negative feelings about the misogynistic internet trolls who have pushed this characterization of the Force Awakens. I’m not saying this is you, but I don’t think that whole business is about anything other than the hero of Star Wars being a girl and it makes me mad. Maybe that’s my own baggage having watched the movies with a young daughter who is as we speak running around in a Rey costume swinging a lightsaber at everything in the house. But I LIKE Rey. I liked her character in the first movie, and I like her in this one.

Putting that aside, the movie actually directly addresses - out loud and in dialogue - some of the issues people claimed to have with the Force Awakens. Whether people will find that adequate or not is not something I can tell you. Rey also has very visible flaws in the film which you may or may not appreciate.

Phasma has very little to do in this movie and is probably the only character (even among the villains) who doesn’t undergo any sort of character development. They are giving her the Boba Fett treatment. Everyone knows her, we are supposed to fear her but we don’t have much evidence as to why from the films. Kylo Ren is very present throughout, and although you may not like how his character arc develops they definitely take him on a journey in this film. Finn has his own story here as well. I thought some of the scenes that focused on him were the weakest part of the film - but it had strong moments. If you’re hoping for a Finn focused movie though, this isn’t it. Poe Dameron is probably the character that gets the biggest bump in terms of screen time and importance to the plot. He has his own arc in the story and is a different character at the end than at the beginning. In fact, while I would say the Force Awakens worked pretty hard to make you like the newly introduced characters (“look at these guys, they’re cool”) this movie does a lot more to make them real characters and move them from point A to point B.

Overall I liked it but it does do a few things story-wise that I wasn’t too fond off. However because of how those things fit into the main theme of the movie they’re kind of forgivable… kind of.

I’m sure most everyone will find some things they don’t like in it. I could name a series of things I would have done differently or that I feel could have been left out. I have the luxury of seeing this movie with my kids and I can borrow their wonder and just enjoy something instead of picking it apart. I think as a whole, we worry too much about perfection and let it ruin very good things. But if you want to talk about your complaints, feel free to PM me or to start a spoiler thread.

Thanks for the spoiler free opinion. Just want to clear up that i found Rey simply boring or cliche. Not because she’s a girl mind you (i don’t really care) but it’ was the last scenes of the Force Awakens (everything leading up to the last fight with kylo) which was too frustrating for me too watch. Everything lined up so perfectly and coincidentally (especially with rey pulling out the saber from kylo which was the breaking point for me) that i didn’t want to watch it anymore.

Bottom line is i dont want you to believe im being misogynistic. It’s just an opinion i have on a character i frankly don’t like. Everyone has different opinions.

Sorry for the small rant dont want to derail the thread. Carry on. /activatelurkmode

I can’t wait to see this on my next day off. I’m easily entertained by lots of action and explosions so I did enjoy both Force Awakens and Rouge One.

I don’t think it’s a spoiler to tell you there are, indeed, explosions.

I don’t want to read anything yet though I believe there are no spoilers here XD , I want to watch it first, lol.

Man… we just got out and I just dont know what to say…Im confused on a lot of part and decisions. Im off for the next 2.5 weeks…lets discuss when you get some time maybe over a game of KI. I dont really have anyone deep enough into Star Wars around here to have a real discussion about it with.

As of this moment I cant say that Im ecstatic over the main plot.

I need to see it again and do some research.

If you didnt like the ending of Force awakens you wont like Last Jedi at all. IMO

Hated 1, 2 and 3(being 1 the biggest dissapointment)

Ep 7 was plain bad, din’t liked it. Rogue one was a fan service festival and was meh.

I didn’t expected anything from ep 8 but dissapointment.

I liked it a lot. There are some things here and there that I don’t like or I believe could be handled better(specially ONE scene which doesn’t make sense to me, and you know what I’m talking about).

But the film makes several great and risky choices which IMO are great, and manages to do something I wouldn’t expect from a Hollywood blockbuster: surprise me SEVERAL TIMES, in the good way

I would love to discuss the film with any of you, with spoilers, feel free to PM me

Is general grievous in the movie?

Because that’s what I’m waiting for.

The only complaint I could see with the movie is with Mark Hamill…not that he did a bad job with his role or that I disliked his role in the movie…
It’s mostly that over the years I have seen him do so many interviews & other junk & stuff, when he showed up on screen I never saw “Luke Skywalker”.
It was always just “Mark Hamill”.

…maybe it was just the beard…

Are you trolling? LOL…Grevious died in Revenge of the Sith… he died like very graphically and obviously no chance for a return.

Grevious died in Revenge of the Sith… he died like very graphically and obviously no chance for a return. 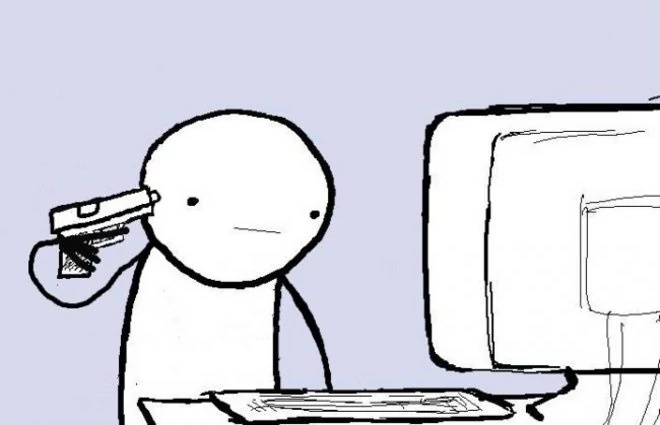 I dont really have anyone deep enough into Star Wars around here to have a real discussion about it with.

Lol. Be careful what you wish for. Shoot me a PM and I will be happy to geek out about Star Wars for great lengths of time. I’m supposed to be on vacation but I’m going to be in the office today and tomorrow. I should be mostly just hanging around by Friday.

specially ONE scene which doesn’t make sense to me, and you know what I’m talking about)

… I’m trying but I can’t think of one particularly senseless scene. PM me.

LOl no worries here… Ive been watching multiple YouTube videos by Emergency awesome and collider videos trying to figure all these questions out.
I watch these channels every morning on movies , trailers, ect… so Im pretty much the “geek out” type myself.

I just saw it and boy is it bad, at least structurally speaking. While it does have a few truly amazing moments, I felt this film was pretty awful.