So you didn’t play the PS3 re-release of Tekken Tag Tournament 1? That was the first and IMO best version of the Tekken Bowl minigame.

Also no, there is no VS. CPU mode in Tekken 7; that’s one of the few things Soul Calibur did better this generation. Also considering the standard price of DLC characters is $5, Season Pass 3 is surprisingly well-priced (at least versus paying for them separately, where they bump them up to $6-$8 for each character).

Ok. That’s a fair point. I forgot about that pesky (standard price). I always thought that was too high.

And it’s rediculous to not have a vs cpu mode. Like, it kills replayability. Especially if you don’t want to shill our $60 a year to loose over and over again online.

Tekken 7 has been too reliant on Treasure Battle instead of a traditional vs. CPU mode, which would be fine if it weren’t for the gimmick battles (turbo, double damage, aerial damage battle) and bosses (most of which can 1-shot you with their Rage Arts). Also Tekken 6 has scenario campaign, which is considered the best single player mode in the series, so maybe you should play Tekken 6 at some point.

Also the last comment isn’t really true, I’ve seen plenty of casuals online, so losing over and over again is not guaranteed if you know where to go. Also paying for XBL Gold lets me play Warframe and Path of Exile without needing a gaming PC, which is good since I’ll clearly never have one in this lifetime, so I wouldn’t call it shilling (at least not in my case).

TL;DR version: Play Tekken 6’s story mode, it’s writing may suck but it’s a proper single-player campaign. Also you can unlock the other characters for use in it, similar to Tekken 3’s Tekken Force mode.

i picked up zafina afterall, namco is so terrible at making her combo ender a ■■■■■■■ just frame b1:1+2 after you have to do a dash in. like for example

I see. I’ll probably give it a go. But it’ll be pretty low priority on my backlog.

PC tekken 7 has now become home to high ranking players who create a new profile and go smurfing. now in blue and green ranks im seeing many players with insane win streaks going after the rookies and noobs. some are extremely skilled, some just know 1 combo and hope they land it. its grown increasingly difficult for me to break out and get myself back into orange ranks where they are not as prevalent. a group im in spotted a heihachi with a 200+ win streak picking on noobs and upon defeat he shut his PC off LOL.

anyway, shenanigans with feng wei continues…and zafina is still being labbed up so i can get into sync with her before going into combat. so far so good! just sucks running into these jerks and im so stubborn in trying to put a blemish on that sparkling record of theirs it costs me ranks. i wouldve been in orange weeks ago were it not for my attitude haha -_-

PC tekken 7 has now become home to high ranking players who create a new profile and go smurfing. now in blue and green ranks im seeing many players with insane win streaks going after the rookies and noobs. some are extremely skilled, some just know 1 combo and hope they land it. its grown increasingly difficult for me to break out and get myself back into orange ranks where they are not as prevalent. a group im in spotted a heihachi with a 200+ win streak picking on noobs and upon defeat he shut his PC off LOL.

I’ll have to play on the steam Version I own then. Haven’t taken my Leo online yet.

I have a Noctis too, since I’m a big fan of FF. Maybe I should beat people with my Noctis

My main man Lars got some buffs though… 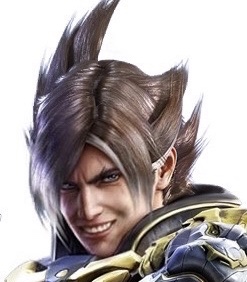 also king got buffs! feng wei got buffs! both my charas got buffs! also lei my 3rd, eliza, dude i am digging season 3. im not used to having my characters get love, im always used to the nerf bat.

been playing alot of feng wei though, havent gotten back to king yet but i will be. lol i been ruining people’s days with him, hes already tricky as it is and can get in on anybody. now that im plus on block with more stuff, i can really do shenanigans

Hwoarang kinda got buffed. B.3 having longer range is real nice now with it’s longer range.

I’m buying the pass later, but not now.

So they confirmed the new feature in the Season 3 pass is the ability to see frame data in training mode, also sold separately at around $4. A lot of people aren’t happy about this, but at least unlike SF4’s version of this you aren’t required to have a smart phone to use the feature in the first place. Also, assuming they haven’t shown it yet, Leroy Smith is supposed to be getting his trailer soon, but if that’s still true I know nothing else about that.

What do you all think about this? Tekken 7 has been getting a lot of flak for charging for legacy characters as DLC (even though Harada confirmed that was the publisher’s doing) but this seems to be especially bad lighting for them. I know other games show frame data for free, and it’s surprising since Harada refused for so long to have frame data appear in the series (though this could be Murray’s idea to allow this, now that Harada was promoted).

Personally I could care less, since I would buy the Season Pass for the characters, but a bunch of people who were expecting Tekken Ball or Team Battle are less tolerant of the situation.

I’m generally of the mind that it’s fine to charge for post-release content, but the whole situation is just super weird to me. The replay analysis and punishment guides are deep enough features that I think charging for them would be fine, but frame data is in my opinion a basic QOL thing that should be provided as a bare minimum to the consumer. Accordingly, I wouldn’t pay for frame data just on principle, and think the crying about people pointing out that frame data should be free is ridiculous.

I guess it’s good that the more useful training guides like the replay analysis and such are free, but to then slap on a price tag to the frame data of all things really rubs me the wrong way. To a certain extent it makes sense that a dev would want these really cool learning features to be free and therefore available for more people to play, learn, and enjoy the game, but by that logic then the frame data overlay should also probably be free. Either charge for everything or nothing in this case I think - charging for just the frame data reads like a super-weird money grab.

i was under the impression the whole thing was free lol, well then alright whatever. im actually pretty happy about these incoming training buffs, this is stuff that will help everyone across board from the noob to the high level player who has some questions in his mind. i was watching lil majin’s video on this and he said it would help even somebody like him and hes one of the best king mains. im looking forward to this update, ill shell out 4 bucks for it i guess lol we’ll see. the replay analysis and the punish training is what has me most happy

If that’s all you want, then you don’t actually have to pay anything I believe. It’s only the frame data stuff that’ll cost you money.

yeah it depends if i feel like throwing money into a literal fire pit at the time lol. what has me entertaining the idea is that there are quite alot of special attacks being thrown at me on the daily i have questions marks. i would love to see how unsafe or safe some attacks are, however im going to wait until after i dive into the punish training to see whats up. it could be that the moves in question are going to be part of the lists the game will be training people on

Either charge for everything or nothing in this case I think - charging for just the frame data reads like a super-weird money grab.

This I agree with, but also keep in mind that this is the same publisher that required Project Soul to beg for SC6’s greenlight, and demanded Tira be paid DLC to be in the game at all. Basically I’m surprised I didn’t see this coming a mile away, since use of the term “feature” was somewhat nebulous and could have meant anything (again, Tekken Ball or Team Battle, etc.).

Also apparently it was confirmed that they could have charged for other things they already included for free, but chose to make this the paid feature instead. I was somehow not surprised to hear that.

Wow, been watching ‘old’ tournament footage. Even pools can be hype