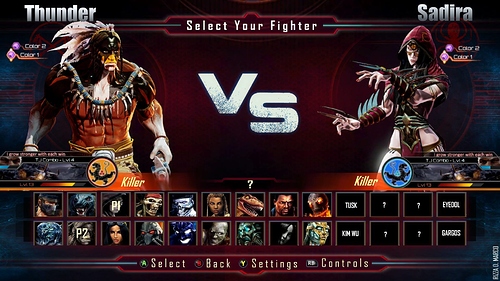 Very nice. Visually pleasing, well organized, efficient on space.
It even looks somewhat easy to change if Season 3 ends up with a 9th character (i.e.3 rows of 9 instead of 2 rows of 13).
I think your design has potential,especially with an 8 character S3.

Within the construct of season 2’s art style, I think it’s great. It’s functional, yet easy on the eyes. I’d personally like to see a little more flash in the background. Perhaps something darker, with lightning, maybe a neon “V” instead of VS… But just looking at the picture itself, I think that what you did here was awesome and if that’s how it wound up looking in season 3, I’d be down with that, no question.