Stuck in a gaming rut HELP!

So here’s the deal:

I’ve been playing Neverwinter on my X1 since the Beta in March, and finally (unusually) I’ve become incredibly bored with the repetitive nature of the game. I’m sure I’ll go back to it at some point but I wondered if you fine ladies and gents could recommend some old or new games that may tickle my fancy?

Fav genres are RPG’s and fighters but I’m looking for something different to really get my teeth into. Any and all suggestions would be welcomed

Battletoads in rare replay. If you do,good luck beating the turbo tunnel.

Haven’t beat the turbo tunnel yet but something harder than it? Mindblown.

Haven’t beat the turbo tunnel yet

I did beat turbo tunnel but it’s not very hard. Rat race always make me want to crush my tv screen… lol

Not sure if these are the best suggestions but:

I know most of these are on steam. Not sure about Megaman x though…

Smite is a good free MOBA game, if you like MOBAs that don’t have a top view, and you control the heroes.

Plus, the New God they released, is the lovely, Hot, Sol the Sun God. She actually might become my main! (Close to beating my other main, Artemis) 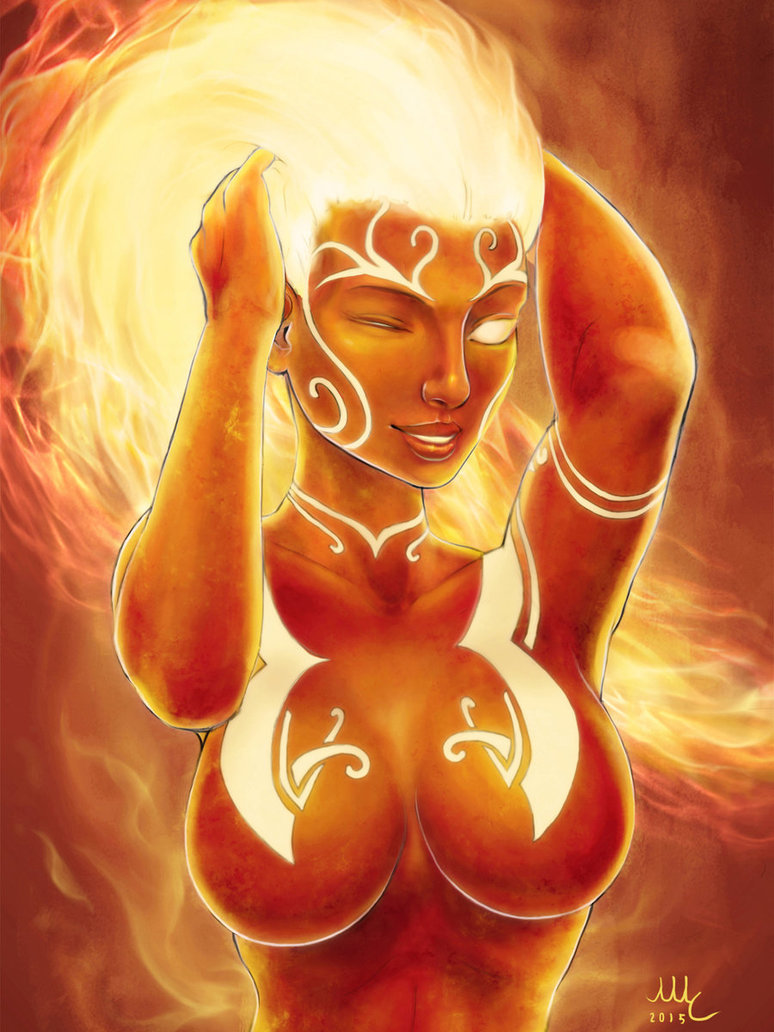 Fan art of her!

If you have EA access on X1 you canp lay Dragon Age inquisition for free. It’s a good RPG you might enjoy.

If you’re into RPG’s, there are a few suggestions I have for you of varying styles, budget levels, ages, and qualities.
-Knights of the Old Republic
-Baldur’s Gate
-Dungeons and Dragons: Heroes
-Fallout
-The Elder Scrolls (Arena, Daggerfall, Morrowind, Oblivion, Skyrim)
-Wasteland
-Lord of the Rings: The Third Age
-Heroes of Might and Magic
-Ultima
-Diablo
-Demon’s/Dark Souls

If you’re looking to branch out or want to get some new stuff, there’s a lot of big titles coming out next year that you may or may not be interested in.
-Dark Souls 3
-Doom4
-KI Season 3
-Final Fantasy 7 Remake
-Street Fighter 5
-Uncharted 4
-Horizon Zero Dawn

Hopefully some of the suggestions in this thread get you somewhere, comrade. Best of luck finding something you like to play!

Thanking you all for the suggestions, should have mentioned I have Rare Replay and Smite already

Current offerings on X1 are boring me so I’ve been looking at older titles on the original xbox and PS2.

Well, if you like card games or Magic the Gathering, I would recommend Magic Duels: Origins, which is free to play, has a great tutorial, great back-story (that actually teaches you about the origins of MTG’s Planeswalker characters), hundreds of cards to choose from, a lot of unlockables, a deck creation feature, and they just recnetly updated the game with a whole new single player story-based campaign, new cards, backgrounds, and play space.

I also recommend World of Tanks, which is also free to play. It’s a slow, tactical shooter, where you really have to take an awful lot into account, but it can become addictive pretty quickly. Despite its slow nature, matches go rather quickly too (anywhere between 3-10 minutes).

If you’re looking for something new for PS2/Xbox you might like these: (I’ll try and add trailers below)

Otogi - action/adventure based on japanese mythology