Streamers and my thoughts

image.png730×56 4.96 KB
KI promotes bad streaming, there is good honest streamers out there, and there are also no good botters, they know who they are, don’t see them much do you? It is so bad for the community, the immaturity of it all to, maybe one day things will change Good Luck at the world cup, This is for the good and the bad, can’t hold grudges
DARKNIGHTSPIDEY February 20, 2017, 12:39am #2

I don’t understand. What’s the OP talking about?

Basically, OP is claiming that KI streamers use bots to fake the amount of views they are getting. I’m saying that is false.

Why would someone cheat the viewer count With view count that low?

And how does ki promote this?

Yeah, that does seem pretty ridiculous… 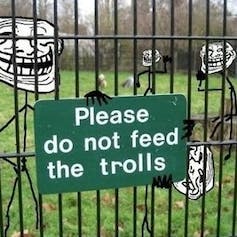 The bot thing to fake views, I have seen that myself. No stream that has 400+ viewers has a blank chat area.

I am not saying that only KI streamers do this, or that even a few do this. This trick is done in all games. I have seen around 5 KI streams like this, so I know he is not lying about the fake viewer numbers.

Well, twitch now does the chat replay deal. Can you link to this example?

At the end of the day the truth comes out They know they are wrong for doing it. The funny thing is that they know who is botting and they are doing nothing about it. The game is going downhill it is a big pimple for the community and it needs to be popped!

Okay, here’s what we do:

I will begin streaming KI. Invite everyone you know to watch my stream so we can get a few hundred people viewing at once… but no one type anything. It’ll be a hoot!

This is far from the only game that has this issue with streamers. It is more about people being d-bags, and less about the game.

Joke all you want, but I have never seen a stream with over 25 people and no chatting.

I will joke all I want and I’ve never seen a non-tournament KI stream that was silent on the chat and sporting any numbers worth while.

I’m aware my experience does not encompass the breadth and width of Twitch’s total KI streaming. But OP is a sad attempt of a troll and if botting is as prevalent as you say… well I might’ve noticed it at some point.

Not its not and if it was then noone would be playing except crickets.