Stream before trailer, takes the hype away from trailer?

Hey IG, MS and people on the forums.

I love that they’ve been changing their marketing, to try new things to see if something new works better.
But I can’t help but feel that the hype of the trailers is pretty much completely gone :-\

Pretty much all of the hype around the trailers was to finally see the full design of a character and try to analyse what you could from the moves you see.
Now… it’s just for a tease for the next character, and that’s it :’(
I of course still see the trailers, but with disappointment, because I remember them being way more hype… and it’s not because the trailers have become worse, Max and the team is doing an amazing job… there’s just not much to come there for anymore :-\

I know it’s probably done like this because of all the backlash they’ve gotten from revealing early designs, but when they don’t come out (both stream and trailer) before we’re very close to release anyhow, I don’t really see how much they would have time to change anyhow…

Thanks for listening, looking forward to hear what you guys think.

Agreed, but im sure they thought of this and there is nothing they could do. I think…

I love that they’ve been changing their marketing, to try new things to see if something new works better.But I can’t help but feel that the hype of the trailers is pretty much completely gone :-\

Im pleased to see Gargos being shown tonight! and as always ill be watching! Im super excited today, but before today ive been “whatever” about it.

i think some of this is the pacing.

im pretty much 1000% sure we wouldn’t go straight to live stream if we had a property from another game?

Still the dev’s are spending more time on making KI more polished and impressive than last season so watch out for that!

I think it’s part pacing and part factors beyond control(we’re not seeing regular news/looks into the dev process as was the case with textual streams etc from s2), the teasers, when they’re meant to come, sometimes don’t (Gargos for one and sometimes I think other teasers too) and the trailers not having teasers attached to them also makes watching less enjoyable as you wait for the tease and then… nothing.

I understand that these factors have been considered by the devs, but still I just thought I’d throw my opinion out here. Releasing a trailer after a stream seems relatively pointless unless, of course, you want to show something worth waiting for. That’s probably just me though.

We guys on the forums are the hardcore player base. I don’t really think the trailers are aimed at us. I appreciate that they show us gameplay footage without having to wait for the trailer to be done.

I bet Trailer will come with the stream, and then get uploaded on YT.

I’ve s said this before, but trailers aren’t for ya’ll here on the forums. All the teases and streams and things like the novella are.

But the trailers contribute to the hype, it may have been unintentional but it’s what ended up happening.

It may not have been the original plan but the trailers feel just as much for us as they are for people who aren’t familiar with Killer Instinct. They ultimately drive the final nail in the hype coffin.

EDIT: Keep in mind that I say this with nothing but respect for you guys. There is no anger behind this post whatsoever. But I have to point out that this is a situation the marketing department created for themselves. “Heros create their own villians” and all that.

Well, overall the word about gargos is still out there, and while there’s not a singular trailer, for Gargos specifically he was featured in the main s3 trailer, so the general public sort of got their tease then. Hype accomplished, albeit in a different way

I don’t mind the trailers after the streams because even if I have seen the character in all it’s glory, I can still show the bad ■■■ trailer to people who don’t really follow the game and see their reaction to it which is always fun.

I don’t mind waiting for the trailers honestly because like @TempusChaoti said they aren’t meant for us. It’s aimed towards the casuals who don’t follow the game as closely as we do. It’s cool when they happen but we already know what he looks like, his voice, and his winning outro. That can hold me over until his release.

I’m actually more interested in seeing a trailer just to see how far KI has come along in their trailers. From the bare bones trailers of S1 to now the more elaborate and theatrical trailers of S3. I’m still just as hyped for Gargos trailer or no trailer.

I agree. Whether it’s meant for KI forum-followers or the wider public, the marketing system is the same for both. People will see whatever comes first, not just because they’re better informed.

For me, the stream reveals everything that could be shown in the trailer, so all the surprise and “wow” factor is gone when the trailer - which is meant to be all cinematic and “wow”-inducing - comes out. In previous seasons, the trailer usually came out as a tease to show off the character’s abilities. Then the stream would explore those abilities further.

I believe this would work better for a casual / non-fan, because the rest of us folks already are chewing on Rukari’s morsels whenever he drops them on the forum and religiously following every news, post and tweet that comes out. For us folks the “wow”-factor pretty much dies at birth, anyway (and I’m not saying this in a bad way!). We are constantly on top of things, it’s natural. The general public, on the other hand, is who really needs to be surprised.

I think the bottom line is most people that are wanting the trailers want it to be the way it used to be. Thats the process they have grown to love and are expecting and without it it seems like a let down of some sorts.
At least they have told you that the process has changed and it wont be the same.

But the trailer is some thing to look forward too before the reveal.

I don’t know… Originally I was on this bandwagon and I looked down at people who complained about the new marketing model. But the further we get into Season 3, the more I understand where those people originally came from. Keep in mind that this is completely my opinion, but I find that the way Season 3’s marketing was handled left me much less hype about new releases.

A lot of people who’ve been rightfully supporting Season 3 have been downplaying the power of trailers and teases on the community. Teases would set you up with a small glimpse at the beginning of the month, trailers would top it all off only 4 weeks later.

Now everything is jumbled and inconsistent. And without the format we were CONDITIONED to follow, it greatly affects the impact of Season 3.

And while we’re on the topic of teases, I’ve been waiting for the right time to point out that if the teases were not ready for the first two or three trailers, then why was an effort not made to correct the issue?

I believe it’s because (like I implied above) (OPINIONS PLS) Microsoft has underestimated the trailer’s/tease’s power on the community. And if this is not true, the fact that I was allowed to draw this conclusion still works against Microsoft’s case. Because of this inconsistent marketing, Gargos could drop tomorrow and honestly, I wouldn’t care all that much…

That’s how much of an effect marketing has! Even on well-established fans!

I wonder if the next character tease will be in the Novella.

The trailers never had much use to me as a “oh snap what can this character do?” exercise, just because I don’t see the point in speculating on such things without additional context. After they became more cinematic, I started liking them mainly for the bits of lore and atmosphere they imparted to the character (Aganos and Hisako’s trailers were amazing for this). Given that, I don’t really mind the S3 format.

I still think the ideal release format is teaser, text background, trailer, live stream, but all in all its not a huge deal. And the devs have been pretty up front that S3 content won’t be released like that by and large, so I see no reason to complain.

Now everything is jumbled and inconsistent. And without the format we were CONDITIONED to follow, it greatly affects the impact of Season 3.

Can’t speak for teasers BUT… Wasn’t it the same in season 2 though?

They always had a stream before the trailer if i’m remembering right.

Pretty sure it was the other way around… 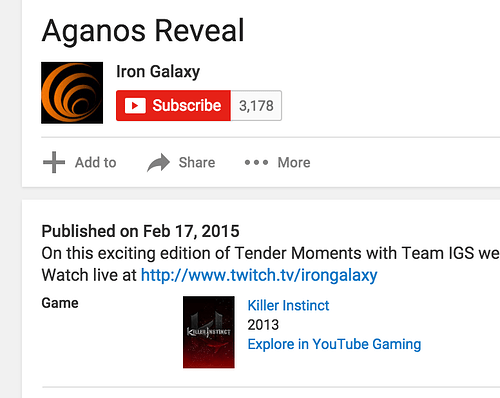 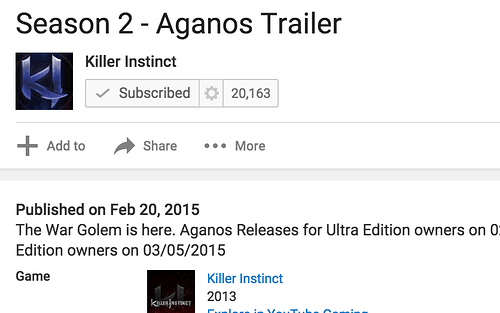