I haven’t made a posts like this in years. Moderators will have to forgive me (or not) for any language I use here. I will try to keep it as clean as possible but given the circumstances, I make no promises.

2016 - but, moreover, the last 3 weeks - have been one continuous kick in the balls after another.

Within minutes, on THAT SAME FU**ING DAY, I’m told by my mom that my Grandmother, who’d went to the hospital for treatment of the staph infection in her leg and was making a full recovery, had suddenly reported that she couldn’t breathe - while in the middle of ordering what she would have for lunch, no less - and was soon unresponsive on life-support because her doctors had failed to give her a respirator for 43 s@dding minutes.

That especially sucked because we now had to pack our bags overnight and hop on - not one - but two flights across the damn planet to get to her!

And also, she was declared brain dead before we arrived - so that too…

As if things couldn’t possibly get worse, when we arrived, my mom decided she wanted to feel “closer” to her presence by refuses to book a hotel and cramming my immediate family of 7 other people into my Grandmas old house (her most recent of many but this place is pretty OLD) with a poor heating system in the middle of winter!

It doesn’t help that I can’t stand most of my immediate family (one of my sisters is pretty cool - but she has children, so…

Her heart eventually failed - which I guess was best-case scenario, given the situation, since it meant that none of her children had to make the call to “take her off”.

I love my granny and probably called her the most out of all my siblings, but I’m not really someone who feels strong emotions about things like this. Nevertheless, I had to spend 4 hours afterwards packed into a hospital room trying and failing to emotionally connect with people that do.

), watching family walk in and out, having to make small talk with them and putting on a face for others while trying not to join grandma by freezing to death.

As an introvert, this has truly been H€LL (frozen over).

Today is the day of her funeral - so as I checked Huffington Post like I do most mornings, I was content in the fact that soon, at the very least, the worst would be over… 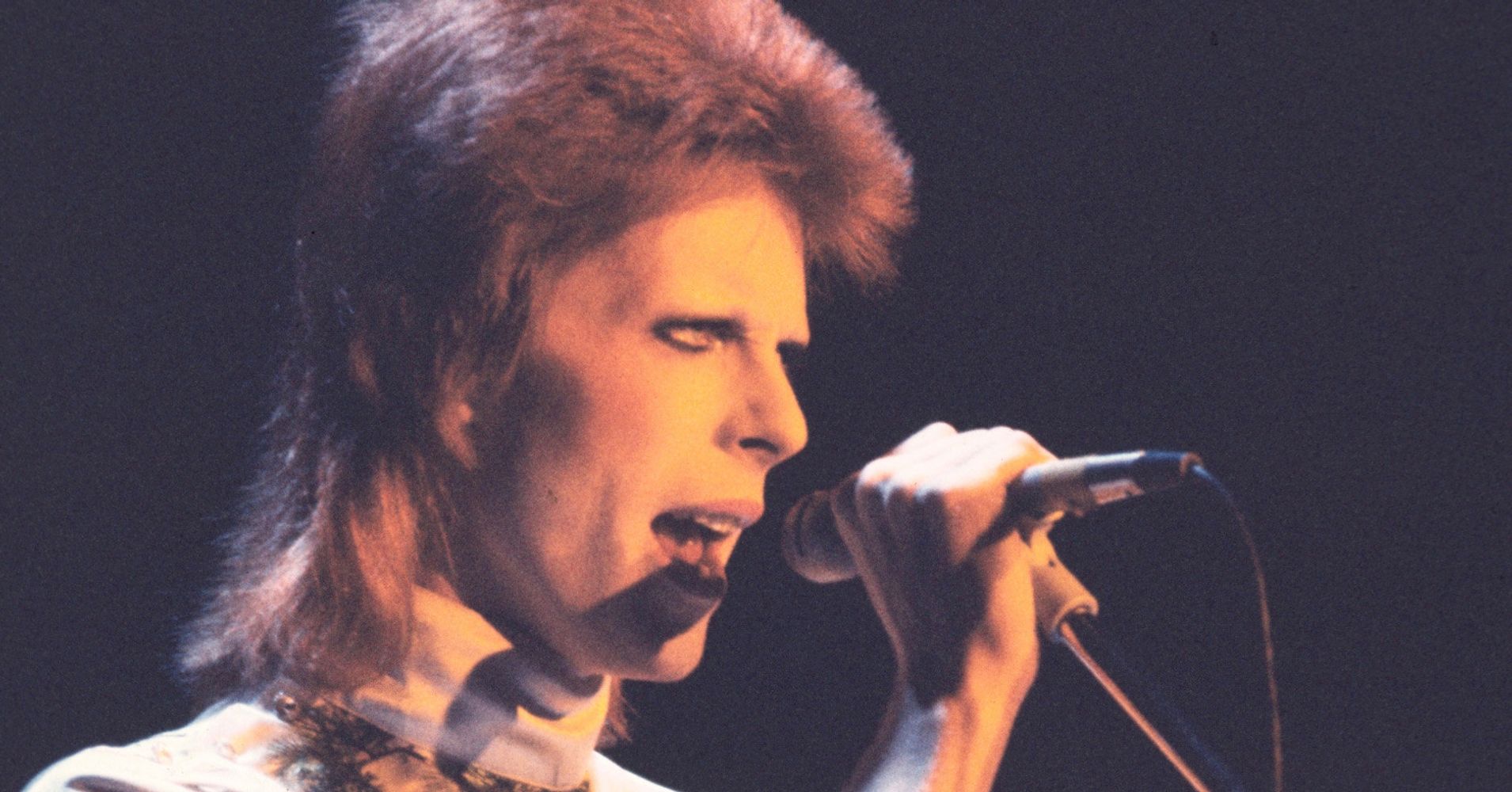 "Blackstar," his 25th studio album, was released this month.

There are very few things that have kept me sane, not just in the past few days, but in the past six years and that has been listening to music. As a generally antisocial individual, music has always been the closest thing to having an actual excuse not to have people strike up a conversation with me, just short of telling them to “piss off” - when someone sees me wearing earbuds, they usually don’t approach me.

Amidst a sea of 40 to 50-something year-olds claiming to have fallen in love with David Bowie back in the 1970s after hearing his original ‘Space Oddity,’ I’m rather ashamed to say I’m a 90s kid who only discovered David Bowie’s work probably around 3 years ago while investigating a reference made on the Stewie Griffin - the Untold Story DVD. (Better late than never?

I’m a bit OCD - to attempt to put myself on some kind of level with all those who’ve claimed to be fans for years, I like to begin listening to music from multi-year artists beginning from their very first submissions. And so I started by listening to David Bowie’s self-titled debut album, working my way through his library with a month’s interval in between each album. (Sometimes I need to listen to songs at least 4 times before I start to “get” them and they begin to sound good to me - such was the case with the entire Young Americans album.)

I think It was his The Rise and Fall of Ziggy Stardust and the Spiders From Mars album (even though Diamond Dogs turned out to be my favorite out of all his albums) that cemented him as my favorite artist of all time.

The thing I liked about him so much is that, unlike most musicians, he never stayed still - most of his albums had him bringing something new to what he did and he wasn’t afraid to get weird to achieve that “perfect sound” - especially in songs like Aladdin Sane (1913-1938-197?): https://m.youtube.com/watch?v=q2y9inP4CqE. (Mike Garson beasts on the piano.

I was making some pretty good progress on his library but ended up stopping on his Never Let Me Down album - no, not because I didn’t like it but because I became too busy to hunt down more of his work. To this day, I’m still not sure what so many people, and even Bowie himself, generally found so unappealing about that album…

Sh/t, it’s going to be difficult getting through the rest of his library now.

I have a lot of the character themes Mick Gordon did, but it’s ultimately David Bowie who takes up the most space of any single artist on both my MP3 players. I’d even cheated on my listening schedule by allowing myself to hear one of his latest songs - Blackstar (http://www.youtube.com/watch?v=kszLwBaC4Sw&t) when it’d been released! I recall listening to it on my MP3 player as I stood by my grandmother’s bedside after they pulled the machines.

I am not making this up: The doctor gave my grandmother two more days on the incubator before a decision had to be made for ethical reasons and my family didn’t trust the staff enough to leave her alone so at least one of us was camped out in shifts inside her room at all times. I was there with a few others, quietly listening to Blackstar on my MP3 player but paused it because I realized I was starting to doze off…

I’m awaken a few hours later with the news that her heart rate is getting weaker and stepped out to let other family who were pouring into the room by while I went out to a waiting room to sit down by myself since I was still barely awake.

Sometime later, I’m called back into the room, told that “it’s time”. So while everyone was huddled around her bed comforting each other, I was just awkwardly standing around in the back of this crowd of people with their heads hung. I decided to put my earbuds in again and press play to pick up where I left off…

I feel I’ve barely scratched the surface of his work but I can already tell that Blackstar (the song) was truly his masterpiece; it’s like I find something new that gives it more depth every time I listen to it! And now, finding out today that he knew he’d had cancer for the past 18 months as he was writing songs like this…

Smdh.
Chills, man. Chills. A showman until the very end(?)

Though a lot of people say this, I hope Bowie DOESN’T rest in piece. Gosh, it just sounds awfully boring.

p.s. There is one good thing that came of all this: The plane on the ride over here was equipped with a media player built into each seat. Under the music menu, one of the only selections that actually appealed to me that I spent a majority of the nine-hour flight (and would have gladly spent 9 more hours) listening to, was Roger Waters’ Amused to Death album.

Well, I made it through that literary masterpiece you composed, LOL! Seriously though man, I understand what you’ve been going through firsthand. I’m sorry for your loss my friend. I just want to say keep your head up, 2016 may have started off rough, but we can still make it anything we dream. Stay inspired my friend

That’s the third comment I’ve received praising the way I write, you people need to raise your standards! Lol!

Also, I’d said “Richard” Waters instead of Roger Waters. Like I didn’t have enough reasons to feel bad today.

Thank you for the well-wishes, though it’s all of us who’ve just suffered a great loss.

Still, another silver lining is that I just realized today is a Monday - I’m at peace with how terrible the day has been!