Something I'd like to ask a favor from you guys

You see, I don’t have a Xbox One yet, neither Windows 10 to get KI, and I’m sure there are some people here too in the forums who don’t have it.

I’m sure you may be asking, “But wait! What about those KI videos you made like the Microsoft Sam Announcer? You said it was recorded in Windows 10 by Xbox DVR!”

Ok, here’s the scoop, I used a different laptop which runs Windows 10 of course. However, it’s NOT my personal laptop, rather it is from a relative of mine, who is living in a different country. My personal laptop runs Windows 7. When I went for a vacation there, I was able to record KI gameplay for the videos I’ve uploaded, and it was my opportunity to do so.

You may probably ask, “So why don’t you just upgrade your personal laptop to Windows 10? That would just save your time!”

Look, in my honest opinion, I don’t think my NVIDIA Graphic Card could handle KI at its full speed, so it would be just a waste of time upgrading it to Windows 10. I’ve once tried playing GTA V and WWE 2K16, the speed wasn’t that good…

Ok, end of story. Now it’s time to bring up the main topic…

So I wanted to ask a favor from you guys, now that you’ve seen the story, can you record raw KI footage and send it to me so that I may use it for upcoming videos?

These are the upcoming videos I will create:

Criteria in recording the raw footage:

Criteria in recording the raw footage:

That’s all. Thank you for reading.

2: The higher difficulty of Jago/Gargos fight is, the more entertaining, but also the less likely I’ll net a high combo. What’s your decision on this?

Here’s a test one. Does this work for you?

But I am an idiot. I realized I should have put in this criteria too: HUD should have been removed. Reason is so that I could throw in edited Divekick lifebars and Fraud Detection Warning through video editing. So forgive me.

Also, turn off the announcer. It could be “distracting”.

As regards to Jago vs. Gargos (with custom music), it’s ok if there’s no lifebar. For the difficulty, I’d say just be on Medium/Normal, it’s my choice.

Time to do some numbers and counting so I can get Shago and Spinal down to a pixel without dying. Even with the life bars I screwed up 3 times

PERFECT! Just exactly what I need! Thank you very much!

Just leaving this here from another thread so that others could be aware. Thanks! 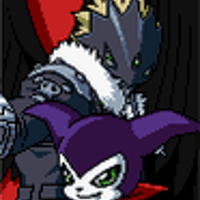 Play on Astral Plane against Gargos in Survival!

Ok, I know this may be a weird place to tell something like this, but oh well, I'll tell it anyway... So far, the only way this stage can be played is by playing Survival when you face Gargos. Now I wanted to ask a favor from you guys. There's a...