Will the season 3 soundtrack be available for purchase when the season ends? The KI soundtracks are astounding workout fuel and definitely feel deliver the hype when I’m driving, I’d hope they announce it soon, if they do.

The season soundtracks are usually not until after the season has concluded. It will still be some time before we probably get a season 3 soundtrack. Right now we have season 1 and 2 soundtracks to hold over, so if you haven’t already, you may want to officially support them by buying the music.

I bought season 1 and some of season 2 already off itunes. Season 1 comes with the original KI 1 soundtrack that came with the old SNES version, so it’s like two albums for one price.

Of course, if you have to get only one, Inferno is my workout fuel.

Sweet, thanks for the clarification. I was unaware on how/when they usually release the soundtracks for the season.

Definitely, I’ve bought both seasons. Polemos, Sandstorm, and Inferno are my go to tracks when hitting the gym.

Season 2 is probably all around more hype, in my opinion.

If you don’t want to wait, Youtubers RKosmiK and AppealToTreason upload edits of the themes usually a day or two after each character’s release. They’re probably not the same as the official arrangement, but they’re doing well to hold me over for now.

Tusk’s and Kim’s themes, soooooo good! Rash’s theme puts me into the most happy mood.

Rkosmik dynamic themes are the best of all.

The purchased songs are 3-4 min edits of the true 10-12 mins full songs that do not have the idle themes included- most have the legato transition replacing the awesome KI references you hear in game. I have purchased the official edit albums anyway.

I was disappointed to hear orchids theme chopped to pieces on the official, missing verses and the awesome ‘killer! Killer! Ooooh she’s a killer!’ Remix-

but Rkosmik has ALL of the variations muck included in the game ! That goes for Hisako & Kim Wu & Kan Ra & even Aganos theme the only thing I like about that character!
I must say Glacius Maya & cinder Komplete Rkosmik versions are works of audible Art.

Inferno from the iTunes sdtk is NOTHING compared to Rkosmik version.
Kim Wu is my most played, along with Hisako & Orchid
Even rash theme is tolerable in Rkosmik themes! The most exciting thing is that he includes the ultra notes at the end of each Komplete Dynamic recording.

If you have one of the iOS apps that play/ extract YouTube mp3s your gym experience/ car ride/ park walk will be like no other. I enjoy listening to all the elements and portions of the songs.

I would assume so…yes. Im with you though…Both my vehicles have S1 and 2 soundtracks that stay in the CD player. My family knows every song every part lol

Sooo it’s September already. Can we please get some soundtrack info please?

Having trouble finding a picture of the map, but the song they play while on the map is epic. Essentially there are two Fulgore-looking characters in the background that appear randomly, and the song theyre playing is a drum’n’bass/dubstep. Epic. Hope they include that in season 3, or is it already available?

/in previous seasons since the season 3 album hasn’t been released yet.

Polemos, Sandstorm, and Inferno are my go to tracks when hitting the gym.

Type-03, Herald of Gargos, and Temperance & Vengeance are my workout jams. So pumped right now.

You are speaking of the incomparable Mick Gordon track for Arias stage.

OK, I can’t take it anymore. The DE is out and no word on the soundtrack. I need to know info on the soundtrack’s content and release badly. I have come to a point that I don’t even care about SL anymore until I have my soundtrack fit. Priorities first.

So I kindly ask anyone who has already opened their DE box and popped in the soundtrack CD to tell me what’s in it - song listing, running times, etc.

Also, I would very much appreciate if the devs or anyone responsible for the soundtrack’s digital release could give some info on the soundtrack’s release date, content, pricing, places where it will be sold, etc.

Or I will hold my breath until I get an answer.

You might have to wait just a little bit longer: I don’t think GameStop opens until a little bit later in the morning. (For the record: I’m not getting the Definitive Edition because OH MY GOD IG you can’t have all my money)

But I’m also excited to hear the official cuts with you!

Forgot about the timezone (I don’t live in the US) but still I saw some people posting on Twitter yesterday already unboxing their DE and thought maybe one of them could come by the forums and share the info with the rest of us.

But what really got me down is the complete absence of news regarding this subject. Even the official KI Twitter page hinted at it yesterday, but then only silence… the same silence that answered my many posts questioning about the soundtrack (one thread in particular was even shut down).

I know SL is the big thing right now but I am actually more excited about the soundtrack than anything else. I’m not getting the DE either because I already paid it x3 over the last 2 years (plus shipping expenses since I would have to import it) and I’m not that crazy about Pold / Glatinum Gargos.

All I REALLY wanted right now was the S3 soundtrack… and a revisited Riptor theme if we lived in a perfect world. But since we don’t, S3 soundtrack would do.

Check the definitive edition thread, someone posted the tracklist yesterday.

EDIT: Just saw the tracklist and was extremely disappointed… Apparently it’s just a “demo CD” with 12 songs from all 3 seasons (4 from each season). 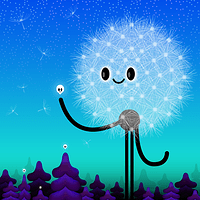 I sincerely hope the S3 soundtrack still gets a digital release with all themes. And I would really appreciate if @rukizzel or any of the devs could give some more info about this.