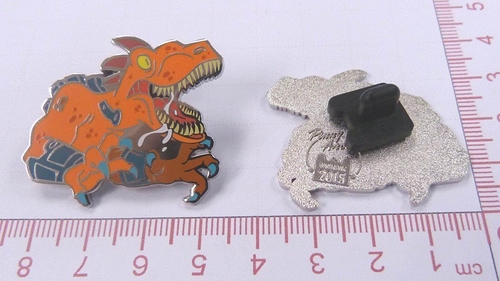 Hot off the presses! We’ve got some exciting news for those of you who will be attending PAX Prime 2015 in Seattle, WA later this month. We once again partnered with Penny Arcade to deliver you a special Riptor Pin which will only be available to PAX Prime attendees who stop by the Astro Gaming booth and play a match of Killer Instinct.

You can read the full article here: http://www.ultra-combo.com/riptor-pin-available-at-pax-prime-2015

Please make this available on the Penny Arcade store, not looking to pay ebay prices…

Darn, I really hope Penny Arcade sells that on their store.

What about anyone living anywhere other than the states? -_-

Maybe Europe isn’t the biggest market but KI should definitely make sure that these things are avaliable to us too even if we have to pay though the teeth for them.

Show us some love guys!

My wife is going to lose her mind when she sees these.

Please make these available on your
website penny arcade!

I totally get having some rare giveaways at events but in my opinion, having the pin be one of those is a little unfair. There are a number of KI nuts, myself included, that purchased the Ultimate Edition of KI and even spent hundreds of dollars on bloody pins. This particular pin was basically presented at Pax east almost a year ago, and now finally we find out that unless you are going to PAX Prime, you are beat. Again, my opinion, I do not think that is fair to the fans.

Looks like Ebay will be the only way the majority of the KI community will be able to even have a shot at getting the pin and that is a little disappointing.

You could always lurk in twitch.tv streams. I just got the Shago buff and Glacius pin for subscribing to llPaulB.