Well using this plus Eyedol’s instinct to cause the camera to look at him facing the wrong direction so it looks at him and the foreground of the stage, rather than the background. most stages have an uninteresting void, but i did find a couple things. Biggest thing is on the Forbidden archive, 2 mummy looking guys just chilling out in the void. not sure what they’re for. 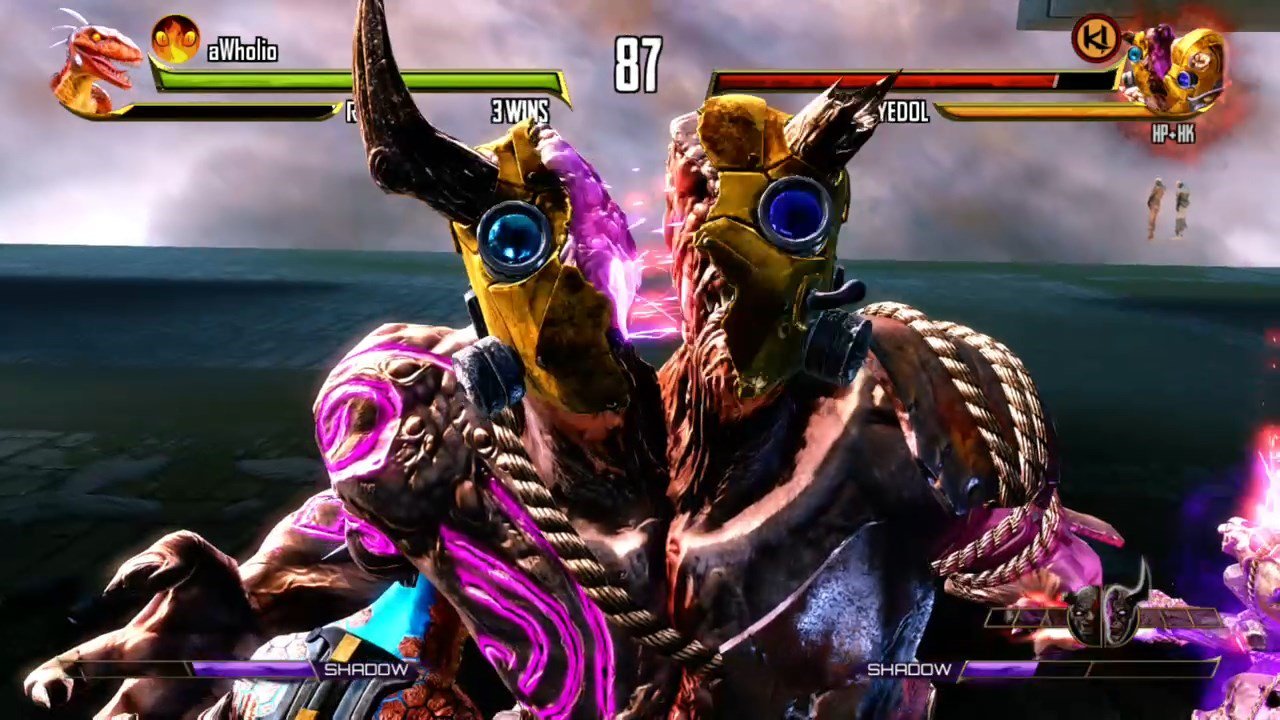 Hey @IToTheG @KillerInstinct who are these guys in the back? :D

Video of Forbidden archive, plus other stages. 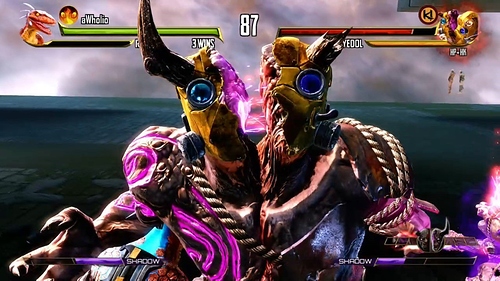 but I have no idea what’s this…

What bug is this?

Ill post a full explanation later. Along w other discoveries

Well one could be the mummy that flies into you when you get stage ultra’d, not sure about the other one.

Can someone zoom in on them?

Also happens to Jago vs Shago.

On the left side corner, when Shago wakeups with his DP, use Jagos heavy DP.

Hisako has a few issues with reverse mesh, too:-

Really? I thought he didn’t have that animation anymore…

ahh reverse mesh is the proper name for it? I was struggling with what to call it

I think it looks pretty neat to be able to see the characters stances flipped.

Hmm, yeah I think basically it has something to do with mesh flipping, you aren’t really supposed to see the character from that angle so it causes some crazy effects, I do think some of them actually look pretty cool, it’s a shame it somewhat breaks stages, though.

Sadira’s ■■■ is awesome viewing by this angle.

play close attention to the very end of it

OH! Lol so that’s what that bug is? cause I did that once to my brother’s shadow in a Riptor mirror match fixed it by knocking her back on her ■■■.

This is one of those bugs that should be a feature.

I’d like it just to be able to make my KI stupidity videos more dynamic with different angles and such.

Specifically, a KI theatre mode. Which I have stated many topics about and they did get some favourable responses in the past.

We should be able to rotate the camera in the replays anyway for screenshots.