Real Passion, big LOVE for KI. Is this

Been in the first line of EVO 2016 MAIN EVENT. RISING THIS… My respects to you. KI warrior.

We (and all other fighting game at EVO) should be there. 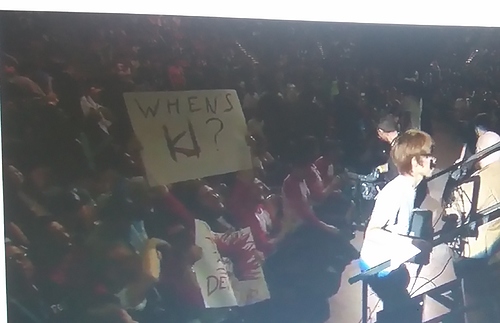 I’m guessing this was during the Pokken tournaments 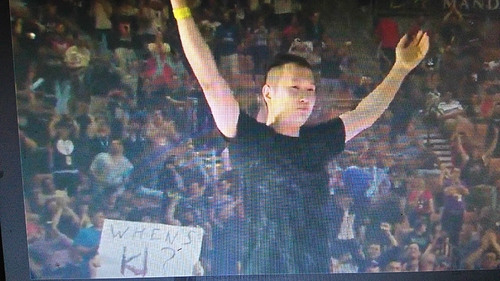 While we can all agree that KI is a perfect game, it’s really hard to get on the main sunday stage. Even smash wii u didn’t get on the main stage despite being 2nd in entrants, ironically lasting 4 hours and holding up Pokken, and by extension KI. Seriously, the hype was kinda ruined when half the people went to sleep before Eyedol was revealed. I had to watch the rest of the top 8 vlog the next day because it started so late. I think every game finals (instead of like, 4?) should be on the main stage though on sunday. Makes it fair for everyone.
Plus, some of top 8 for some games were played in “the pit”, like really?

I would have liked to shake his hand. Plus that picture is just friggin hilarious. Maybe next year we’ll get that Sunday finale slot.