And Freddy Kreuger too

WOW! Never heard of this movie! thanks for sharing!

Ooh, this looks like it could be interesting, I quite liked “Gamer” despite it’s shortcomings as it had enough realistic references to video gaming to really sell it. This looks more beautiful and imaginative, I just hope they didn’t save all the best shots for the trailer, that happens a lot these days…

I saw… The Iron Giant, The Delorian, Freddy Kreuger, Kratos… I’m going to have to watch this two or thee or a thousand times to see all the guests.

It kind of reminds me of Wreck it Ralph with all the homages.

Rush music is in the trailer! Woo!

Freddy and Kratos?! Where???

You see Freddy get blown apart. Kratos is driving a car. Both are brief.

I’ve also noted a few Xbox themed things in the trailer too: “Dizzy” from the Gears of War series is present, and the large creature that blasted Freddy used Master Chief’s assault rifle to do it.

If we all hold hands and make a wish, maybe a KI character will appear for a brief split-second too!

In a twist, Sadira becomes the main character!

FYI this is based on a book. It’s a short and easy read that is absolutely chock full of video game history references. People should really check it out. I enjoyed it. It looks like the movie is a very loose adaptation which is adding more common and more recent pop culture references. But those references are in the spirit of the book.

Oh cool! Ill add it to my library in my office… thanks for the tip! 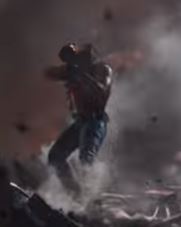 Hail to the king baby!

He’s right next to Freddy Kreuger.

Here’s a few other things I found: 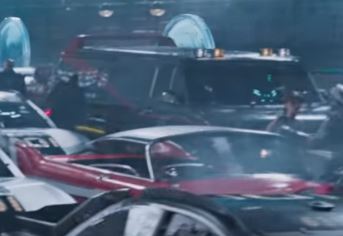 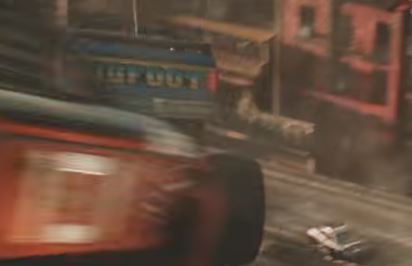 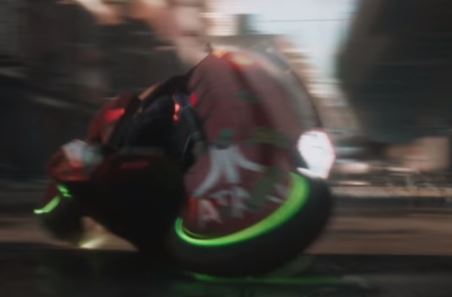 And this one I thought at first they were perhaps chocobos, but turns out they were Joust ostriches.

Joust is a big deal in the book…

oh god christine is there too wtf lmao

oh god christine is there too wtf lmao

Now who is she exactly?

Christine is the demonic ghost car from a Stephen King short story turned movie in the 80s.