RANKED FAIL System ? 2554 points free every month after the reset?

Hi guyz, this morning like every morning after the rank reset, ive been for check the top 32 players of the months, and in my big surprise i see once again the same guy who after the rank reset (BEGIN ALWAYS with 2000 till 3500 free points for 10 w-1L )
But today i decide to make a screenshot jut for ask if its logic or not.
@thekeits @TempusChaoti @rukizzel @CStyles45 @developers

JUST check at the Nunber one classement, would like to know who this guy has beated, to get so much points for 10 combats

CAn someone answer to this please 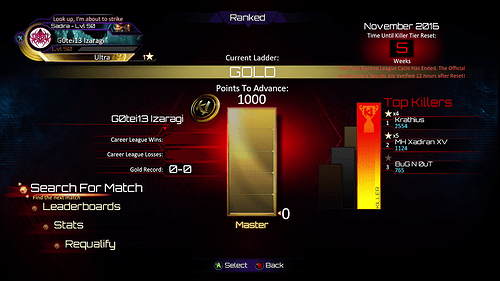 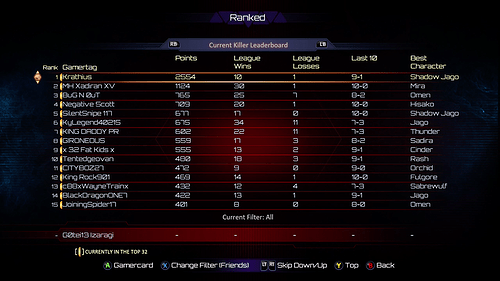 @SoSRaGnArOk im informatician too so what do you think it could be?

so my rank said T-2. So I’m curious as to how they reset to having over 2k points

Could timezones be a factor?

Surprise, it’s the guy that’s had multiple threads made complaining about him yet nothing ever gets done.

this guy cheats his way every month to top 32, and ig /microsoft literally never do anything about him despite numerous threads abt him. there is nothing wrong with ranked gamertag: krathius has found a way to consistently cheat or how can anyone explain someone getting 2500 points with ranked just being reset 30 minutes ago smh @rukizzel @TotalJimkata @CStyles45 @Delriach @TheKeits

Could timezones be a factor?

i dont think so. cause it happenned just 5 minutes after the rank reset then i saw this guy almost with 2554 points and every month its the same guy at this place . then i was curious to understand who this guy has beated to get so much points in 3 minutes. if you zoom on the picture you can see 08:03 from european hours . we have 8 hours difference with the server. in europa the server reset at 8:00 in the morning.when in the same time its 12 pm by the server.

so my rank said T-2. So I’m curious as to how they reset to having over 2k points

lol i just tried to begin with hisako on ranked then i saw that. i was like WTF? OMG

you saw that after 30 minuteslol, but i saw that after 3 minutes . past month i saw that too after 1 hours he 's always between 2000 and 3500 points from begin just after the rank reset.
i really need to know how can it be possible

This really needs to be looked into. Looks like someone needs to have their Xbox live account shut down.

Surprise surprise, the ranked system in KI is a joke!

Top 32 are not the most skilled, but the people who play the most. Killer with a character rank 50 and account level 50 could be someone who mashes buttons, throws out unsafe moves nonestop or it could be someone who placed top 8 at the last tournament. Outside of their name if you recognize it or not there’s no indication of what you’re matched up against.

KI’s ranked system has been embarrassingly flawed since it’s inception. I’d still argue that season 1 did the best job with it but even then it was pretty bad. At least with S1 there wasn’t such a huge range of skill in the top rank, if you played a Killer in S1 they were good at the game period.

If you beat someone who ranked higher than you then you get more than 50 points. The amount you get is different. Its usually 100 for me but ive gotten 1000 points before. Not exactly sure how it works. My guess is that someone won a couple games to reach 1st place, then Krathius fought them and won so he got more than the 50 points.

I wanna say that beating someone who is among top 32 will give you the most points.

That’s how I think he got those points. I’ve played against him before and he never rage quitted or did anything shady for me to believe he cheats.

Except he was up there as soon as the ranks reset. There wouldn’t have been a top 32 for him to beat to get that point boost.

I’ve also played him before, and even though his matches were laggy, and in almost all cases the match ended prematurely.

From the time I did play him, he was okay, but not overtly fantastic. Sadly this isn’t the first time his name has been brought up in regards to cheating.

The 2 times I played him the match lagged out and disconnected. I received the points. Maybe he did too?
there are a ton of strange ranks in the leader boards. Literally people with high ranks and points but no Win loss record.
I never understood how their data can be blank yet they are in the top 10 ect…