Anyone here plays rainbow 6 seige.
What do you think about it. I’ve have mostly been playing that. Killer instinct and sleeping dogs. My Xbox one sees more action than my PS4 these days

Guess no one plays it?

I literally bought it an hour ago xD

Two threads about the game exist already, one as new as February. Please use the search function and post in existing threads rather than creating duplicates.

I am currently focused on For Honor, but Siege is one of my most often played games. I’m looking forward to the next expansion, but I think we’re at least a month out from it considering we just received the mid-way Reinforcement update. 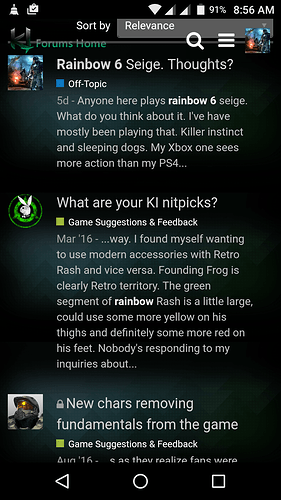 If you type the word ‘six’ instead of the number they should show up.