The title says it all. I was astonished when the rival activated instinct and I wasn’t able to see anything. This tv is better than mine. In my tv I get away to see some litle things occasionaly depending on the stage, but in this one it was all black. How can I break what I’m not even seeying?
Yes, I’ll say this character is cheap in this case. In understand is a grappler and that it has hard times to get in, etc…
But his normals are good, he’s cross ups are insane, his damage is good (excesive with krill in instinct) when he knocks you down he will keep you guessing, his crouching HP is great, etc.

Maybe I’m mistaken and this is a game design idea and that’s the way it’s supposed to be. If it is so, then nevermind. I’ll pick a zoner character instead to keep him away.

Technically you’re suppose to ONLY pop his instinct when you are in a combo, as this prevents the alt player from telling what buttons you are using. To pop his instinct outside of a combo will be detrimental to you as the RAAM player.

The blindness the Kryll Storm creates is suppose to hinder you both, but if you (as RAAM) are in a combo, it’s basically game over for the other character.

Good to know, thanks for the tip

No worries. I use the same advise when talking about Sadira’s Instinct, or Jago’s for the most part. All three Instincts are best utilized when you are engaging an opponent.
Sadira: Guaranteed web mix ups…
Jago: Guaranteed life regain. (providing combos aren’t broken…
Raam: Hidden combos and massive damage.

In each case you don’t want to pop instinct and “hope” they get hit. You want to be sure.

I understand that, the problem is that since I can’t see what they are hiting I’m probably dead. even so, if they have two shadows I’m guessing a shadow ender is going to give me a lot of trouble.
And when they pop instinct out of desperation I just go away, some will make the mistake to hit QCB+K, a movement I’ll just grab or like other ppl do, jump (no shadow, then they can’t cancel with focus attack)

A good Raam is going to pop Instinct as soon as he hit confirms into a combo. Because he blinds you, you CAN use audio queues to figure out what he’s doing. Raam has two linkers so by default he’s easy to break. The blinding power of his instinct is to create disorientation.

If Raam pops instinct outside of a combo, you are at an advantage as the alt player. Neutral jumps become your best friend as he can’t see you.

Remember, even though you can’t see them… They can’t see you.

I do know, but in this tv I see nothing when he pops instinct. Is that the idea? that you aren’t able to see in most tvs? No worries, I’ll use a better zoner. Problem solved. Still this tv will be pitch black XD

I think they see me better. At least that’s what happened when I used Raam. And I think you hit the nail with the “audio”. I rely a lot of the audio cue and I was playing without a headset. Mmmh, makes sense.

What type of TV are you using? You might need to adjust your TV settings then.

Depending on the quality of your picture, it could impact the gameplay, especially if the TV has an issue with darks and such.

Yes you are supposed to not be able to see anything he is dong. I guess it can be worse or better depending on the brightness of the TV it self…but overall , that’s the gimmick… no vision so you have guess break. 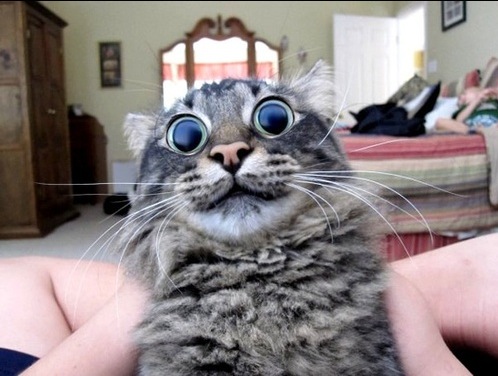 "my eyes after the match"

Cool, I have to train that Glacius/Fulgore better then XD

@SoSRaGnArOk Wish I knew, I took some matches before getting used to zero lag (didn’t know mine wasn’t zero lag. Quite a discovery. It’s a sony smart 3D 40 “something. Mine is simplier 32” and it may be brigther too because my eyes were hurting a lot. Most games look ok though and so does KI, when I tried to put less bright to the game the contrast was too high. I can’t find the right spot for it. And this is me but I liked the S2 style in visuals better in the sense the backgrounds are confusing me a little more than before. But I don’t want to exagerate, I’m just a person that looks into details, maybe too much.

A good Raam is going to pop Instinct as soon as he hit confirms into a combo. Because he blinds you, you CAN use audio queues to figure out what he’s doing. Raam has two linkers so by default he’s easy to break. The blinding power of his instinct is to create disorientation.

If Raam pops instinct outside of a combo, you are at an advantage as the alt player. Neutral jumps become your best friend as he can’t see you.

Remember, even though you can’t see them… They can’t see you.

@MaruMDQ This post pretty much nails it - outside of a combo/lockout, it’s just as bad for the RAAM player as it is for the defender.

One point of clarity, though - RAAM doesn’t have two linkers, he only has one. Also, he’s only got three auto-doubles. So it’s even easier to break him than Ragnarok described!

The blindness the Kryll Storm creates is suppose to hinder you both,

This would normally be the case, but General Raam has multiple accessories that glow and are visible through his instinct. And if you pick his bright gold color 9 as well, you can see him just fine during instinct. Not as well as without instinct obviously, but you can generally tell what moves he is doing if you are familiar with them. But it does make him easier to break too.

This is very true. RAAM’s cloaking only really works if you stick to his default color, or a couple others. Most of his color options nullify the cloaking aspect, which is why I generally advise RAAM players to try and confirm a lockout before popping INSX (of course, this isn’t always practical, but it’s important to learn some good lockout-bait tech w/ RAAM for this purpose, and he’s got a really neat tool to accomplish this w/ his FADC) - so they don’t get in the habit of relying on the cloaking and instead just focus on capitalizing on the extra PD.

LOL… it is crazy I know…especially if you get locked out and they hit you with a 90% death combo for the win!

Get in that chaos and kill that mf

Lol silly Maru, that’s the point of his instinct, you are forced to guess break.

Seriously though, Spinal’s stage with RAAMs instinct is the worst. But, with all his shortcomings I figure he needs some advantage.

I would like to play some sets with you soon! There has been a while since the last time, and I love to use Raam, so I could help you with this MU if you want!

You actually should be able to see him a bit - pretty sure complete invisibility isn’t the goal. He’s heavily obscured in instinct, but should still be visible.