Put Scorpion in the game 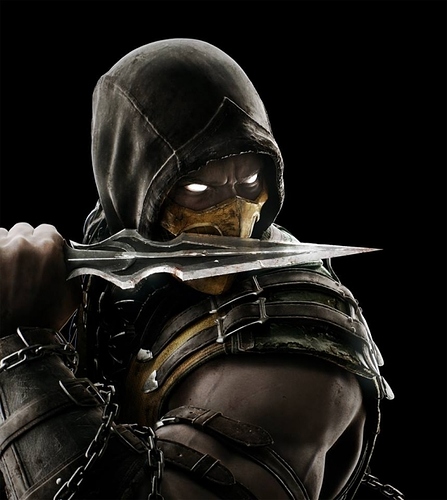 Nah. How about Bo Rai Cho?

No MK characters please, for the love of all that is KI. The last thing we need to do is directly help the competition within the same genre. If a guest is from another genre, like with Arbiter from Halo or Rash from Battletoads, then it makes it all the more interesting anyways.

I’m agree with this.

Why? Because I don’t like many guests in one games like MKXL… I’m fine with only TWO guests…

That, and because… Scorpion. I don’t like him.
At least pick an interesting character from Mortal Kombat. XD

For the love of God and all that is holy, please no.

Yup. But New character’s teaser in Gargos’s trailer will be disappointed… You know what I mean.

As an MK fan, bringing Scorpion in the game or any MK character in KI would pretty much ruin Season 3. That’s just me however.

No.
Well, maybe this one:
http://ecx.images-amazon.com/images/I/71MWfrKQmCL.SL1500.jpg

I don’t see why such a move would make a whole lot of sense from NRS’ perspective, as they’d be having their flagship character, the guy on their logo, appearing in the competition when they don’t exactly need to for any reason. It’s not like they need KI to promote MKXL.

Logistics aside though, as an MK fan, I kinda feel like Scorpion is a bit over exposed. There wouldn’t be any huge novelty for me in seeing Scorpion in KI unless MS felt like going even further and snagging Ryu from Street Fighter so they could tout it as the only place to see MK vs SF, but that’s obviously a pipe dream to say the least.

Hell no, MK and KI should never meet

Why? Hes in almost every other fighting game
He ruins injustice
Its overkill

Id rather see barney the dinosaur