First look at The Predator. 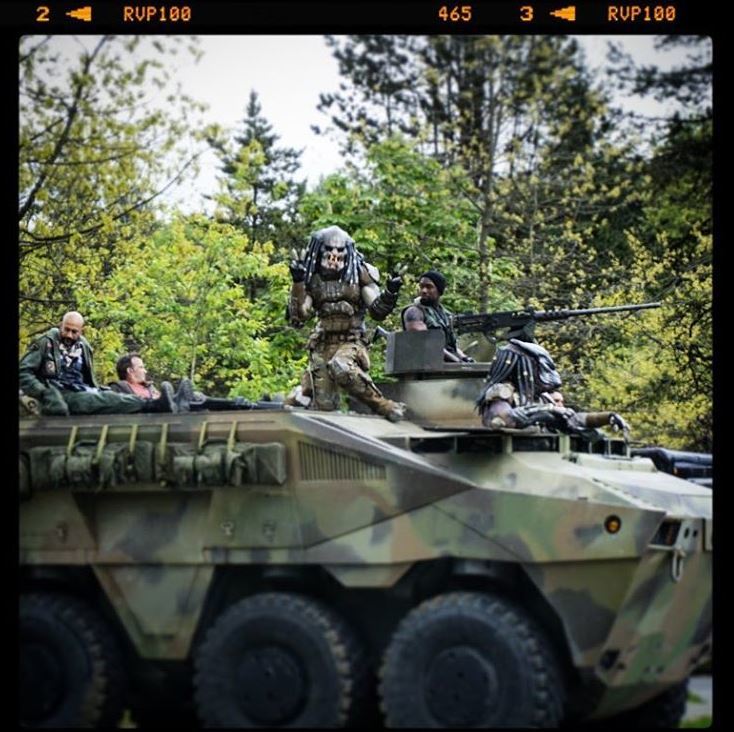 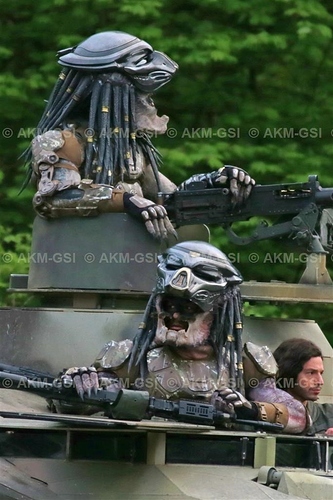 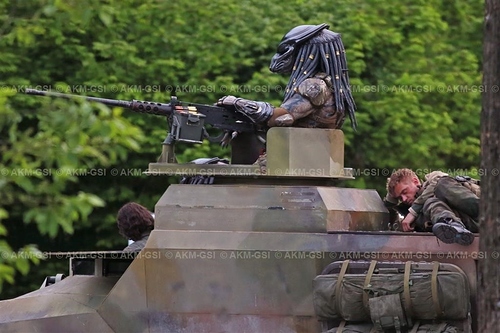 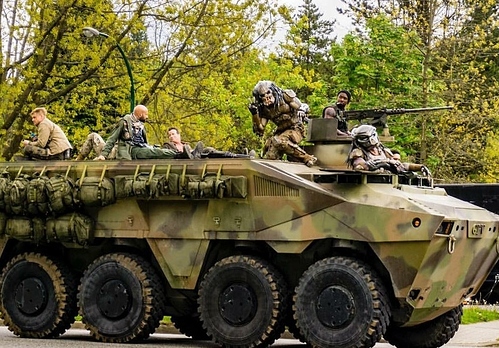 really lookin forward to this, dont take those pics with any kind of seriousness @KevBones10, people having fun making a movie tend to ■■■■ around alot and release pics

Hey, I didn’t hate this movie yet. But why Predators help soldier humans? They always hunt human for challenges.

To be honestly, I am kinda worrying about new Predator movie because I don’t want that movie suck like Terminator Genisys, Nightmare on elm street reboot and other horror movies.

predators have helped humans before in the comics, thats nothing new. there have been several incidents where humans and predators have teamed up across the centuries. one of those being the elder predator from L.A. 1997, who actually fought alongside a human in the 1700s

these pics i wouldnt take it as story reveal. they could be giving the actors in the suits a ride to the set to continue filming and they just dont want them walking over there in them because they’ll get tired (they dont breathe in those things…) and possibly damage them.

The first Trailer for the movie came out yesterday… it’s kinda meh but I’m still optimistic.
What I don’t like it how the movie name is changed in Germany, it’s so bad I made a meme of it! 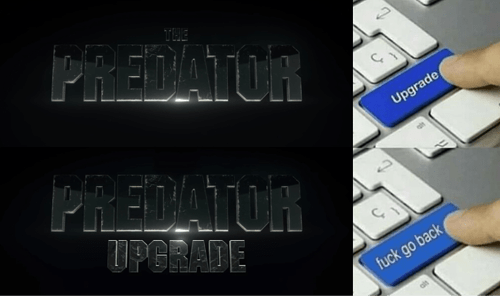 The new trailer was pretty bland but I’m still seeing in septermber. One of my favorite movie monsters next to Jason and Pinhead

its still got me skeptical as ■■■■. its only a teaser so aint much to go off on. i await its release, but my hopes are not up at all