We all know that the cast of KI was original inspired by popular culture icons that have been tweaked or amalgamated, then made into over the top fighting game characters (ULTRA!!!).

So, what’s left out there for MS/IG to pull from in S3?

Vampire comes up a lot. What about a “Swamp Thing” type plant monster? We don’t have an ape/apeman in the game, which might fight with the monster theme.

As I say, I like the Brute for an ape cause of the gravity hammer too boot. Can deflect projectiles, smash into the ground, throw a vortex-projectile… He’s got a Beserker-mode that can relate somehow (Instinct) and his reactive armour can lead to a form of unique tank property.

I like the Vamp. A non-projectile Grapple/Hit 'n Run seems like its style. Throws that drain resources, a possible Instinct to both completely turn from a ground-based “tango” character to a literal aerial beast that combines ARIA and Omen BUT BETTER!

The swamp 'thang doesn’t ring my bell and anything I imagine for it, Kan-Ra already takes except the swamp 'thang would be slower and grounded, not as acrobatic as Ra can be.

I’d like a “wind” based character. Aerial-Juggler to toss beside Sadira. Maybe not so much a double-jumps but as a more controllable aerial hover that allows for other attacks instead of using an attack to stall over incoming projectiles… And then can jump from there. The aerial prowess of Omen, ARIA and Sadira at all times in Neutral.
… Ranged lifting/juggling like a psychic character.

I’m not a big Halo fan, and I’m sure a Brute could work fine as a guest.

My thoughts on an ape-man would be a true grappler. Give him a command grab and move that grabs people out of the air as a combo opener. But I also think it would be cool if his combos were grapple based instead of strike based. So Autodoubles that involve holds and chokes rather than punches and kicks. I’m sure this would be challenging to build but very cool to see. I make no claims on being a game designer.

I think a true “flying” character could be interesting.

Would definitely like some slippery command throws and grabs because there is still the simian in the fighter (ie, grabbing out of the air with a foot to ground slam

I’ve been, and will continue to be, a supporter of the Wendigo suggestion.

Vampire is fine so long a sit’s no the typical “human” looking vampire.

I’ve been, and will continue to be, a supporter of the Wendigo suggestion.

In pop culture, I’d say that zombies, vampires, super heroes, grim anti-heroes, basically anything that can go in to a comic book from the last fifteen years is being plastered all over movie screens from here to eternity.

I’d also say that there are other general trends as far as specific styles and tropes are concerned. Young Adult is now a booming business, where a lot of stories tend to take place in a dystopian future or dour alternate reality version of the present. A world with Ultratech in it doesn’t seem entirely dissimilar.

They usually tend to revolve around a young “so normal that could be me” type of character that finds out they’re special, which fits right in with out current self-narrating, selfie/vine/periscope society where everyone’s a unique snowflake with an interesting story to tell.

I don’t mean to mock that either. We’re a very self-obsessed culture now because for one thing, many can afford to be, so many people are in the self-actualization part of the hierarchy of needs. Plus the marketing (especially in the US) is geared toward satisfying yourself, treating yourself, getting something that you specifically should want or deserve, etc.

So how does all of that translate to KI?

Well, I could certainly see a sort of normal, everyman type of character that comes from a fairly ordinary background. A file clerk. A process server. Or if we’re going younger, a college student with a night job as a barista or telemarketer or whatever. I know, your eyes are already rolling back in to your head at the thought of a hipster Viking styled barista in KI. But I’m certain that there are ways of making an everyman type of character look and dress cool and fit properly in the realm of KI.

As for their story, well… Perhaps they get sucked in to a web of intrigue by Ultratech because they want him/her for a specific reason and this character eventually realizes that they have latent powers and their story revolves around finding out why, choosing who to trust, overcoming their fear, their wall-flower / loner nature to join the fight etc.

So yes, as strange as it sounds, I think that “average guy/gal” could actually be a pop culture trope that could be used in KI if done properly.

I think the everyman is already with Combo. Sure he’s got but he’s about as normal as this game needs to et. Any more “normal” and he may just be the dullest character in the game in my opinion. though It may not hurt to give it a chance.

Kpop for Kim Wuu. Kpop is really popular now as well as Korean Dance groups. I want Kim Wuu to have a Kpop alt outfit.

So in other words you want Neo from The Matrix. Which is EXACTLY what this game is missing and I’m surprised a telekinetic based character hasn’t showed up yet.

Actually? Yeah! That’s a perfect example of what I’m talking about. I thought for sure people would think that I meant that I wanted Harry Potter or Katniss or whatever lol.

I think the everyman is already with Combo. Sure he’s got but he’s about as normal as this game needs to et

He’s still a “fighter” by trade though. I’m talking more about the unexpected hero that could be you of me. I agree though that he’s normal in comparison to most other characters, I guess I’m just thinking of a different kind of normal.

Yeah, with Planet of the Apes becoming a thing again a Brute would be cool. Or maybe an original KI Ape character. Make him like Grodd from the Flash. He can have super strength and telekinetic abilities . 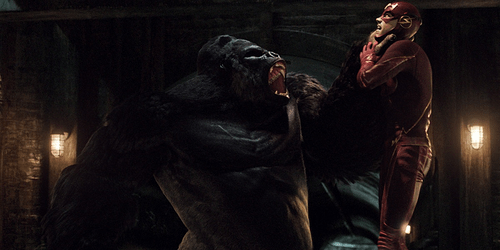 What about Caesar from Planet of the Apes?

Plus a wrestling character would be nice too add too since the WWE.

TJ Combo - based on Mike Tyson. 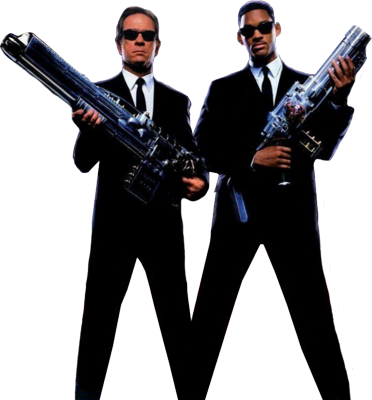 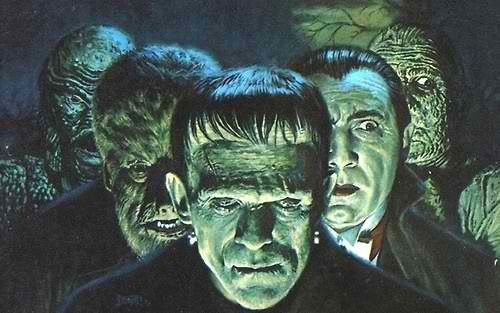 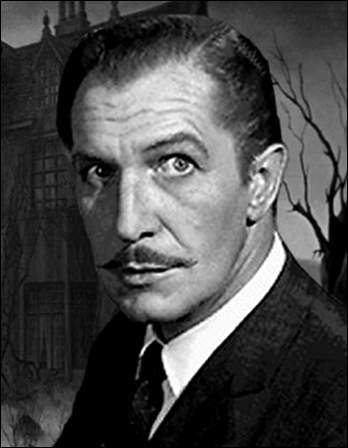 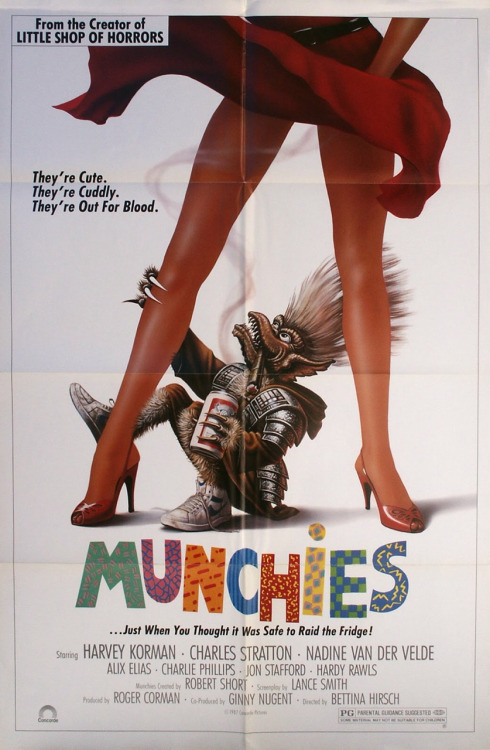 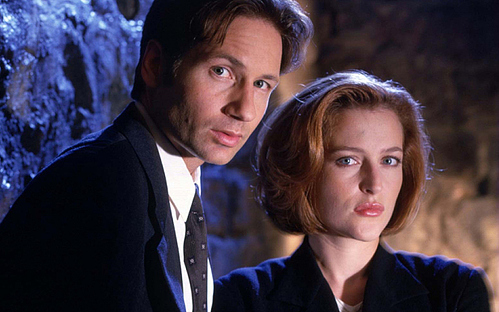 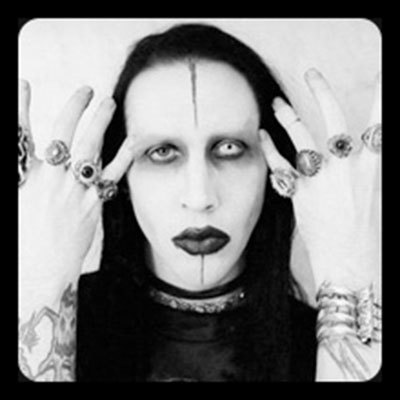 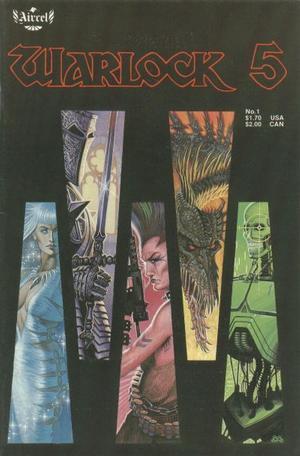 Kpop for Kim Wuu. Kpop is really popular now as well as Korean Dance groups. I want Kim Wuu to have a Kpop alt outfit.

I was hoping you’d say that!

Shapeshifter (or “the thing”)

Any Lovecraft or Guillermo del toro demons for that matter

Some white dude from nebraska 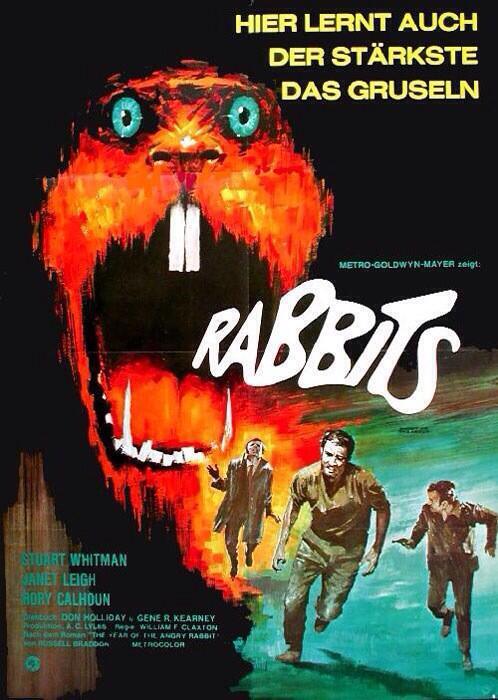 I don’t know how they are going to get a giant rabbit (or a normal rabbit filmed using altered perspective camera tricks to look giant) into KI… But I’d love to see them try!

I saw that film when I was a kid. Giant man eating rabbits! Scared the crap out of me . 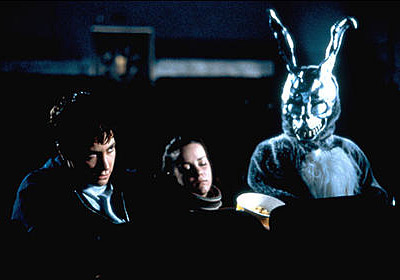 Thinking of this question I actually become disappointed that Thunder stole the biker/rocker gimmick that would have fit a full fledged character perfectly. I think KI would have been a great game to feature a gang-member, biker, rocker, all in one guy. No wonder I like Thunder’s alt.

Since UltraTech is a company which experiments on biological weapons, it would make sense that other biologically enhanced or mutated fighters appeared in the tournament. I can imagine an experiment that had gone horribly wrong (or right!) which features a mutated character. A shark-bear or some outrageous hybrid, uglier and stronger than Sabrewulf or Riptor.