Poll: After S3, who is your main character?

Well, with enough time after Eyedol’s release, THE question is here:

Who is your main?

Since polls can only have 20 options, 6 characters are going to be out. But instead of making two polls with 20 and 6 options, I’m going to make 2 polls with 19 and 9 options. Each poll will have this option: “My character is in the other poll”

Without this, the 6 characters poll would have higher percentages in its options, so if you choose this, numbers could be a bit more realistic. So, you have to vote in both lists, but if you vote one character in one of them, YOU MUST choose “My character is in the other poll” in the other one.

Please, don’t choose diferent characters in each list. Thank you!

Aganos is my choice
Gargos and Eyedol are close, but at the end, the golem has a special place in my heart.
There is no way to tell you, @developers, how happy I am when I play with any of these characters. They are Masterpieces of fighting games design

It will always be Orchid. But I really enjoy Tusk and Mira too. ^^

You can only choose one!
In one poll you have to choose a character, and mark “My character is in the other poll” in the opposite

Also, there are people who didn’t answered the second one!

Oh, sorry. Can’t undo it though. I just saw two polls, so chose one from each. XD
But yeah, it would be Orchid. Tusk is my secondary.

Edit: Oh wait, found out that I could switch my option! Done and done.

Kim Wu, as if people didn’t already know lol… Do also have a Mira game though, tbh Mira is a very underrated character.

Mira is a very underrated character.

Also, top 3 as one of the most difficult characters to master

Went with Kan Ra, but Mira and Sabrewulf are both up there. I’ve also been using Sadira a lot lately. I’m really liking what they’ve done with her in season 3!

Yeah, I would go with that, I am sure that will divide some people though lol…

So few people understand how to use her in Ranked that’s for sure. But it’s things like this that make KI the beautiful game that it is

Now I play Gargos and he’s just to much fun and brings out so much delicious salt.

Can’t change my main, I love playing with him =) it’s like it was made for me from the start in 1994. Used him when he was a charge character and using it now he’s a rushdown.

If you think about it it may fit my style, because I used to main Talon in Primal Rage and Chris in KoF (the characters I enjoyed using the most). I also use a bit of zoning and balance characters. I don’t like huge guys or grapplers, but as expected is always a challenge to fight good players that main them.

I use every giant in KI except Arbiter ^^

Mira now, Mira forever. She’s so much fun and one of the best characters in the game. Hoping to start going to tournaments with her once I finish my undergrad next year.

I really enjoy picking the oddball or the group because guess I’m strange or something but aside from that, Eyedol is really really fun. Just feel like he’s missing something. 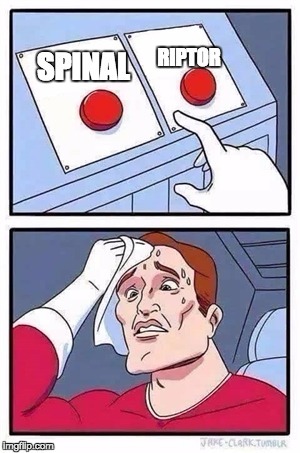 Same thing for me, bro. Been playing good 'ol Sabey since the original KI arcade. Then the SNES version of the game, KI2 arcade, KI Gold on N64, KI2 on an emulator, & now KI on PC.
Again, he’s definitely my kind of character. The online KI guide (http://ki.infil.net/) even lists other character his play style is similar to: Cammy, Guy. Guess what? I played Guy in the SF Alpha series, and Cammy is my main in just about any SF game. Guess some things are just meant to be.

The one with the blue eyes.

Bane was so much fun to play in Injustice, I hope he makes it BACK.