I bought S3 as soon as it came out, and for the most part it’s worked fine. But starting yesterday when I try to start the game it shows the title screen (black background with the Killer Instinct logo) for a few seconds then goes back to my desktop and doesn’t start. I tried un-installing and re-installing but it didn’t fix anything. Any advice on how to fix this issue?

Go to Windows Store, click on your avatar next to the search bar, go to Downloads & Updates. Confirm that is done first.

yes everything is downloaded

What are your specs? 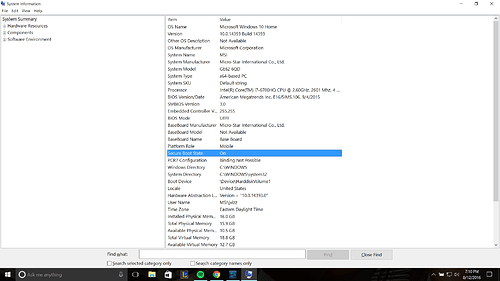 Thanks that gives me a lot - what is your gpu/video card?

Nvidia 940m or 950m I don’t remember. Every thing was working fine prior to the Windows 10 update.

What did they say at the MS Store support?

Im having the same problem myself. No one don’t. Seem to know how to fix it just yet. Hopefully sometime soon somone comes uo with a solution.

If you have a specialized laptop video card, which if its any kind of ‘m’ type, then it is. It may be a similar problem that my cousin had. Make sure that in the Xbox app that you dont have DVR streaming on. There is some kind of shortcut that turns it on accidentally and basically makes the game run like its on a toaster… not well if at all… this could be whats causing your problem.