I don’t know much about the game. Anyone here play it?

I wanna pick it up because of this guy right here: Narbash. But just want to make sure it’s worth my time.

Holy ■■■■ what a cool character! I just saw this game game for the first time yesterday, and the variety of characters alone caught my attention. It looks like a 3rd person League of Legends with graphics similar to Rift. An interesting combo for sure. Curious to see what others think as well.

This what I said when I saw him as well lol

I need narbash in my life.

Looks like PS4 smite to me. If you like that sort of thing I don’t see why you wouldn’t try it. It’s F2P. The character is interesting.

Welp. I caved in to the hype. 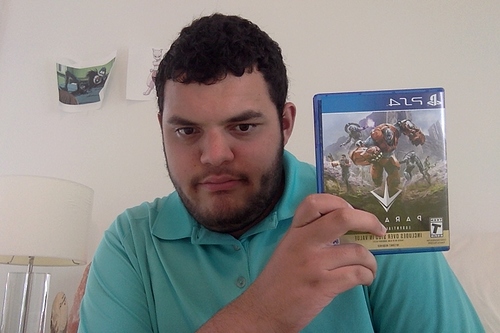 I haven’t hardly heard of the game, but there is one thing about it that bugs me…the name. There’s an old pinball table called Paragon that I have been hoping would get released for The Pinball Arcade, because it’s one of those that I used to play a ton when I was a kid. And it’s likely now that it probably will slip into obscurity, moreso than it already has due to copyright/trademark reasons.

And it’s likely now that it probably will slip into obscurity, moreso than it already has due to copyright/trademark reasons.

Paragon isn’t just a name. It’s an actual word. Last time I checked you can’t copyright a word (I could be wrong)

You can, but it requires special circumstances and there are limits. For example they could block anyone from calling their video game “paragon” or using it in such a way as to deliberately mislead with respect to the brand. But in this case I doubt it’s a real danger.

Isn’t Paragon a Moba? I heard it’s like Smite, but cooler.

I honestly thought this was a Destiny expansion lol

so, what did ya think?

My PS4 is out of commission right now.

But From what I played:

ONLY and I mean ONLY play when you have time to spare. There was never a match when I was playing for less then 30 minutes. These games are LONG I tell ya.

Other than that fun game. Made my top 25 of favorites.

I just wanna say that this game has so many great hero desgins.

That’s it. That’s all I had to say. Still having a lot of fun with this game!

If only I could say the same for randoms…you’re basically doomed.

Playing with randoms…it’s a coin toss.

I hadn’t realized this was available on PC. I downloaded it last week and got a chance to play through the tutorial and some bot matches with the CPU.

Graphically the game is gorgeous. It just looks fantastic. It’s a more traditional MOBA than even SMITE though so I’m afraid that type of gameplay just isn’t very compelling for me. (Why am I shooting this crystal again?). The character designs are cool, for sure. But it’s kind of easy to design cool characters when they don’t have to have any real story or coherence in the context of the game. You want a vampire? Go for it. Space marine? Sure why not? Orc percussionist? You bet.

Still, if you have an interest in fps mobas, then this one seems pretty cool.