Now that SFV is out

I predict season 3 news is going to come faster than Shagos slidekick.
BONUS PREDICTION: Arbiter trailer this week with new character tease and release date next week.
what do you guys predict we’ll get in the next 7 days?

I actually think it’d be a bad move to release anything this week. It would just get overshadowed by the tidal wave of SFV coverage.

I think KI Season 3 should come out maybe second or third week of March. By then SF is gone from news coverage and MK Kombat Pass 2 is out.

I think the fact that SFV is having server problems, it might be a good idea to release some light on the fgc with some Season 3 news. The server issues will get fixed, but a lot of people are having issues at the moment.

Messed up online and major lack off single player stuff is already tarnishing it big time. I have it pre-ordered and I’m thinking about cancelling for the moment. The internet is already raging over how bare bones and broken it is… for full price.

Wow didn’t realize they were having server problems… wait how??? They’ve been doing betas all year for this thing!

They never had an open beta though. An open beta would have minimized the issues, but they’ve only done buy-in betas.

Even with fewer characters at launch, KI Season 1 got a higher score (8.5) than SFV (8) from IGN. For what that’s worth…

I predict season 3 news is going to come faster than Shagos slidekick.

LOL. That thing is unfair, also why does Shago have a faster slide than Orchid who was the first to have a slide.

That being said. The 25th is my bet for a new trailer or a surprise “Available NOW!”

I’d stick to the preorder. It’s not like KI was any different in terms of content even right now the single player content isn’t exactly much different from what SFV has. Not only that but it’s just the day one server issues. Am sure it will fix itself after the first week when everyone isn’t trying to get on at the same time.

The servers should be fixed in a few days time. People are too quick to jump on the “it sucks” bandwagon when they don’t realize it could eventually get better. Even if it takes a really long time looks at MCC

I DONT KNOW, BUT SUNDAYS MY BIRTHDAY SO I BETTER GET A GOOD PRESENT

I am eagerly awaiting my code to download the arbiter before Season 3’s release!

The internet is already raging over how bare bones and broken it is… for full price.

I said this in the other SFV thread, but this release seemed more for the competitive side of things. The internet isn’t really wrong with these criticisms, especially when considering that the game was brought down in difficulty, per Ono.

I hate to rain on your parade but ummmmm…

I agree, I’d wait for the end of February.

season 3 release date? i am waiting patiently but…

I remember someone say about SFV and MKX. Someone said “MKX’s netcode is so laggy! I won’t play MKX anymore! I bet SFV’s netcode will better than MKX! MKX is suck and gay!” Now, SFV become MKX’s netcode! 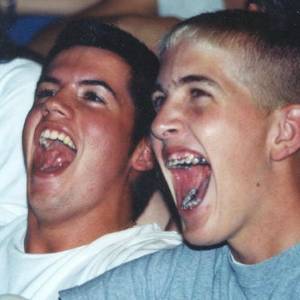 its indeed with “fightcode”.
a mixture of good elements together does not guarantee a successful game. They have to prove it. with good fights.