I noticed that on stream everyone’s shadow moves had a darkening effect on the screen edges. I have not seen this mentioned. I think it looks cool.

It was also shown in a video of Tusks ultra a while ago. I was curious if it was a bug or just had not made the release window.

Not sure how i feel about this.

It doesn’t look bad, but im not sure if it looks good.

Ill see when the update comes out, i guess.

The screen darkens slightly like that in the game today. I actually like the fact that they have gone back to a sort of S1 “darkened” style, as one of my favorite images of KI was this… …and I was sort of heart broken when they changed the lighting in S2 (lets be serious…they just dismantled the lighting all together). But now in S3 they have somewhat gone back to the S1 “darkening” effect. 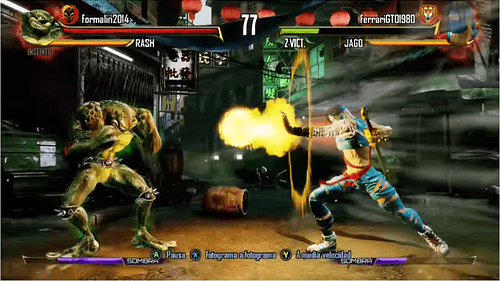 While it is not exactly the same, they have brought back the fact that fireballs are their own light source, and they do suck the light from other areas of the screen. So I welcome the darkened edges and all that.

Forget the darkening of the screen; I’ve never noticed the huge, grey smoke-like effect around the edges of the shadow move itself.

They had this effect in the Season 3 Launch trailer as well. It’s a little hard to tell, but it’s there.

I don’t see it. So this is already in Season 3, but maybe just not being noticed?

That is my favorite part of the new effect. It is like a shadow aura. Jago when he goes into instinct has the same thing but it is gold.

Are we still talking about shadow moves or have we oved onto instinct now? 'Cause as far as I’ve seen, nothing’s changed with the latter, but the outer edge of the former just used to be purple, dissipating swirls.

the outer edge of the former just used to be purple, dissipating swirls.

Now in S3 when any characters use shadow moves they get the purple aura around them the wafts around them like smoke and swirls off them in the same manner.

Jago when he goes into instinct has the same effect around him, but it isn’t purple, it is gold. I’m not sure if this is new to Jago in S3 specifically, but I never noticed it until now.

The version I’m referring to was what was shown some time after the S3 reveal (when Tusk premiered, I believe). Has it changed since then?

Are you talking about the “version” of the shadow effect?

What I am saying is… 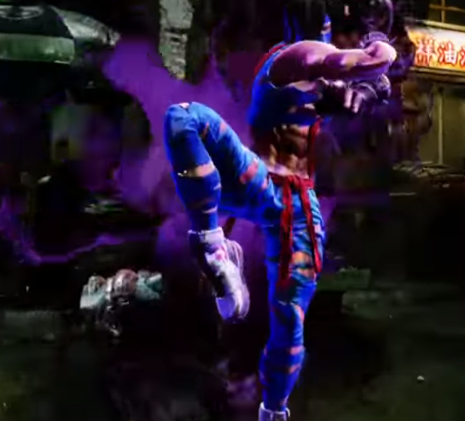 …the CURRENT shadow effect in the game is like a purple smoke, and that it is similar to Jago’s glowing instinct effect… 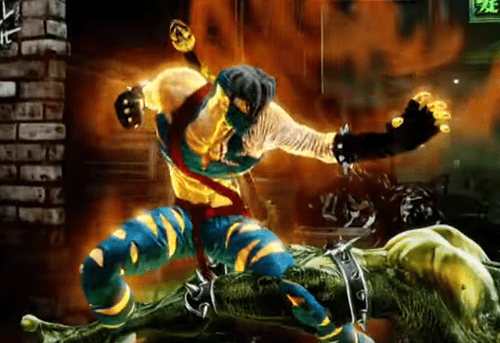 Jago’s instinct effect isn’t as large or exaggerated the shadow one, and it is also kind of hard to see the flame-like aura on Jago’s instinct aura and how similar it is to the Shadow effect. In game it is pretty easy to tell though.

Funny; I just went in-game to see this big, grey, smoky shadow outline shown above in the 2nd post for myself - and it’s nowhere to be seen. Instead, I see my aforementioned purple spirals with a really thin, inky-black outline. I’m guessing the video above was distorted in som e way when it was taken (or it was pre-relase footage)…

As for Jago’s instinct, I don’t think it changed at all - it still looks the same to me. Still, feel free to share before and after shots to prove me wrong.

It could still be a bit darker.