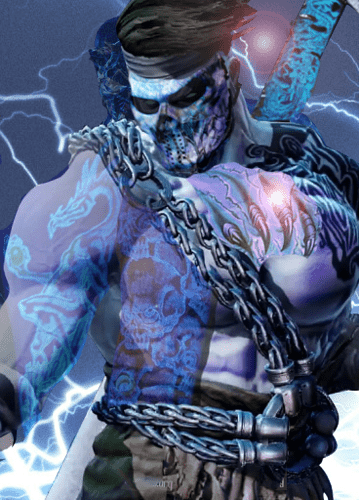 Wow dude dont you know thats what most graphic artists do unless they start from scratch and spend 2 weeks on a piece of work,just throwing ideas out on the face ,but dang dude your a debbie downer ,you kinda made me feel like a piece of crap,i used to make sigs from the original forums and made alot of people happy with my artwork,this isnt a piece i worked but 5 min on yes i used a render ,if you wanna see some 5 yr old real work i freelanced for sports fans just like i did in the og KI forums here you go

that was fast, lets try to keep things civil here…

Well mister know it all apparently doesnt know it all,these pieces of work were my own rendering which means you cut out your own rendering not easy but time consuming,notice opacity,layering,lens flares etc ,im sure alot of people remember my KI sigs i did for free,heres a link or better yet my name used to be bluequicksilver now zax-dec but ,he really didnt know what he was talking about

so galactic geek b4 you insult some1 again make sure you know all the details,i taught myself, i didnt go to school,like your precious brother(mr.pro grapic design) art is in the eye of the beholder,no rules. but the shago was a manip these others speak for myself.

i wasnt trying to say that shago piece was great,just kinda excited that i heard shago and omen might be getting asthetic,new accesories ,i made a eagle piece,not the best when throwing ideas out b4 eyedol 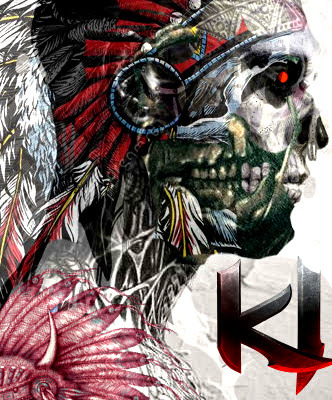 just saying i know my stuff

That you do! You’re amazing!

Is that a skull painted on his face?

Just know that when it comes to your work, you WILL get criticism - not everyone’s going to be kind to you. In fact, many will be rather upfront about your work (like me) or even rather demanding (like some customers you may do submissions for) at times.

It would actually be a disservice to your skill as an artist to always give you positive praise - I don’t want you getting comfortable with where you are now; I want you to get better.

…and that is no bad thing.

You don’t have to defend yourself or your art from me - just keep practicing your art.

i know but its the way you said the shago was manipulated,and it was and you basically ripped me for it not knowing the truth ,i wasnt trying to impress just kinda maybe giving ideas for good accesories ,it took 2 min, all graphic design starts with pictures,those sports sigs along with the sigs from the old ki forums were requested by the asker.

But there is a difference when presenting your art and simply presenting a concept or idea. The latter isn’t meant to be a representation of one’s art skill so criticizing it on those grounds is kind of out of left field. If I had an idea for Shago accessories I could waste hours doing a photorealistic sketch, or I could just make a passable drawing in a few minutes to get the idea across, but that wouldn’t be a representation of my drawing skill nor would I assume anyone to think it is.

Keep things related to the subject and civil.

I honestly don’t know what has possessed you to become so critical of late.

Everyone is entitled to their opinion, and as a visual artist myself I completely understand that not everyone will like the things I create. As a writer, while I generally get more positive reviews of my work than negative, negative ones do happen. The reality is bueaty is in the eye of the beholder. We creatives aren’t here to please everyone (although we try), but make art and stories that make us feel good.

Most artists are fine with critical analysis. Feedback is always great. There was absolutely nothing constructive about your post. In fact you try to validate your opinion as if it superior because your brother makes money making art. At the end of the day, all you have done is invalidate everything you’ve said and worse comes to worse unintentionally hurt somebody’s feelings and once again put yourself on the path of another ban.

Now here is my opinion…

Taking into consideration that this project was done in around two minutes, its pretty decent. However, for me, while the colorations are nice, it feels a bit messy. There is SO much stuff going on, on his body, that the overall impact is lost. I love to tiger claws coming out of his chest and I think the alterations on his mask is interesting, but as with Shago’s lower half, it is a bit confusing. Seeing your other projects though, shows that you have crazy amazing skills and an eye for placement.

To prevent further Geekeration though, I would ask that you properly label something as a “concept” piece, just to let us know that this ISN’T the finished project, if indeed that is what you are presenting. I put this disclaimer out anytime I send out a manuscript to my readers.

absolutely nothing constructive about your post. In fact you try to validate your opinion as if it superior because your brother makes money making art. At the end of the day, all you have done is invalidate everything you’ve said and worse comes to worse unintentionally hurt somebody’s feelings and once again put yourself on the path of another ban.

But there is a difference when presenting your art and simply presenting a concept or idea. The latter isn’t meant to be a representation of one’s art skill so criticizing it on those grounds is kind of out of left field.

Both very fair points; I shall take a step back.

@ZAXIMUSDECIMUS I am sorry for what I said. I did wrong by you…

With that said, I still stand by what I said in my 2nd post in this thread.