He currently just bought a new gaming laptop PC and really wants to get into KI. The specs on his computer should be enough to run KI if even at optimal settings. We spent a majority of last night getting his Teredo address obtained as well as getting some weird cloud sync bug that prevented him from even bypassing the main screen. (he does not have an Xbox one, this is his first time running the game ever.) After that we did some benchmarking and originally it was at 900 something and we eventually got it to ideal settings and it was at 1060 by the end. Today he runs it and it chugs and he does another test at the same settings and its at 500. He even goes so far as to put it at bare minimum and barely hits 600. Anyone have this problem and have any idea how to fix it?

Another odd thing is we did the Can I run Systemrequirementslab.com and it shows he cant even run it on minimum, yet all the specs are surpassed… says needs i5 he has an i7… etc etc. Its very strange and if anyone has any help or suggestions, He and I would gladly appreciate it.

The minimum requirements are for non-mobile processor/video card. The mobile variations do not compare to their desktop counterparts and will suffer from performance problems.

You should do a search for something like “Nvidia GTX 960M desktop equivilent” for more information. I’d wager its probably closer to something like a 750.

You can also try downgrading the resolution to try and get better performance but gaming laptops are a scam.

This does help. I never thought of laptops having less power than their desktop versions. However I find it really weird that he was able to play it and in decent settings one day and then the next its suddenly junk and has like 20 fps when he was getting 60 with higher settings the previous day. Plus it says that his i7 isnt even enough when the game only requires an i5. After reading this I did check the video card and from what Ive seen i ve got various results, however I wouldnt expect it to be less than a 480 or even a 670 (well maybe not as good as a 670 but not far from) which are the minimum and recommended vid cards for the game. He also already downgraded to the least specs and it still gave him non passing marks. It makes no sense.

I run KI on note with an i5 5th generation and a Nvidia 920m. It only runs on minimun resolution with everything of but it runs without any kind of problem. You should not have any problem running it on minimum at least. Check if you had a driver update recently and undo it. If you had the windows 10 aniversary update maybe it could had rewrote the optimal driver for a lame generic MS driver.

He literally just got the laptop the day he installed KI on his computer. It wasnt even 24 hours that he had a framerate and benchmark problem. It ran super good at 720 with most of the settings turned on. Now it runs worse than PS2 running the game.

Also, you passed the benchmark for online with a score of 1000 or more? 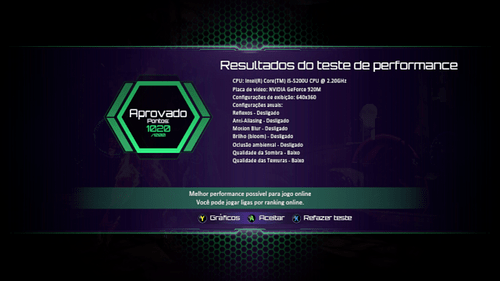 Have you turned on the backgorund recorder on Xbox app? If i turn that on i cannot play, the game starts to slowdown gradually til it freezes.

Are you talking about the Windows button + R shortcut? I doubt he has it turned on but I can always check with him. Usually you can tell if its on though.

Open the Xbox APP for windows 10, go to settings/game dvr and turn off the option “Record game in Background”.

I only turn it on to record a clip from the replays, else the game becomes unplayable in my notebook.

I dont remember that feature being always on, but I will have him make sure and check. Thanks.

So id like to thank you @KodaiYoung apparently that WAS the main problem. I honestly doubted that was it but he just confirmed to me that it is working properly again. You sir, are awesome! My cousin and I thank you very much! Is there a shortcut to accidentally turn it on again so I can tell him what he should avoid doing?

Im still not sure why systemrequirementslab.com said his rig couldnt even play it on minimum tho.

I performed a format in my PC in vain because of that crap, the game started to freeze during my matches and i thought it was a problem with my windows, as soon as i finished the clean installation the game worked fine but by the time i turned it on again, boom, i could not pass the graphics test and the freezes started again. Glad i could be helpful now cause of it

As you turned it off i think there is no button to turn it on by mistake, as soon as you press a w+r or w+g the game will tell you that the recorder is turned off and ask if you want to turn it on to start recording, just say no if it’s not the case. If you wanna record a replay, turn it on and as soon as you finish turn it of again at the Xbox app.