My ideas for Season 4 characters

Hi guys, with the recent movies we are getting and that are already out like IT and Dark Tower based on Kings novels, I was thinking this would be perfect timing for them to work on a gunslinger and evil clown trope. What do you think?

Maybe a gunslinger. But zoners are already difficult to do in this game.

But isn’t KI about having popular trope monsters? A killer clown seems to be a thing like in American Horror Story and the new IT plus they’re scary enough to fit with the monsters in KI.

Maybe if the gunslinger uses lasers or something else instead of bullets or is on limited ammo. Could make play style interesting.

But isn’t KI about having popular trope monsters?

But personally I just don’t like clowns and I’m not looking forward to Clown-fu.

A samurai character would be nice, maybe with a run feature. A gunslinger would be nice, like a projectile rushdown similar to Red hood from Injustice. But we already have a gun focused character (kilgore) so idk about that idea.

We need more monster characters since this is a monster oriented game. Maybe a monster focused on the elements but I feel that would be too cliche

I think that we really need a superhero troupe. A DC type character

We need wendigos, they’re already canon in the KI universe might as well. 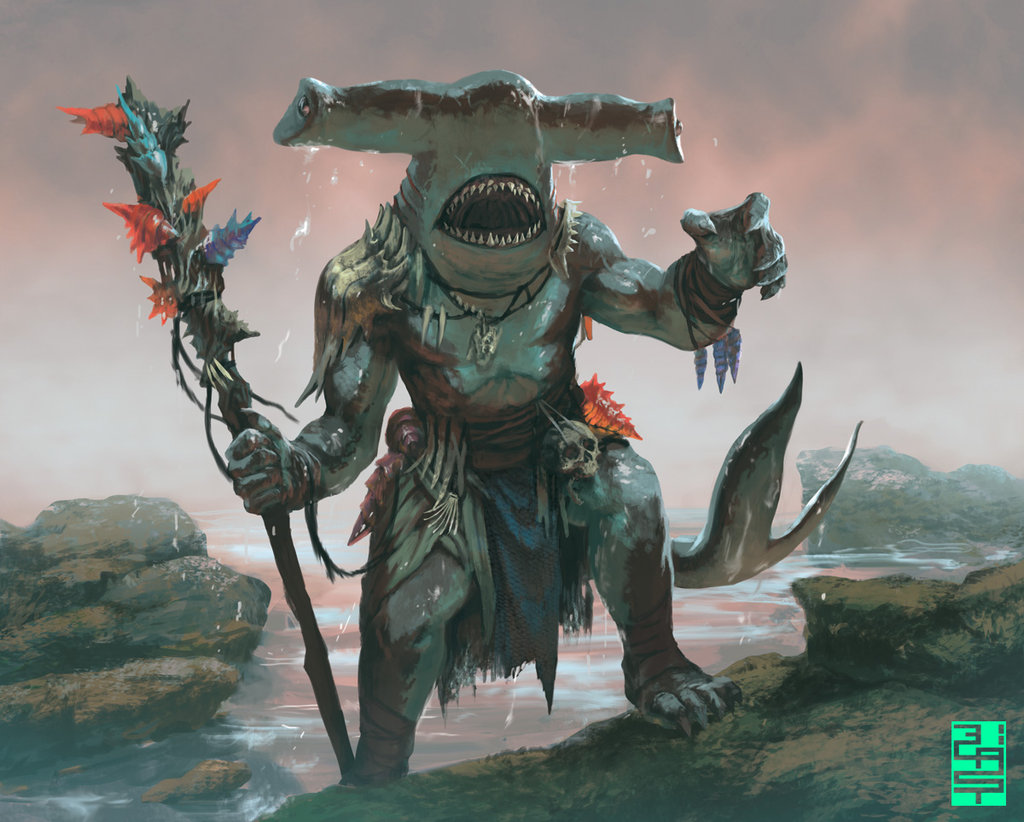 -I’d like a super hero, they’d probably have some special powers or some martial arts.
-Samurai would be cool, make it medieval or futuristic sci fi type. I’d love a resurrected knight.
-Definitely a creature based on mythology like Medusa and a Universal monster like Dracula.
-I’m confused about a wendigo, I like the idea but is it more of a Yeti? Sasquatch? or some spirit thing?
-Yes to shark beast.

What I don’t get is no one likes evil clowns? I thought they were a popular trope and would be good pitted against skeletons, werewolves, vampires, ghosts, golems, mummies and such?

I’m with you, in fact I would main an evil clown. I recall a few months ago a lot of people wishing for one. I think an evil clown would fit into the KI universe ridiculously well

But we already have the evil clown thing covered in Gargos’s retro outfits. He even has Tim Burton wings.

I’m with you, in fact I would main an evil clown. I recall a few months ago a lot of people wishing for one. I think an evil clown would fit into the KI universe ridiculously well

Exactly, maybe it’s because everyone fears clowns??? I think it would be a great addition. The question is how could they make a clown so it fits in right. There’s the psycho killer clown like Sweettooth, alien clown like from that Killer Space Clown movie, then there’s a demon clown like IT. 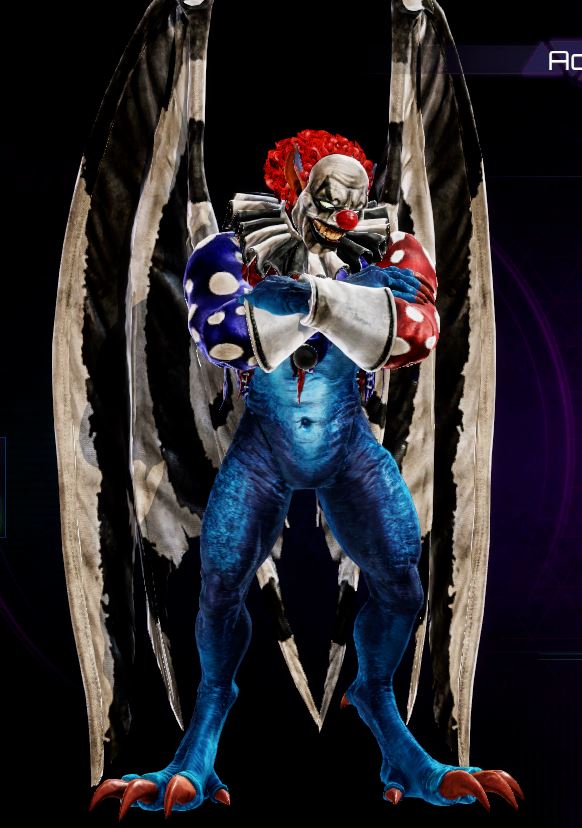 The idea of a clown sounds cool but I can’t see how he would play. What kind of move set would he bring, what kind of playstlye, what are his linker, his special moves, his instinct? I can’t reall see most of the stuff I see about clowns be implemented into KI. Ik it’s just an idea and I like it but I can’t really imagine him fighting against Gargos in the astral plane

Well since I recently got into KI, i’m just starting to learn the mechanics of this game. I’d say a mix between a zoner and rushdown? Perhaps using some sort of trick style like making a set of traps and play around with the opponent confusing them. Instinct could be something insane like the Joker would do, or something crazy like eats you like Pennywise the dancing clown would!

And as for him fighting in the story, he could be a super natural being. Maybe a demon would work, I see that Gargos is a demon with clown accessories but maybe this guy could be one of Gargo’s servants from the astral plane who was rejected and was a disgrace to Gargos for whatever reason and was then sent to roam Earth as a fool for centuries under the disguise as a clown or jester as a mockery causing chaos …I dunno…just thinking of possibilities to make sense.

I like those ideas. The Wendigo is the one that can work in as that one out of em all that is capable of fighting guys like Thunder. It is possible of course.

Now the shark man would be unique too, just gotta make the gameplay very interesting as well, like a mix of water based attacks and biting.

In fact, while we’re at it, throw in a gorgon or a naga.
Might be a great addition to throw in a hindu creature.

What about my demon evil clown? You don’t like it?

Clowns are scary so maybe it can be some kind of boss or maybe a female similar to Harley Quinn?