Since Disney is now looking at licensing its characters instead of making their own games, could this mean that Capcom can go back to making MvC games or even make UMvC3 back compat on Xbox one?
Source

It would be a smart move. The Marvel fighting games are awful, especially the mobile one which blatantly stole moves from Street Fighter…

And Capcom having the license back would mean they could put up the old fighting games on the game stores as well, such as Marvel VS Capcom and X-Men: Children of the Atom. It would also mean more success to Capcom and another whole new Marvel VS Capcom game would most likely bring in some money to Capcom as well.

So if Marvel is indeed looking at licensing, I do hope Capcom grabs the chance to get it…

… Also because I want to see a good Psylocke in a good fighting game!

Capcom would have to acquire the license again right? Would be cool to see MVC on the back compat list am building.

Well, to be fair, only Angel was a Horseman in the comics. The other three in the movie never were in the comics. I’m just glad Psylocke got a prominent role in a movie for once. ^^

Edit: I missread, Psylocke was totally a Horseman at some point in the comics! 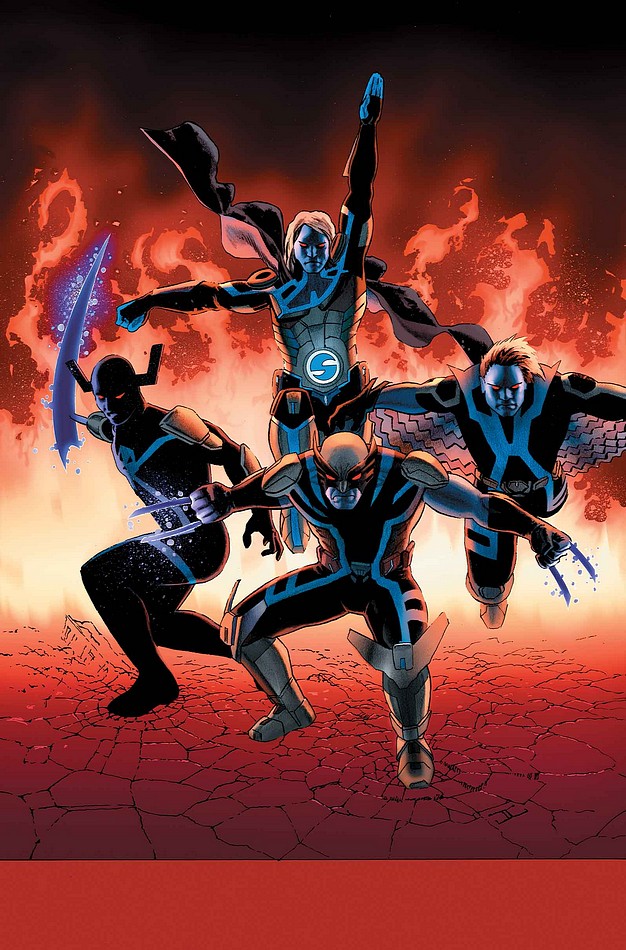 The Horsemen traditionally take the titles of Death, Famine, War, and Pestilence. During their conversions Apocalypse usually augments their powers and/or outfits them with specially designed weapons and equipment using his advanced technology. In...

She was Death, the same as Angel was. They just weren’t at the same time.

Are are the people who worked in the previous games still works for Capcom?
Anyways, I hope they re-release MVC3 for the current gen, while working on the next MvC or a new game,

Hell, even if it’s a UMvC3 Remastered or something, that would be good.

I need Howard the Duck!

Hmm. Anyone think that Capcom will take the chance with the licensing again? I would think they would go for it.

Max made a lot of good points in his video. On top of that Marvel itself has downgraded the marketing and usage of X-Men and Fantastic Four because of their nasty film situation. So even if MvC4 is a thing, we could see it without any X-Men or FF characters.

That’s also assuming Disney finds it worth doing, as they didn’t see Infinity worth much anymore.

There’s a petition up for a MvC4 game, if interested: I don’t know if its just me but i just want a Marvel Fighting (not a Capcom Vs game) something like Marvel Super heroes if anyone remembers that game which would be awesome.

I would definitely like that as well. Though I like the MvC series, I am just not good at the fast-paced action gameplay it brings. It seems SO chaotic to me and I am just not fast enough to react to the attacks, something I also struggle with in Killer Instinct.

But a solid Marvel fighter that is a bit more grounded would indeed be awesome! Though they weren’t all that good, I loved the X-Men: Next Dimension game and Mutant Academy series, and of course Psylocke being playable was a huge part of why I loved them. <3

But if Capcom got their hands on a license, I’d love to see a Marvel/X-Men fighter.

… Of course with Psylocke playable in it.

I only know Howard the Duck from others, don’t actually know him from the comics or other media. What can he do that would benefit him in a fighting arena? How would he fight? Does he have any powers he could use, or gadgets perhaps?

he doesn’t have powers. He knows some martial arts and weapon wise he usually haves a handguns and or Rocket launchers.

Howard’s not really a superhero. Despite his appearance he’s is pretty much average Joe. His comics are mostly satirical. The general premise is Howard is a Duck from an alternate dimension but he’s the normal guy and almost everyone else is strange.