some justice brought for Retro Sabrewulf. Ratbrewulf is going to be corrected

Can’t wait to see what you can do with this

Cool. Don’t leave to the Honduras or some crap. lol

Oh, he is going to be badass when I am through with him.

I didnt realize exactly how bad his model actually is until I ripped it out of the game and looked at it ( I’m not even joking, whoever put his ears on him put them on backwards and in reverse…BACKWARDS AND IN REVERSE!).Just simply fixing that makes his entire head shape look better. I cannot wait to fix him and show you guys how awesome he can be again! Im going to go all out on his fur and stuff as well.

If I can get the animations decrypted and exported correctly, I am also going to take these characters into Unreal Engine 4 and quickly add the controls to them to quickly see what this game could look like if it was using that engine. I would suspect it could look amazing.

You’ve been doing pretty well so far. Keep it up!

Can you show how the 2013 DH ripped orchid has the wonky shoulder neck rig and the weird hair? I wonder if the modeler was just not up to par or if the translation from 3D to the Xbox engine rendered the nice looking 3D model into the pasty default from DH

I’d love to see how the rig looks up close

The reason her neck deforms poorly in the game is because of a missing neck joint between the clavicle bone and the mid neck bone. There should be another one there. That makes her traps warp too far when she turns her head to the side. The lack of the bone there makes the one way up the neck and the one at the start of the shoulder fight for influence over the verts in between there and causes if to look really unnatural.

The red circle shows the huge gap in the rig. Youll also notice that only the front strand of her hair is rigged. 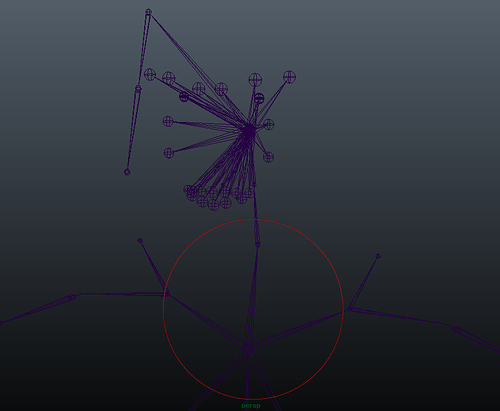 Her hair clips a lot because it is not rigged fully with the head, its just attached geometry, the most basic way to do hair 10 years ago. And looks really clumpy and splotchy because of the use of incorrect shader types. They have the transparency setup wrong, so its getting a lot of artifacts. Someone just needs to correct that (Would take like 10 minutes literally) and it would look 100% better.

I just lurk but @Beterthnyu awesome job so far can’t wait to see what else you have in store. Especially with Wulf.

Man. Hearing about all these flaws they overlooked, really pisses me off for some reason.

yeah if he were actually brought in as a consultant, by someone who cared about quality, these reports would be really damning. Whoever is in charge of the modeling quality at both DH and IG had to have been grandfathered in like nobody’s business. It’s not what you know, it’s who you know, I guess…

Does Arbiter have these problems? I recall them saying they grabbed him straight from 343.

Whoever is in charge of the modeling quality at both DH and IG had to have been grandfathered in like nobody’s business.

I want to believe that season 1 was developed in a rush and there was no time to look back.

While I’ll never know for sure if we’ll get mods on the game I am eerily curious as to how this will go!

So I’mma check this thread every so often.

Thank you for the explanation. This is quite eye-opening. I hope that they bring you on as a consultant or even as a contractor and let you fix this at the end of the season. Please don’t spend too much time on the Unreal engine project - while it would be awesome, it would be a little pointless given where we are now. If you only have limited time, showing people what could be done with just a minimum of effort in the existing system would probably yield the most dividends (although Orchid ass mods and unsponsored Thunder will never be approved by MS).

Just speed sketching Sabrewulf tonight. Roughing in his head shape and such. He should be pretty easy to finish out modeling wise, since it just has to be a base mesh because the fur is going to cover it all up anyway. Just want to make a decent underlying shape to put the fur on. Will get back to finishing KI2 Orchid tomorrow, just felt like sketching a few Wulf ideas out tonight.

Good to see you back. Looking forward to seeing what else can be achieved.

Thank you so much for this…

I KNEW as a figure sketch graduate the body was odd. That clavicle area is insane.

So many who don’t understand wrote it off as a campaign to complain, but knowledge is power. Same with the hair.

‘Derrrrrp, I think she looks good, you just want to complain, I don’t see it’ lol

You are amazing. Can’t wait to see more.

I found these mesh frames online 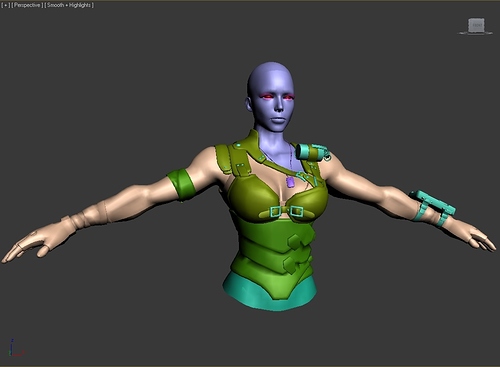 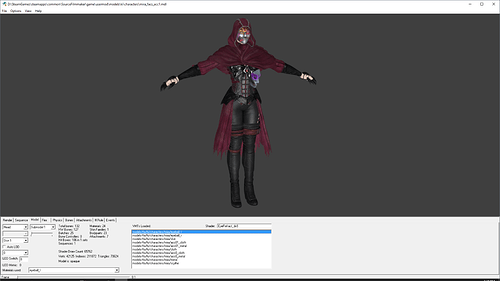 lol, Sabrewulf is going to look so freaking sick…

Has there been any progress of actually getting modded models into the game?

Honestly the only retros that bug me are fulgore for his large eyes and face plate, sabrewulfs creepy looking eyes and missing fur, and jagos clothes being so torn that it’s amazing they fit. Other than that I’m fine with them but it would still be cool to see what mods can do for them.