Does anyone know if we will be able to put Accessories on Mimic Skins? I’m over here waiting to put Mimic Riptor in a Tutu like. 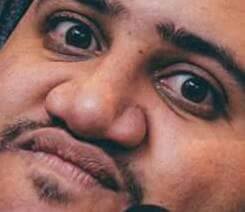 This is one of my biggest gripes about how the mimic “costumes” were handled.

I don’t feel they needed to have an entire costume slot dedicated to them, they could have simply made them a color to choose on the select menu so we could keep our customizations. If there was a reason that they couldn’t do that, like maybe the smoke effects being some kind of attachment or accessory to the skin then why not just make a new accessory category that allows you to equip the fog separate?

The other thing that bugs me is that they are all stuck wearing the default color’s clothing for each costume, yet when you face off in a mirror match the mimic’s clothes change to color 2’s meaning that the ability for mimics to wear different colors is a possibility. I’d like to be able to put Shago’s green clothing on the mimic so it actually looks decent but I can’t.

Heck as it is the “costumes” don’t have any customization whatsoever despite them having one color option you can choose from. If we can’t have color-changing clothes or accessories in mimics can we at least get some alternate colors for them? Like purple, red or blue skin & smoke VFX?

I’ve read about “shaders” a few times on these forums so who knows what we can expect in a future update?

So essentially, mimic skins are just glorified P1 and P2 pallets for both default and retro costumes?

Orchid retro Mimic color seems to be the yellow retro