I just wanted to say Merry Christmas & Happy holidays to everyone!! Due to my screwball work schedule my family went ahead and opened our presents and had our traditional Christmas dinner tonight: canard a l’orange with dressing and cheesecake for desert.

My kids got a bunch of pajama stuff, Five Nights at Freddy’s plushies, some Transformers (oldest son got Powermaster Optimus Prime), & other stuff.

I got a housecoat, pajama pants, some movies, and for my big present, Transformers Combiner Wars Devastator, and damn is that thing awesome!!

Anyway, I hope everyone has a good time this weekend…have fun, stay safe, and fight on!

I don’t celebrate but merry Christmas

Well I hope you have a great weekend nonetheless.

Merry Christmas, Happy Holidays and all the best wishes to everyone on the forums!

Merry Christmas and Happy New Year to all. Hope you have a nice Holiday =)

Happy holidays everyone!
My daughter is finaly old enough (2,5 years) to appreciate Chtistmas and is singing the songs all day, so this will be a fun weekend

Happy Holidays, everyone! 2016 was rough for some, smooth for others. Let’s head into 2017 with spirits high and clean slates!

Do you have a bad conscience?

Ha ha, I’ll admit that I’ve made some bad decisions this year. they were nothing terrible, I swear!

all that other goodness

Merry Xmas everyone. My other half got me an arcade machine with 600 games in it. It’s driving me mad, it’s sitting there and I can’t play it til tomorrow. Argh

He also got me ff15, gears 4 and a Samsung smart watch. Clearly has more money than sense

This Christmas will be different for my family…

In the distant past, extended family came to visit, from both sides off the family - grandparents, aunts, uncles, cousins, etc. However, ever since my parent’s divorce and the passing of all but 1 of my grandparents, the holiday season has been considerably smaller as of late - only me, my twin, an older brother, his wife and daughter, and our mother.

This year, though, will also consist of my sister-in-law’s family - her mother, father, brothers, and even a few of her closest friends - will all be coming down from California. Add to that the fact that my only niece now identifies as my only nephew,and it only serves to complicate matters (though I fully support him in his decision) for my family this holiday season…

Stress has been high in my immediate family the past few days, especially for my mother (who is sick), with cleaning up the house (which even included giving it a new outside coat of paint), additional Christmas shopping and cooking for everyone. I’ve even gone as far as asking my mother to not worry about getting me anything this year, so she wouldn’t have to worry so much. With less than 24 hours until everyone’s arrival we’re all incredibly nervous and excited, and hope all goes well in the 1st big Christmas our family has had in well over a decade.

Happy Holidays to everyone!!! Hope you have a good time, especially if you had a rough year…

Best wishes to you and yours this holiday season to everyone, regardless of what you celebrate. May you find happiness and warmth, create new memories toboook back in fondly, and may the awesome presents flow like egg nog or hot chocolate (whichever you prefer

Hope you all made it through this year okay, and may 2017 be everything you want and more!

Seasons Greetings and a very Merry Christmas and a happy Holidays!

My day will be crazy busy as it is falling on a Sunday this year and thus, as a stand in for our church’s adult Sunday School teacher and our only music director, it will be pretty much business as usual for me.

In terms of presents… my Grandfather already gave me $300 dollars as an early Christmas present… sadly most of it went to paying doctor’s bills, but I did have enough left to get “The Last Guardian” for PS4.

We generally just give and or get gift cards and such. Money always works in my book.

In terms of family… most of mine are too busy and too far away to come visit, so it will just be my grandparents, my mom, and me.

Just had a nice christmas evening, had some friends over (2 couples and their young kids). Nice food, good company and some hilarious games of Overcooked

Tomorrow (first day of Christmas) my parents are picking up my grandmother, or as my daughter calls her (loosely translated) old grannie…
She will be seeing our new house for the first time, also…

Later that day some gourmet at our house with my brother present.

Then monday (second day of Christmas) we will be visiting my wife’s parents in the afternoon (they have a Chinese restaurant so they are busy working in the evening) and having a Christmas dinner at my parents house later in the day.

So busy days, but good days! 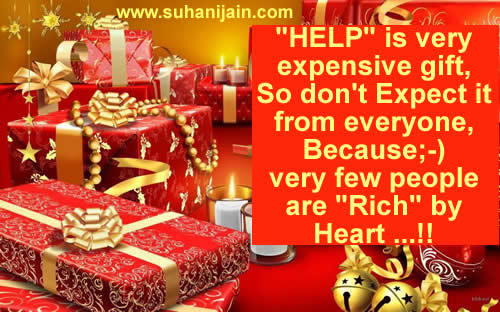