Once we hit 50 there is literally nothing to work towards with that character what if we got like 1 KI gold every 5 matches or something along those lines.

You mean the gold skin?

Oh OK yeah I’m down for that. As of now I only have 1 level 50 character and that’s my Riptor. So you said earn ki gold for every 5 matches? Would that be shadows Lords fights or would it include shadow Lords, multiplayer, ranked league, shadow lab, shadow survival, regular survival, shadow challenge, and everything else?

I’d start making bank then. With every character at 50, I’d be making Gold hand over fist!

I think 5 'matches in anything would be good enough where it isn’t too much gold your earning.

A bunch of my other guys are climbing quick thanks to shadow Lords. I got Saberwulf, general raam, eyedoll, fulgor, and Glacius climbing. Hell yeah I love this idea.

With only eight level 50’s, you are my inspiration.

Well, if you insist. 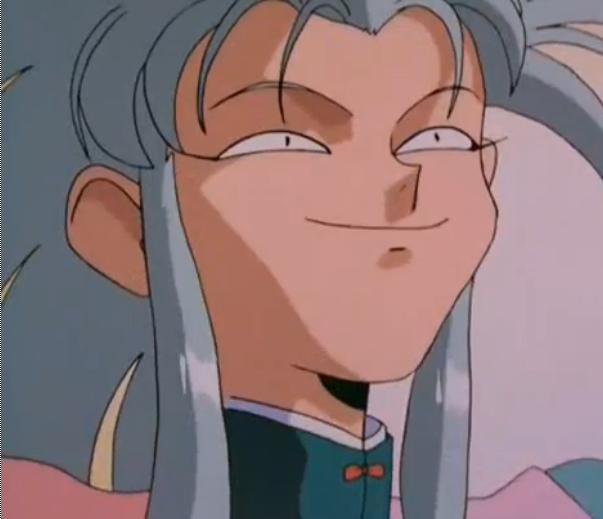 Tenchi Muyo! I own that entire series!

I know someone suggested having the option of transmuting XP in to either Shadow Points or KI Gold. I’d DEFINITELY be down for that as well.

I also threw out an idea a long time ago where they could make specific profile backgrounds that looked like martial arts belts and you would unlock them the more you played, but they’d be tied to specific characters. So maybe you’re a purple belt with Jago, but you’re a 3rd degree brown belt with Fulgore or whatever.

You wouldn’t have to equip them if you didn’t want people to know that you were a killer belt with Aganos or whatever, but just as something that you could keep earning post-level 50 that people wouldn’t absolutely have to get to feel like they have everything like colors or accessories, I think it’d be nice. Maybe a win gets you a star, and every ten stars moves you up a belt on the lower level belts, then more for the mid and higher belts, and there could be tons of belts and maybe ranking names to go with them like from VF4’s Kumite mode.

That, plus the option of transmuting XP in to SP and KI Gold sound like awesome post lvl 50 rewards to me! Any chance these could happen @developers?

yep! Earning XP after lvl 50 is such a waste. It should be converted on shadow points, KI gold or something else. The golden skins should give us some gold that would be neat.

Yeah. I currently have a level 50 profile and a level 50 riptor. So Everytime I play with riptor all that XP does nothing. I would love to be able to bank all that XP and decide what to do with it. Like at the end of the month I have 50,000 XP plus the XP you get from the daily loot missions (which still do me no good) so at the end of the month I have a grand total of 150,000 XP and I am going to use that to level my Saberwulf up by one level, my eyedoll by two levels, convert a small portion into shadow points and turn all the rest into ki gold.

Converting/spending XP for Shadow/Astral currency would be nice. I don’t see Gold being a valid currency. Never mind the inevitable:
“Earning KI Gold is such a waste, I’ve already unlocked everything!”