Cinematic sequences in game? What is this? A new story mode? Will be finished in a few months? What is this? Max commented this on his lates Umvc3 video and the screenshot is too large to upload.

It is true. Check Max’s new UMvC3 video. He replied that comment to someone. 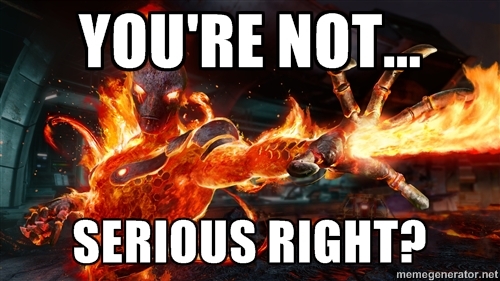 I thought it was confirmed new single player content was coming. Should be no surprise that it will be a story mode.

Probably will arrive with Gargos since he is a boss character. Sadly that means the remaining characters will be Guest Characters.

I bet it’s a part of the Shadow Lords mode.

“Not at all. Outside of making daily vids for YT, I’m currently making the trailers for Killer Instinct and doing direction/editing of cinematic sequences in game. The time for that project is equal to a full time job, while on the side I’m currently trying to finish a new live action movie which will be on this channel near the end of the month and has been in production for four months. Streaming is essentially the only chance I have to play games, and I haven’t had the chance to invest into SF5 since the 2nd day Alex was out. Most the Week Of’s are composed of very little practice/time spent playing and I hope to change that after the film is completed and I’m done working on Killer Instinct in the next few months.﻿” Maximillian Dood. I knew a story mode was coming. However cinematics? That is amazing. I was not expecting a story mode this deep. 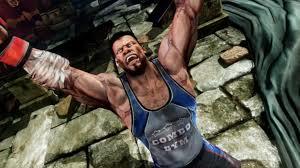 Probably will arrive with Gargos since he is a boss character. Sadly that means the remaining characters will be Guest Characters.

What makes you say that? Just because he may be a boss doesn’t mean that everyone following him after his release is going to be a guest…

Because stories usually arrive with the final character like Cinder and Fullgore in Season 1-2. Unless the final character is Eyedol, then I don’t see why they would release their most anticipated character who was a boss in the original game mid way in the season. Remember that Fullgore and Cinder were held last because they were the most anticipated. Not only that but another game that is doing it similarly is SFV which will be releasing its story mode with Guile.

I put 100 KI Gold that the story mode will come with Gargos.

I put Gargos that the story mode will come with 100 KI Gold.

Yeah Gargos’ midseason release makes more sense if the last character is a guest. If Eyedol was in this season it would make more sense to awkwardly release him after Mira instead of the big boss that three seasons worth of story have been building up to.

When Gargos steps through that portal can he bring with him some accessories and colors for Omen?

It’s hard getting him to level 50 without incentives.

It’s coming later in the season!

I’m hoping this idea can be incorporated into the cinematics for humor.

Gargos popping through a portal with Omen’s briefcase of accessories.

I know this. I just didn’t know about the cinematics.

Sure would be sweet if Shadow Lords had some Shadow AI!

well we kind of do know that hes partially right (if the leak from a few months ago is legit, which was the first to show shadow lords and mira so i would highly doubt its not). Im hoping that the last character is a legit KI character tho.

Wasn’t season 2s last character released ARIA?? i mean she is the big bad for season 2 and all. And Story mode isnt coming to SFV until June AFTER the third released character a month prior which is not Guile.

I definitely agree that story mode will hit with Gargos… I mean its all about fighting gargos’ forces so it makes alot of sense.