As a fan who used to alternate between Kim Wu as my main and secondary, here are my thoughts:

big legs doing crazy kicks. I mean… that was pretty much my whole KI2 experience, LOL.

Considering the Maya job they did (amazing) and Orchid’s body size, I fairly confident Kim will come out ok. But I totally second the importance of a good visual appearance. I’ve definitely played other fighting games where, out of the box, certain characters seemed boring for whatever reason… until I modded or swapped the costume weeks or months later. Then BAM, all of a sudden I’m really into playing a character I actually like to look at. Makes a huge difference. Just as a failsafe, it’s also way I’m hoping they open up the modding. Worst case scenario I’ve gone into SF4 and made some girls bigger myself! haha

I don’t wanna seem judgmental or anything, but I think you’re more worried about Kim Wu’s appearance than the actual character. No offense.

But yes, IG has done absolutely wonderful on making sure all of the returning characters have their old moves (and, usually, a new one), so I have no doubt about that. So I’m sure her “leg moves” will come back in some capacity.

My only hope is that Kim Wu looks like Kim Wu. As long as she looks recognizable–be it by legs, facial similarities or whatever else–I’m sure that everyone’s going to love her. Jago looks much different from how he looked in KI 1 and 2, but I was still able to recognize him when I saw him. No doubt in my mind that IG will also do that successfully as well.

Non taken. I politely disagree with your appearance opinion. Appearance to some can be a deal breaker. The first level of connection with a character is appearance. Everything else is important too, but if I can’t connect with appearance, be it the lovely form of the opposite sex, a character that’s representative of me, etc, then I just can’t get down with that character. It’s like the whole K-pop thing, some love it, some don’t. I don’t so I would stay away.

But you said it right, keep Kim Wu looking like the Kim Wu we know and love.

Alright, I’m totally lying: Cinder is a PERFECT example of a lot of people differing in opinion. Some loved him, some don’t, some hated him and now love him and vice-versa.

And yeah, I can know that feeling. I am totally okay with TJ’s modern design, but I can see why a character’s old appearance matters, especially to fans who have lots of memories of the original. If you want a good-looking female character, that’s respectable, and a big part of KI. The men are buff (well, most of them, at least), the women are beautiful, and everyone wants to kick some ■■■.

Granted, I’m not necessarily buff either, but I’m a big fan of characters who use brute force and boxing, which is why TJ appeals to me and always has. In my opinion, that should be the REAL reason someone chooses a character in fighting games; it appeals to them in some way and they’re comfortable to play as. A lot of times people pick based on tier, I feel like. But it’s not about that, for me; it’s about who you genuinely like as a character, someone you really want to put your heart into.

This rant is getting long, so let me sum it up:

TLDR: I respect your choice to play as a character that fits your aesthetic and I think people should keep doing that.

Not really concerned about her legs. I have every confidence they’ll make her look badass. Hopefully they don’t go overboard and make her KI’s Chun Li. Massive legs and a teeeeny tiny head lol.

But yeah, I said it in another thread, I’d like her to be a kick ■■■ konuochi perhaps. keep the nunchucks, perhaps incorporate them in to her autos and a throw using them would be cool.

Overall, I just want her to be fast and dangerous.

Hey, I love her style too now! Ha ha. That’s just me, I need appearance to go with all that style. That’s why she’s one of my favorites. And I too am a fan of brute force, hence TJ being another favorite of mine. He was also in my “main” rotation. Tusk? Not so much, *cough *he’s cheap.

Initially I hoped they would use a scaled down version of Maya’s body rig, but the more I think about it, I’m hoping they use the more slender Hisako/ARIA body rig. It’s just a bit more Asian female.
I can’t decide what I would want her at-rest stance to look like. The wide-legged Bruce Lee stance… might work for a woman? I don’t know…

I hope Kim Wu utilizes her NunChucks a bit more. I hope her RETRO costume looks identical to KI2. The pony tail, karate gee and FISHNETS! Yes please! Keep all her moves from KI2 and ad some wicked nun chucks moves!

Wonder if IG will use Juju Chan for one of those stunt silhouette thingys (can’t remember the exact name)
for Kim Wu’s combat animations. She is mostly known as the female Bruce Lee after all : ) 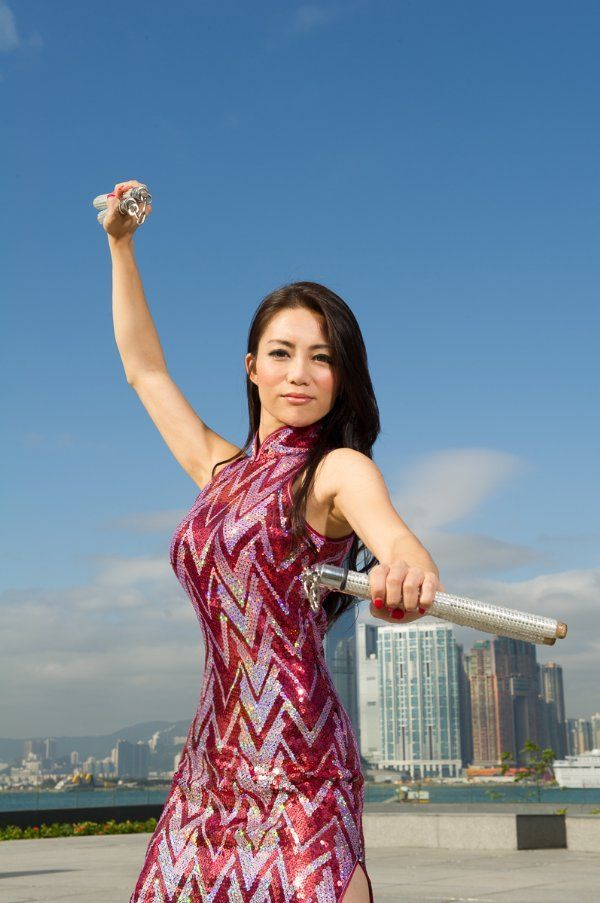 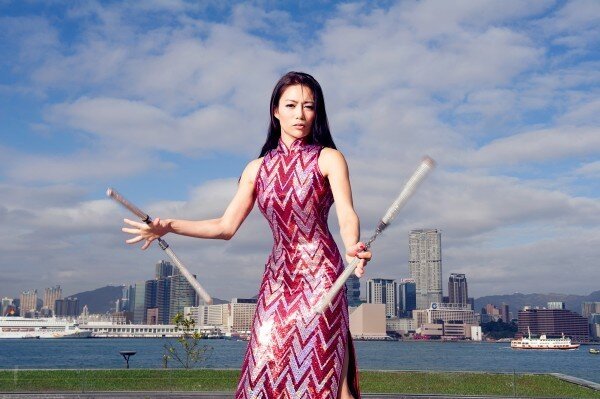 My biggest concern with Kim is… can she be thrown?

As long as she has a cute face I’ll be happy.

Hmm funny ya mentioned since Kim Wu (in a way) reminds me Chun Li as well. haha

Attractive and pretty face too, yes?

I just hope she has a noticeably youthful appearance.

Really? I care least about her age… Unless she’s elderly, I’ll be fine.

Well see I’m the opposite, her age is one of the reasons I fell for her character. Her age will be reflected on her so I’d like her to have a youthful appearance to go along with it. Besides, we could definitely use some more young blood in KI.

Kim is already considered the youngest but needs the maturity of age (at least mid 20’s) that’s best appropriate for her as an overall character/plot since she and Tusk (probably Gargos and Eyedol) are gonna play a big role for this finale. Characters can be 30+ but physically look young as in their early 20’s (an example). So honestly age is just a number. I’m pretty sure IG got this lol.