This is going to be a thread documenting my journeys with Kim as a main. As I continue to get better I’m hoping maybe some new players will give her some more love because as some of the greats like Sonic dolphin and those folks have said Kim does have all the tools she needs but she does take work.

When I started with Kim I have a I had/ have some pretty dismal fight stats. Kim has been my main but I alternate thunder and riptor

I lose to Jago by far more than anyone else but I’m guessing that’s just the amount of Jago’s there are out there.

Three of those wins are with riptor but the rest are Kim (I’m really proud of this).

Anyhow I’m going to add more to this later but here’s my thread. As for an audience I’m hoping that some new players hearing from another new player letting them know it is actually possible to win occasionally with someone they hardly see will spread some of the woo love.

[[placeholder for more notes this afternoon]]

“Why should I pick Kim when it’s clear no one uses her? Doesn’t that mean she sucks. You said your record was terrible!”

I actually just fought a killer with 63 Stars. He was playing Maya and I got about 25% through his second bar before I got juggled into Oblivion.

He sent me a message and said “good job!”

I don’t think I faced your Kim… I’m pretty sure I faced you playing tusk maybe do you play tusk at all?

I got annihilated by someone with a user tag of scary something playing Kim.

A lot of juggles and he nailed every dragon counter and he got me on a manual loop I don’t know what to call it really but he was on point.

He also got me with some cross up meaty which I’ve never really seen before. He was doing dragon kata and somehow he hit me with like a dragon dance that went immediately into a throw but it wasn’t her command move through and it was so fast it was like it was part of the combo it was weird I’ve tried to replicate locate it but I couldn’t do it in practice.

Nope just Maya and Kim. With Kim I have mixing in dragon counters now and have defeated killers 1/3 matches.

The 63 star might have been sadgirl? They are devastating with her.

I had a pretty good loosing streak today.

Does sad girl play orchid or sadira as well? I’m pretty sure it was a sad girl or maybe it was bad girl that juggled so high up out of the screen that I couldn’t see anything it was just blackness

They are the same person. At first I thought it was Shaolin FX with another set of accounts, but he states it was a known imposter (the individual is a known hacker).

I refuse to play Sadgirl. When I first met this individual that stated they were a new player from Brazil. Our first set of games, “she” felt like a new player. However when I pulled her info via Xbox live, it was a Smurf account with only 100 rep. A week later she was schooling me. A month later she had her first star. She kept sending creepy flirty messages and I had to block her.

She has several accounts now.

Seriously some people need to get a life.

Know how you feel. When you get to gold tier matches against gold/killer are 2/3 so they really test skill, meaning you cannot win on gimmicks because they will adapt the next match.

I am playing killers at least 50% of matches and have come close a few times, but victory elusive as expected for a “Master” level player. Though many times they disconnect which gives me free points lol.

Learned a good lesson with Kim against a silver spinal player. I crushed him the first life bar, then decided to practice my dragon counters. I messed them up and he comboed the hell out of me, and won with both of us on danger.

I also get my second draw out of nearly 1600 matches against a silver player, which apparently means you replay that match? Won the second time.

Good match just now! You play Sadira very well. I hate throwing my knives because I can’t do the mantis attack but at the end was like eh why not and chucked it

You should block often, even when someone is pummelling you.

OK, I am embarrassed to admit I made it to master and did not understand how to use shadow counters. Now I am mixing them in and doing better, maybe will even break out of master someday lol.

For sure. Although I an finding most very good players mix up their attacks so much it is hard to get it off.

It’s funny that you said that because even when I would go through the training and even when I would watch YouTube videos I still didn’t understand that there was a difference between Shadow counter and countering a shadow move.

Actually can you combo break shadow moves? You can immediately after right I feel like there’s a couple times that I’ve been countered broken from an in combo Shadow move or am I imagining it.

You can break shadow linkers. They produce 5 hits, you need to press MP+MK three times, each time must land on one of the hits performed. 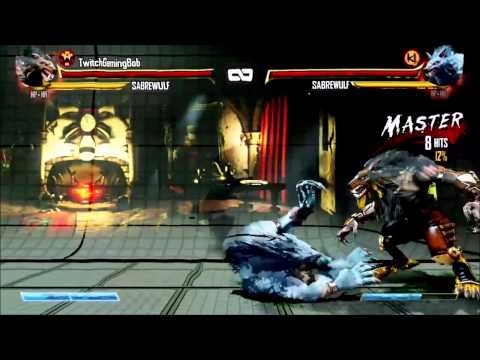