This is something I’ve been debating over myself since the start of Season 3: the lighting of the game. More specifically: the stage lighting. Season 2 looked pretty good in my opinion and I was excited for the changes in Season 3’s lighting system. However, while I do like how the game looks now, I can’t help but think that some stages with S2’s lighting look better. Devil’s Landing is the prime example of my feelings towards this topic:
Season 2: 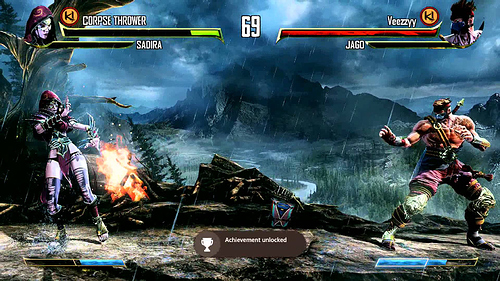 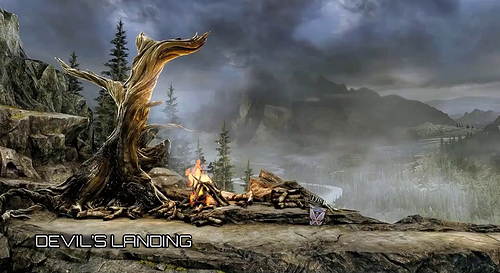 blob.jpg1280×700 301 KB
While I do like the misty overcast look of Season 3, I like the wet, rainy, and dark look of Devil’s Landing from Season 2 more because the contrast between the rain and characters was superb. So, I’ve structured polls for each stage. Which lighting do you like more?

For the most part I prefer season 3’s lighting aside from the occasional exception. Overall though I thought the season 2 lighting was fine, I could have lived with it as-is and been happy. Not really something that needed an overhaul, especially if things like that ate up funding that could have been used for character stages, ultimates or more customizations.

Kinda wish there was a third option for indifferent. While some are better now and others better then a lot aren’t really better or worse either or.

Devil’s Landing is the only one that I don’t like much. I liked it when it was a bit darker. It makes sense too, as the skies start getting cloudy and rainy. I wish it was a bit darker, but I trust that this is better than S2, IMO.

Here’s a video for reference:

Overall I think the S3 lighting system is much better, what I miss are the special effects in some stage (Cinder heat lava effect, Spinal and Hisako trembling effect, Thunder rain wet effect, Jago cloud shadows and the texture on the blue drapes) and some problem with some material appearing as black in some stage in S3 (mostly metals like Rash motorcycle or Glacius alen metallic mask on Aganos stage, etc.).
Beside that S3 lighting is a big improvement imho but forced me to raise light option to 3 in options otherwise in my oled i would see too much black crush eating much details (I use a calibrated panel perfect with all other games/movies/etc. so it’s not a tv problem).

season 2 lighting. The game looked so washed out.
Thnx IG, 343 & MS for making KI closer from what it was back at KI1 & KI2. A dark fighting game.
Season 3 lighting is the best change of this season IMO. I’ll drop this game instantly if they revert this outrageuos lightining change. KI looks awesome. Pls dont ■■■■■ it up.

I much prefer Spinal, Glacius’, and Thunder’s stages ins season two in terms of coloring.

In season 2 Spinal’s stage looked more spooky. Galcius’s stage looked much better without the fire and red coloring on the wreckage contrasting so much with the background. It looking more oppressively cold with everything blue. (I think I voted wrong accidentally on that one though). Thunder’s stage now looks too washed out.