Just saw this posted on the xbox marketplace??

Haha! I knew it! Hopefully this means we get Bed Sheet Hisako.

No it’s a character bundle. You also get KI gold if you purchase it. Did you guys really think we would get new content?

It was a Joke. We all know we won’t get new stuff for a while. My Bed Sheet Hisako Joke Is a Joke in the Hisako Topics by @Fwufikins

Holy sh*t my idea worked! I just made a thread about this last week!

So guys, I had an excellent idea. Not sure if this is in the right place, so mods, feel free to move it. As many of you all know, Halloween (best holiday) will soon be upon us. While many have been clamoring for more accessories (including me, more...

I KNEW it was a good idea! Good call, devs! @TempusChaoti @TheKeits

OH SNAP DUDE. LOL WAO. I didn’t think they would go through with that due to them being busy with S3! Good Job!

Damn, I was hoping there was new costumes/skins/colors or something… Hype hit the roof, then bottomed out on the basement floor.

I can certainly understand that frustration. Need me some new Halloween colors to celebrate the best holiday.

Everybody should just get a Pumpkin on their Head. I’d at LEAST be happy with that.

I’m still hoping we get some unique skins like we did for the Christmas one. 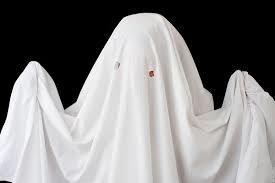 Just because he’s not dead or an Egyptian, it doesn’t mean he’s not a mummy.

This! Surely kanra is a definition of horror. He’s a ‘mummy’ right up there with the skeleton, ghost and werewolf

I got excited as well thinking skins.
Sill holding out hope for double xp since there is none for the season 2 aniv weekend.
Still cool bundle if you buy singles and don’t own the seasons.