Someone may sell there disk, or maybe MS will release a stand alone disk…

Rip to flac or buy mp3 if you want it digital

Kind of bummed the rest of the season 3 cast themes are not on there.

Curious have you tried putting the game disk in the cd player?

No, I haven’t tried that.

No Gargos theme?!!! This is an outrage!! The main reason I bought this was because I expected season 3 soundtrack!

Yeah, was really hoping for the Eyedol theme myself.

I supposed there will be a separate soundtrack. I will wait.

At least tusk is there.

Are you TROLLING? Rukari said it has all tracks on stream lol

Nope I heard that too…not sure why he said that. I hope I’m wrong! 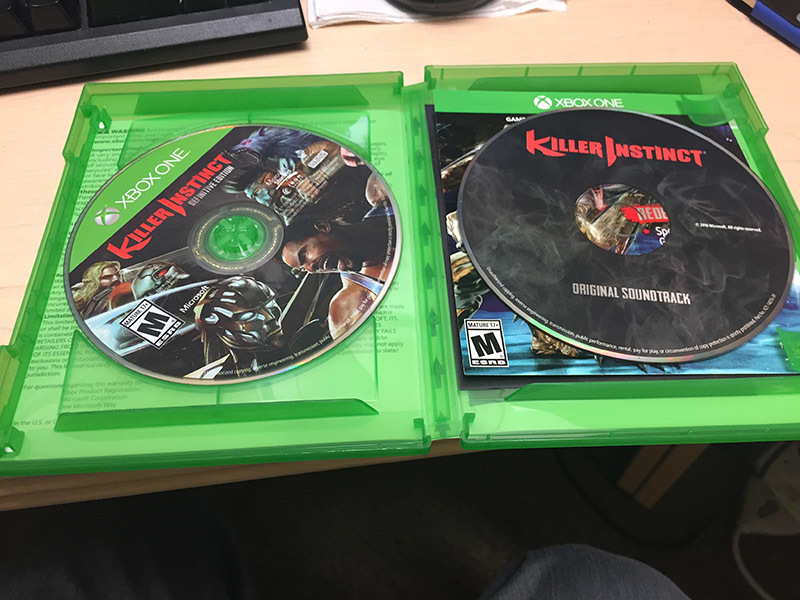 Alright thanks, that’s weird, maybe we can ask him

Hey man honest question. Can you please tell me if the bonus content is worth it and what we all really get?

Probably won’t watch the video stuff for a while, as it’s asking me to download the entire 40GB again when I have the digital installed.

Code for skin isn’t working yet and the soundtrack cd has select tracks.

Having the original KI and KI 2 is nice if you didn’t get them with the ultimate seasons earlier.

I wanted a physical copy for the shelf, so the rest is gravy.

Are ki1 and ki2 really on disc?? Like if I put the disc in my xbox without an internet connection, would I still be able to play it??

Yeah they install straight from the disc, not sure about the internet connection thing but they are listed under manage disc content.

I uninstalled my digital copies and reinstalled these and things seem fine.

Questions for someone wih the De.
If I own everything so far that’s been released is the extra content worth the $60?
I know there’s supposedly 2 gargos skins and my biggest thing is what is all the behind the scenes and bonus type content. I want make sure the DE Exclusives are worth the money. I also hope that they tell us wether the exclusive items are De only forever or not so I don’t have to waste money for no reason.