Very cool news from IG/MS. It looks like they financing this without a community fund!
Check it out:)

During the final segment of today's Xbox Daily Show broadcast from E3, Microsoft Studios Community Manager for Killer Instinct, Rukari Austin, announced the aptly named KI Ultra Tour, a series of tournaments for the title's third season with a total...

@rukizzel thanks! and good stuff on that podium with so many eyes watching!

It’s great to see them do this for us again, I especially like how this was announced during the Xbox Daily, during E3 so everyone knows about it.

Might be seeing some more blood show up, which is always a good thing

Yo, this is freaking great.

I literally shouted when the announcement was made.

Really excited to see the next year of competitive KI!

I’m extremely excited about the Ultra Tour because that means that there will be more tournaments and more people attending those tournaments! Hopefully something can happen around Connecticut where I might be able to attend.

I’m really happy for our brand-new and current tournament players, because I think the shows they put on at tournaments should be rewarded! I’ve seen a few different videos of high-level FGC players getting their first experience with KI and loving it, and it will be exciting to see what new blood can bring to the competitive scene.

I have mixed feelings about seeing other tournament players return to KI after this announcement; it’s probably unreasonable, but to me it feels like a betrayal of the game and community to drop the game completely (not just tournament competition) and then return simply because there’s more money to win. I felt much more welcoming to people who returned to the game when Season 3 started, because you’re returning for the GAME, not the MONEY.

Does that mean I think they shouldn’t be allowed to return, or compete? Absolutely not. But I will side with someone who’s been playing and supporting KI all this time over someone who is seeing dollar signs any day. I understand there isn’t time to play every fighting game to a competitive level, but I think a game like KI should remain in their personal/for fun repertoire even if they’re not looking to compete.

I actually want KI to get to a stage where salaried sponsorships for competitive players are commonplace. Reaching peak performance in a fighting game and traveling frequently for it can get to be a full-time job after all, so why should we expect players to just do it on raw passion? Don’t people who work hard to create value deserve to be paid for it?

You’re misunderstanding me, I think.

I love that there’s money to be won in tournaments, and I think if you are good enough to place/win, you deserve the prize. I have huge respect for the guys and girls who have been playing KI for years and show off their skills at the tournaments.

I just don’t have a lot of respect for “fair-weather” competitors who discard the game but come running back when money gets announced. The same thing happened around the Community Fund last year. It doesn’t make them any less skillful, I just personally think that it shows you’re not really in it for the game or the community, just the cash.

Look at people like LCD, Gutter, or Swordsman who have been playing, streaming and competing for years. They played, enjoyed, and participated in KI and it’s community even if there weren’t large decimal numbers up for grabs, and I think that kind of thing deserves recognition.

Well - much to what should be your liking - it tends to be the die-hard players/supporters of KI who take home top-honors at relevant tournaments. The way our game is designed has a large part in that, and I personally love it.

Might be seeing some more blood show up, which is always a good thing

I heard Snake Eyez wants to pick up KI… If i picks up RAAM is gonna be scary. 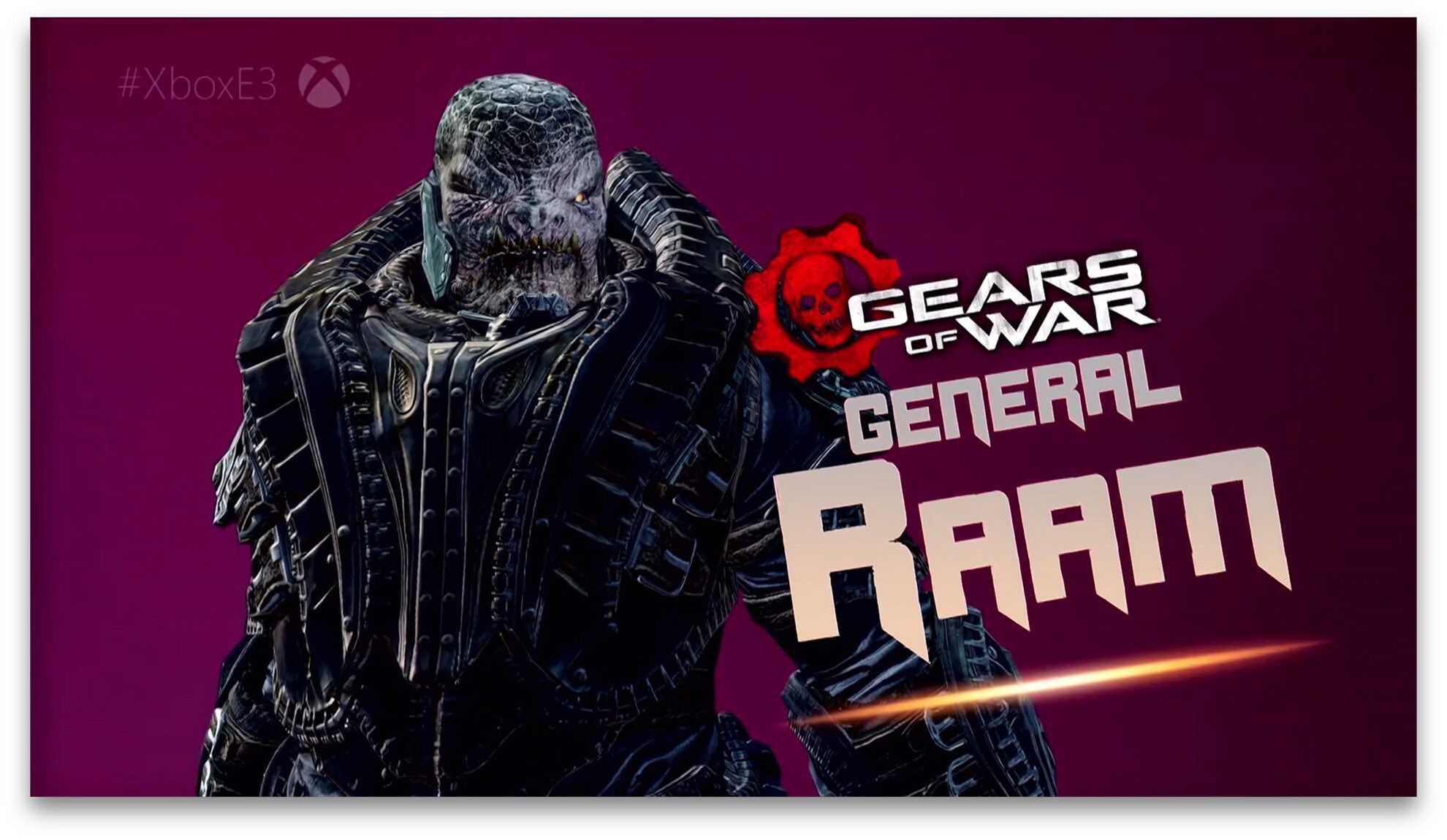 I can't believe they put this dude in Killer instinct from Gears of War! And he's a grappler!

Time to buy Ki and a Xbox one and start grabbing people.

oh god Infiltration mira would be a big problem

You’re misunderstanding me, I think.

It doesn’t make them any less skillful, I just personally think that it shows you’re not really in it for the game or the community, just the cash.

I think I understood you well enough. I still disagree.

I think people are absolutely justified in choosing to grind away at something supremely difficult if and only if there is money in it. It’s not going to make me respect them substantially less, either – remuneration is a sensible factor to take into account when sorting your priorities in life. Bluntly, having had some experience putting my all into hard endeavors for no pay, I can tell you that it has a tendency to eat away at your well-being and make you feel worthless, not to mention the damage it can do to your bank account and career.

I think people have developed some exploitative thinking wrt passion these days. People expect game developers to burn out on near-constant crunch for half of what they’re worth because they’re doing what they’re passionate about; and apparently, we expect pro players to bust their asses for free if necessary just to demonstrate their passion for the game, as if that matters more than their own well-being, before they can even think about being in with a chance of winning prize money, let alone a more consistent revenue stream. It’s basically using passion to wring free or cheap labor our of people, rather than tapping into that passion to improve things.

Mind, I get that passion is all the FGC had once upon a time, and I get that these are still tough times even now, especially for KI. But due to what it entails, I find the idea of demanding pro players to subsist on passion alone kinda insulting.

I understand both view points but I am leaning more towards the side of having more respect for the people who have been playing and supporting the game because they like the game, not just because they want to win some money. Not that there is anything wrong with playing a game to win money, if I was good enough to do that I damn sure would be doing it too, but I am always going to route for the guys/girls who genuinely love Killer Instinct over somebody who is literally only picking it back up because they think they might win some money.

Exactly my point. I’m not saying they can’t or shouldn’t be allowed to participate and win if they can, but my loyalties lie first with those who have a proven loyalty to the game and community. I have no problems with people who have continued to play the game even if they retired from playing KI competitively and are returning to the tournament scene, just those who dropped it 100%.

Just my opinion, and I know there are plenty who will likely disagree with it, which is perfectly fine! Whatever the Ultra Tour is, along with the funding, the casual, spectator, die-hard and competitive KI scenes will all benefit from it, and it’s great to see MS giving KI support like we’ve been asking for.

Is there footage/a stream I can catch? That sounds lovely.

So if a competitor comes back to KI because of the money, I wouldn’t say they’re “fairweather”. But rather, maybe just now it finally makes business sense for them to play a game they liked but couldn’t justify in their schedule.

Anyway, not many competitors came back to KI in S2 despite $100k for tournaments in the community fund. And with many of them focusing on SFV right now (which has $500k in the Capcom Pro Tour), they still might not. But if some of them do, I would enjoy that.

Don’t people who work hard to create value deserve to be paid for it?

having had some experience putting my all into hard endeavors for no pay, I can tell you that it has a tendency to eat away at your well-being

So if a competitor comes back to KI because of the money, I wouldn’t say they’re “fairweather”. But rather, maybe just now it finally makes business sense for them to play a game they liked but couldn’t justify in their schedule.

I have no problems with people who have continued to play the game even if they retired from playing KI competitively and are returning to the tournament scene, just those who dropped it 100%.

You have this completely untestable claim about how troo the player’s dedication to the game is. Unless someone wins Evo then turns around and straight up confesses “I only jumped on-board for the money, KI sux,” you have no grounds to assume that’s what’s going on, and plenty of grounds to assume that the money made a dream feasible for them.